‘I’m in therapy, I can’t work out now’: Deontay Wilder reveals he had to have bicep surgery after crushing defeat by Tyson Fury and has been UNABLE to train yet… but is STILL eyeing trilogy fight before the end of the year

Deontay Wilder has revealed his devastating loss to Tyson Fury earlier this year left him requiring surgery on his bicep.

The American tasted defeat for the first time in his career back in February as Fury won their Las Vegas rematch.

The pair are due to come to blows again in a trilogy bout, which was scheduled for July 25 before the coronavirus pandemic caused its postponement. 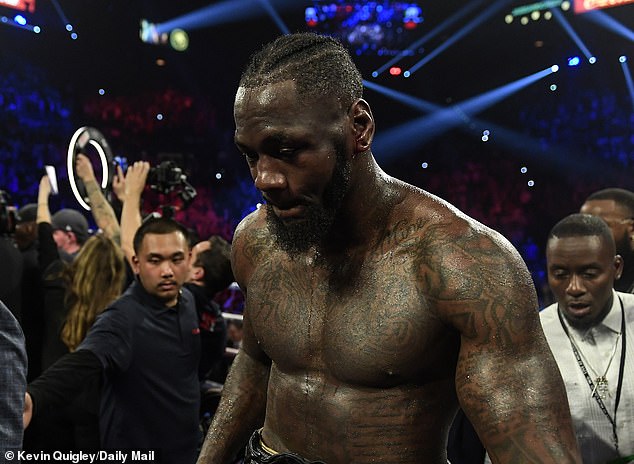 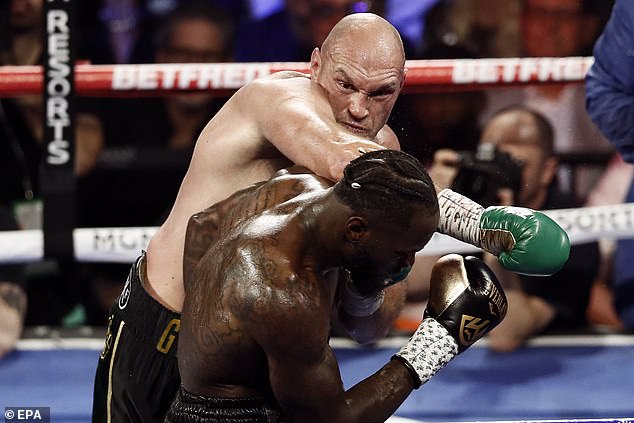 But the Bronze Bomber has been unable to train due to his injury issues.

‘Recovery [is] going well, I’m in therapy, I ended up injuring it during my last fight, somewhere up in there’, he told the PBC Podcast.

‘But everything is going great with it. That’s another thing, I’m focusing on recovery, getting myself back to full health.’ 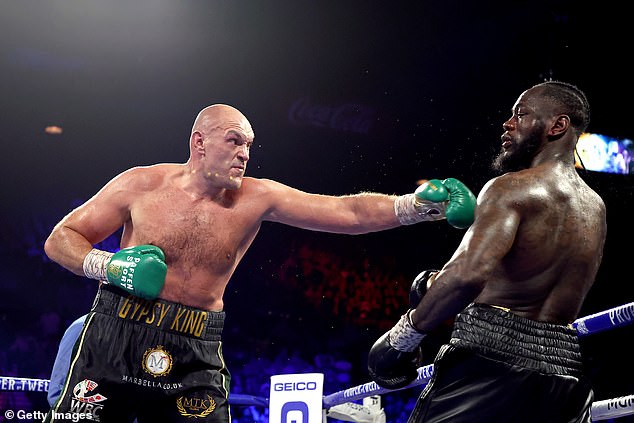 He added: ‘Oh yeah, I can’t work out now. Once I get healed with my arm I’m looking forward to just working out, being able to do the things I love to do.

‘Right now I’m just sitting back and getting taken care of, all meals being prepared for me, a lot of catering now between my fiancee and all the kids around me. It’s nothing we can complain of in this moment in time. 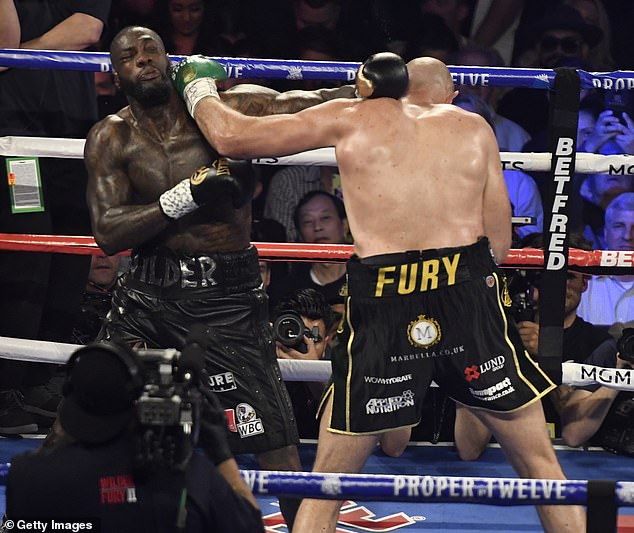 Despite his lack of training, Wilder is still eyeing a trilogy bout against Fury this year

‘We all have to survive and I love being around my loved ones through these tough times.’

Though his trilogy bout against Fury appears likely to be pushed back until next year, Wilder remains hopeful that they can enter the ring before the end of 2020.

Wilder added: ‘Hopefully this corona stuff be out the way and we can get back to camp and be ready to go again some time at the end of the year.’

Tags: had, have, he, reveals, to, Wilder
You may also like
Latest Posts

Richmond were great but let’s never have another night grand final
Recent Posts
This website uses cookies to improve your user experience and to provide you with advertisements that are relevant to your interests. By continuing to browse the site you are agreeing to our use of cookies.Ok