Tyson Fury has vowed to “get smashed out my f****** face” on Conor McGregor’s Proper Twelve Irish Whiskey after beating Deontay Wilder in their highly-anticipated heavyweight rematch tonight. McGregor’s company is one of the sponsors for Wilder vs Fury 2 and the UFC star treated Fury to a bottle by sending one his way before fight night.

In an interview with TheMacLife, a reporter handed Fury the bottle on behalf of Proper Twelve, prompting Fury into a response.

“Thank you very much Conor,” he told the MacLife. “I appreciate it.

Fury claimed in December that McGregor has got in touch with him over a potential switch over to MMA following his dabbling into WWE in October. 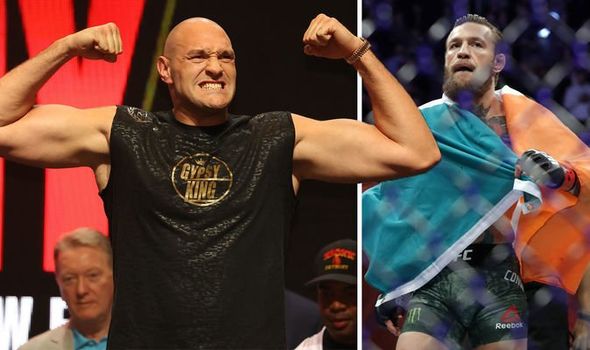 He told RTE Radio 1: “I think Conor is an absolutely fantastic fighting man. He has offered to train me if I ever want to go into MMA.

“What better trainer could I have than The ‘Notorious’ Conor McGregor? I’m looking forward to coming to train with Conor. We’re going to get it all planned in and I should be over in Dublin quite soon.

“I’ll definitely be coming over for a training session that is for sure. I have been MMA training with Darren Till in Liverpool. I really enjoy the new challenge.

“I don’t know where or when [I’ll make my MMA debut] because after I finish my boxing career I fancy my hand at MMA as well.”

“Tyson keeps saying me and him spoke and said I would train him. I never spoke to Tyson in me life, so I don’t know why he’s saying that.

“It’s not a bad little story, so I let it roll. Tyson’s a good man. I like him. He’s a great boxer, phenomenal boxer. Probably the best natural boxer in the heavyweight division at this time.”

McGregor bigged up the fight earlier this week, quote-tweeting a video of the men shoving each other in the final press conference. 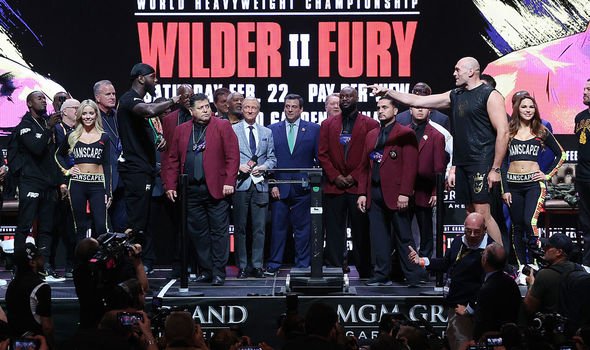 He tweeted: “Big respect to both men here. Both jaw-breakers in scenarios like that past. Without doubt.

“Maturity! Excellent. We are in for an amazing fight this weekend. Brought to you by Proper No. Twelve Irish Whiskey.”