‘I didn’t think he should have’: Deontay Wilder’s trainer Jay Deas claims he did NOT want the towel thrown in and blames mix-up with co-trainer Mark Breland after Tyson Fury defeat

Deontay Wilder’s trainer Jay Deas says he did not want to throw the towel in against Tyson Fury, suggesting there was a mix-up in his corner.

After being floored in the third and fifth rounds, Wilder’s co-trainer Mark Breland opted to concede the fight in the seventh round by throwing the towel in.

The Bronze Bomber was clearly aghast at the decision, saying afterwards he wanted to ‘go out on my shield’, and his trainer Deas insisted he wanted Wilder to continue despite the battering he was receiving. 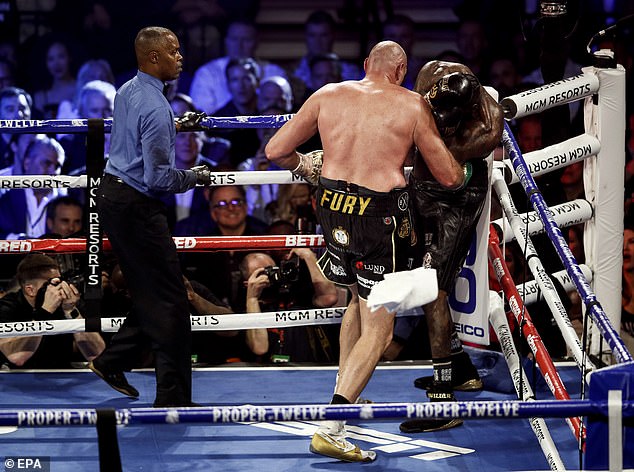 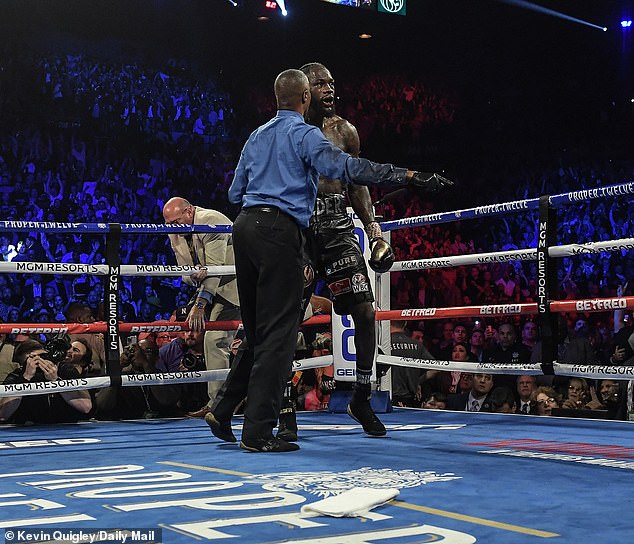 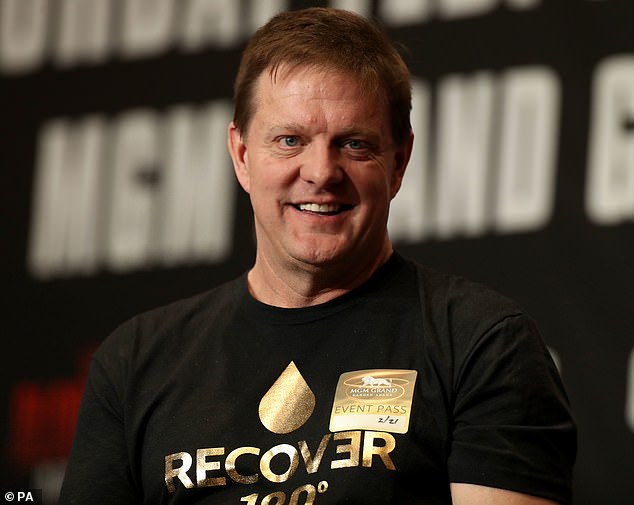 ‘Ours is a little bit more like an American football team where the head coach doesn’t necessarily call the plays – you have an offensive and defensive co-coordinator.

‘What happened between rounds was Mark said something about throwing the towel in and I told him, “Don’t do that”, I didn’t think he should do that.

‘Then the fight went on a little bit longer and then I saw the towel go in so I haven’t talked to Mark about it but we’ll talk about it and figure out what exactly happened there.’

‘I didn’t think he should have [thrown in the towel]. Deontay’s the kind of guy who goes out on his shield and he will tell you straight up – don’t throw the towel in.

‘In fact, in the dressing room when Tyson was getting his hands wrapped in one of the earlier fights which they show on the screen in the locker room they had a guy who got stopped, we were like, “Stop the fight, stop the fight”. 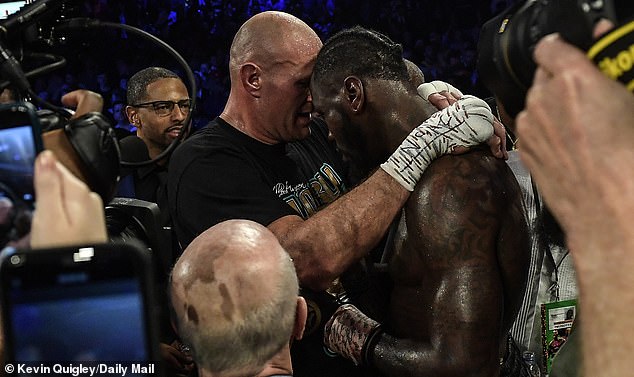 ‘And right when the ref stopped the fight and the towel came in, Tyson looked at his people and said, “Never”. And I said, yeah, that’s the same kind of guy Deontay is, he does not want that.

‘You’ve always got to consider also that Deontay is a fearsome puncher, so that’s always a difficult thing because he does always have that [ability] to land a big shot and turn things around.

‘That’s what happened there but Deontay is doing well, he’ll be back, he’ll be all the better for it but congratulations to Tyson and to his team, a class act all the way around, and we’re thrilled to be part of the show with him.’