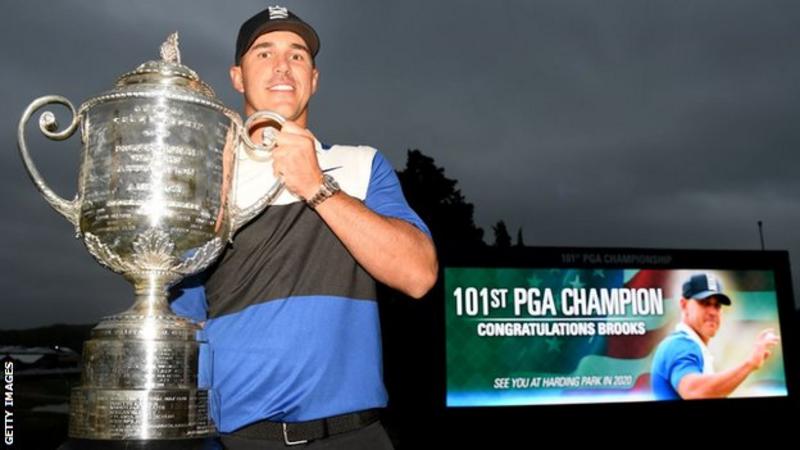 The PGA Championship, one of golf’s four major events, has been postponed because of the coronavirus outbreak.

The tournament was scheduled to take place at TPC Harding Park in San Francisco, California from 11-17 May.

It comes after The Masters, which was due to begin on 9 April at Augusta National in Georgia, was called off last week.

“Throughout our evaluation process, we have been committed to following the guidance of public health authorities.

“This is a reflection of a thoughtful process. We are and have been working in concert with [PGA Tour] commissioner Jay Monahan and our partners and friends at the PGA Tour to find an alternative date that works for all. We are all very hopeful for a great outcome.

“We are also in dialogue with [San Francisco] Mayor [London] Breed and her team and look forward to hopefully bringing the 2020 PGA Championship to TPC Harding Park at a date this summer when it is safe and responsible to do so.”

Four more events on the PGA Tour have been called off; the RBC Heritage – which should have been played the week after the Masters – the Zurich Classic of New Orleans, the Wells Fargo Championship and the Byron Nelson event.

It means there is no American men’s golf scheduled until the week of 18 May at the earliest.

The European Tour’s next event set to be the Andalucia Open on 30 April. The first ladies major of the year, the ANA Inspiration, was also called off on Friday.

Tags: Championship, coronavirus, PGA
You may also like
Latest Posts