Golf’s Mr Muscle Bryson DeChambeau left a gathered crowd of spectators gobsmacked on Saturday after hitting an outrageous tee shot almost straight into the green on a 530-yard par 5.

Over the past 12 months DeChambeau has earned the reputation as the sport’s biggest hitter and regularly rips the driver off the tee to distances with dwarf that of his competitors, yet at Bay Hill he went that one step further.

DeChambeau took to the tee on the par 5 sixth hole and stared across at an expanse of water that no other golfer would even comprehend getting the ball across. 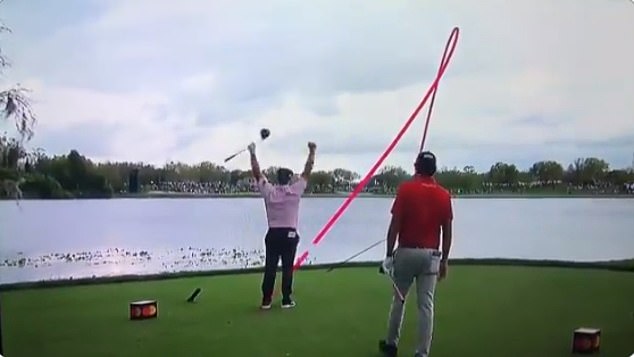 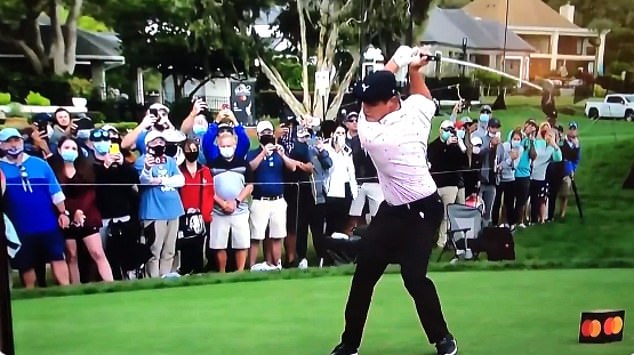 Since the tournament began on Thursday, DeChambeau had made it something of a personal quest to dramatically cut out the entire dog-leg left curvature of the whole and go straight for the main prize.

A cool 530-yards stood in the way of the 27-year-old, but with favourable weather conditions the impossible became a reality.

Camera lenses snapped in a flutter of anticipation as Californian gripped and ripped the driver with brute force and waited momentarily to learn the outcome. 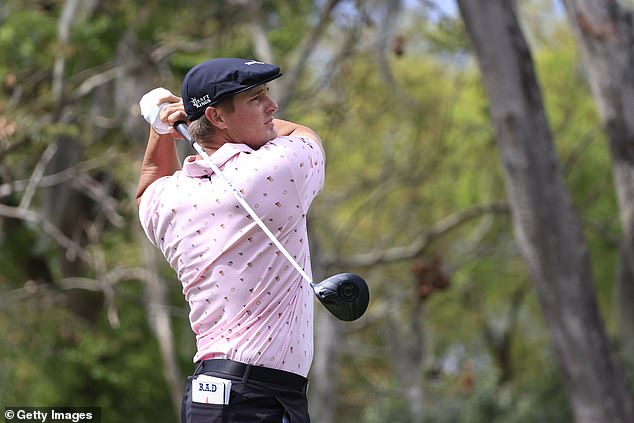 A chorus of cheers could be heard, initially murmouring before bursting into shouts of joy once people realised the lake in front of him had been conquered. A slightly more direct line of attack would have likely seen DeChambeau hit the green in one.

Fans watching at home were treated to a unique view of the shot-tracer, which followed DeChambeau’s ball as it pierced the skies above the water before making it safely across and hitting the greenside fairway.

DeChambeau could be seen following the flight of the ball in the air before punching both arms skywards once he realised where it had landed.

He had tried the feat a day prior, though strong winds made the notion of hitting the greenside nothing more than fantasy.

After his first attempt on the sixth, DeChambeau later told the PGAtour: ‘The crowds were great with it. 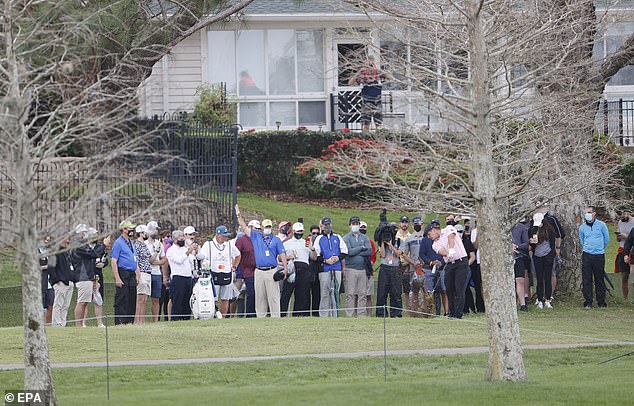 ‘I pulled out an iron as a joke off the tee box. For me, it (the wind) was just too much off of the right and more into the wind than anything.

‘With the driver that I’m using right now it’s a heavier head, and so I can’t get the speeds that I’m trying to obtain on the golf course out here.’

The US-Open winner has been in fine form in the tournament, and enters Sunday’s final round of play with eyes on the top spot.

At present time of writing DeChambeau finds himself tied second on the leaderboard at nine under par, just one shot behind leader Jordan Spieth.

Tags: 370-ya, DeChambeau, hits, monster
You may also like
Latest Posts