DEREK LAWRENSON: Desperate Greg Norman’s reputation is going down in FLAMES as he struggles to attract a credible field for Saudi breakaway

Maybe in 50 years’ time people will look back on the Saudi involvement in golf as the feelgood revolution that changed the game for ever. Right now, it is changing reputations for ever and in anything but a good way.

As if Phil Mickelson going down in flames was not shocking enough, there appears a grave danger that Greg Norman is about to join him.

The Australian is CEO of LIV Golf, the organisation put together with so much Saudi money they thought it would be a cinch to buy the loyalty of the sport’s leading names. You could say it’s not working out that way. 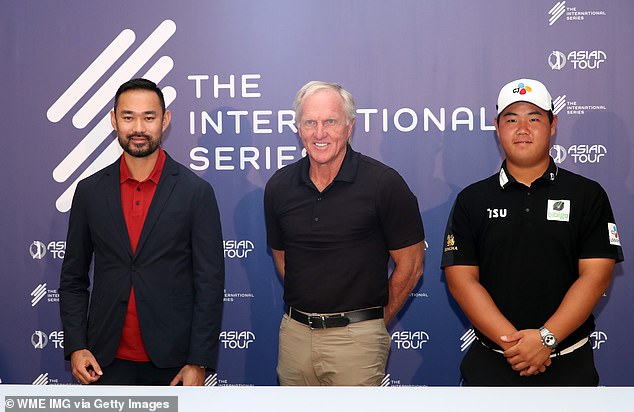 Seven weeks to go until their first event, the richest tournament by far to be staged in these isles, and still we await the official announcement of the first ‘marquee’ name who will be appearing at the Centurion Club in St Albans.

What should be the hottest ticket in town is still not a ticket at all. A $4million first prize? As the DP World Tour touches down on European soil this week for the first time this year, that is as much as the total prize money on offer combined for the opening two events in Spain.

Norman is still struggling to attract a credible field, even though he is only looking for 48 names for a three-day tournament. No sooner had Bubba Watson’s name appeared in a report last week than the two-time Masters champion revealed he would be playing in Canada instead.

Martin Kaymer? He is the latest figure to join the likes of Lee Westwood and Ian Poulter in supposedly being inked in to play. The German certainly fits the profile of a player who enjoyed an illustrious career but whose best days are behind him. He is currently ranked 176th in the world. 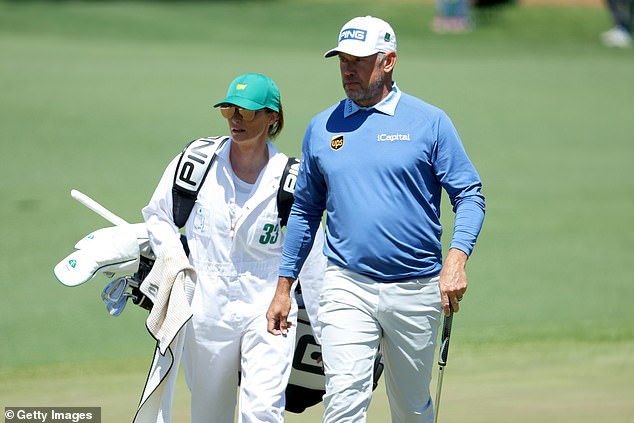 Lee Westwood, Ian Poulter and Martin Kaymer have been linked with the lucrative event

Norman did a series of interviews last week and all of them came across as just a little desperate. As someone lucky enough to have interviewed him on a number of occasions over the years and always enjoyed his company, it was difficult to believe it was the same man.

‘We respect the Masters and we thought we’d let it go off before our announcements,’ he claimed. Seriously, Greg? How good of you. There was more, including the most fearful rubbish alleging a conspiracy involving the PGA Tour and a golf writer to cause maximum damage to the Saudi project.

‘I hope a kid ranked 350th in the world wins our event and it changes his life,’ Norman told the Telegraph. So he thinks he will have to go all the way down to 350th to fill out a 48-man field for Britain’s richest-ever event?

Just as well he says he ‘can take the blows’. Whether or not his reputation can take them is a different matter altogether.

Spieth is just a hot putter from Grand Slam joy

Following Rory McIlroy’s best attempt yet at becoming only the second player since 1966 to achieve the career Grand Slam, it will be the turn of Jordan Spieth to try to complete the set at the US PGA Championship next month.

Judging by his extraordinary triumph in the RBC Heritage event in Hilton Head, South Carolina, on Sunday, it is likely to be eventful.

So much for the old adage about driving for show and putting for dough. ‘I won without a putter,’ declared Spieth and he was not far wrong. 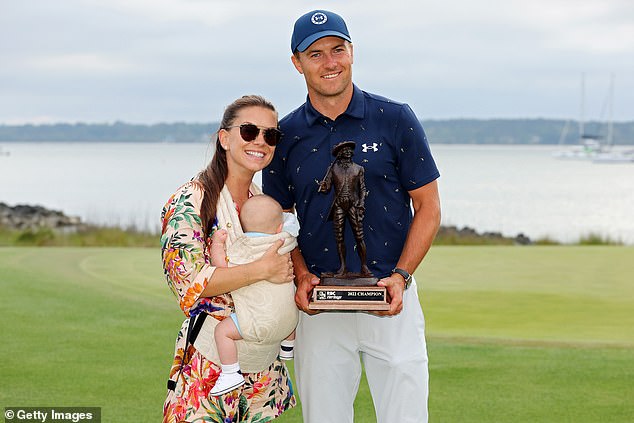 After missing a tiddler on the 18th in the third round, he missed two more inside 5ft on Sunday to finish a lowly 60th in the putting statistics, and yet still ended up the victor after beating Patrick Cantlay in a play-off. You have to go all the way back to 2009 to find a winner in a PGA Tour event with such poor putting.

Like McIlroy, Spieth has not won a major since the career Slam moved into view after he added the Open in 2017 to his triumphs at the Masters and US Open in 2015.

A prolonged slump coincided with Brooks Koepka replacing him as America’s golden boy when he quickly won four majors. Spieth lost a thrilling duel for the Open last year to Collin Morikawa and is now not even the top man in Texas following the remarkable progress of new Masters champion Scottie Scheffler.

There is one sure way, however, to become the leading stud once more and that is to complete the feat managed only by Tiger Woods in the last 56 years. Spieth’s confidence must have soared on Sunday, given that he won his three majors by putting better than anyone else. If he can beat a strong field during an off-week for his best club, what damage can he do with a customary putting display.