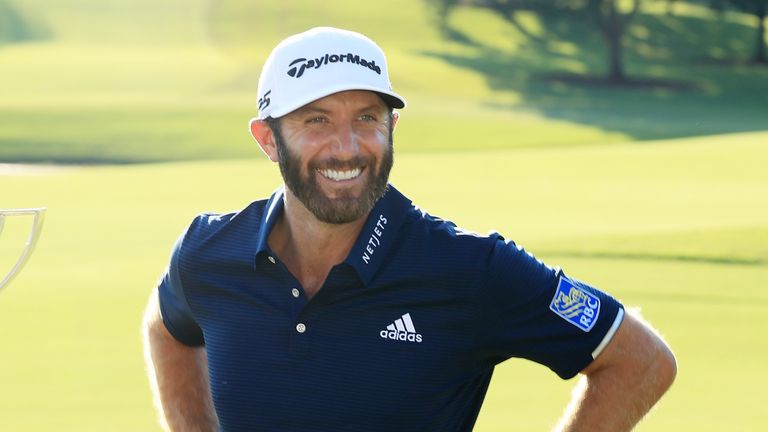 Dustin Johnson has been named PGA Tour Player of the Year for the second time.

The 36-year-old claimed three tournament wins to help him win the FedExCup title, despite missing the start of the season while recovering from a knee injury.

Johnson ended the campaign with two wins and two runner-up finishes in his last four starts to ensure he would go back to the top of the world rankings.

Victories at The Northern Trust and Tour Championship earned the American a first FedExCup title and the $15m (£11.7m) payday that goes along with the trophy.

His other win came at the Travelers Championship.

The Player of Year is voted on by PGA Tour members who played in at least 10 events during the 2019-20 season. “Dustin made it known throughout the season that the FedExCup was a priority and his performances in the FedExCup Playoffs were nothing short of spectacular with two wins and a playoff runner-up at the BMW Championship,” said PGA Tour commissioner Jay Monahan.

“His demeanour and athleticism on the course make it look very easy but, behind the scenes, he’s worked incredibly hard coming back from injury and his 2019-20 season speaks for itself in further bolstering his World Golf Hall of Fame resume.”

The PGA Tour did not release the results of balloting, saying only that Johnson, who also won the award in 2016, was selected over Collin Morikawa, Jon Rahm, Webb Simpson and Justin Thomas.