The talents of Tommy Fleetwood, Matt Fitzpatrick, Tyrrell Hatton and Justin Rose represented a persuasive case for an English victory in the build-up to the 120th US Open.

Instead, all four were due on a flight to London on Saturday having missed out on the final two rounds at Winged Foot.

This was a halfway cut that proved a deep one for the home challenge. 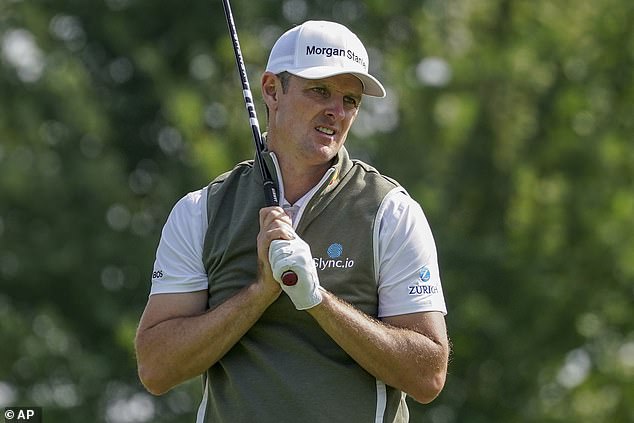 In all, 10 of the 13 Englishmen in the field joined stars such as Tiger Woods and Jordan Spieth in sitting out the weekend.

Indeed, the chances of an English victory at the midpoint appeared to rest with Harris English, who was just two off the lead held by former Masters champion, Patrick Reed. Since he’s a proud American, however, he can hardly be claimed.

Not one Englishman was in the top 20, with the limp challenge spearheaded by 47- year-old Lee Westwood, who was playing in his first event in America since the end of lockdown. Even Westy started his third round with a double bogey on Saturday.

The other two to make it through were Matt Wallace and Paul Casey, the runner-up in the season’s first major, the USPGA in San Francisco last month. 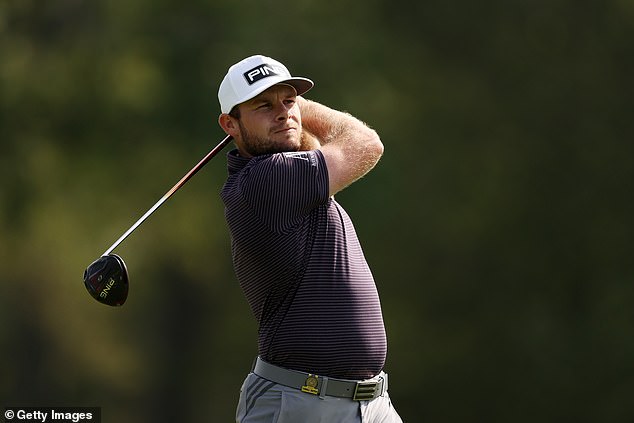 Casey did well to avoid being a casualty himself after opening with a 76 — he shot 70 on Friday — and did miraculously well to recover from a horror start of five over after seven holes to post a 69 on Saturday.

Wallace, who carded a 73, battled hard as well but it was small pickings when set alongside the rich optimism going into the event.

The best score early on came from Europe Ryder Cup player Alex Noren, who made swift progress through the ranks with a marvellous 67.

So what happened to all those high English hopes of a victory?

Sir Nick Faldo’s magnificent legacy of six majors are supposed to be an inspiration but, in the near 25 years since he stopped winning, it has often appeared more like a millstone.

In the 96 majors since, there have been just two English victories, for Rose at the 2013 US Open and Willett at the Masters three years later. There’s no need to go over the top regarding Fleetwood, Fitzpatrick and Hatton, since all three are still in their 20s and younger than when Faldo acquired his winning habit. 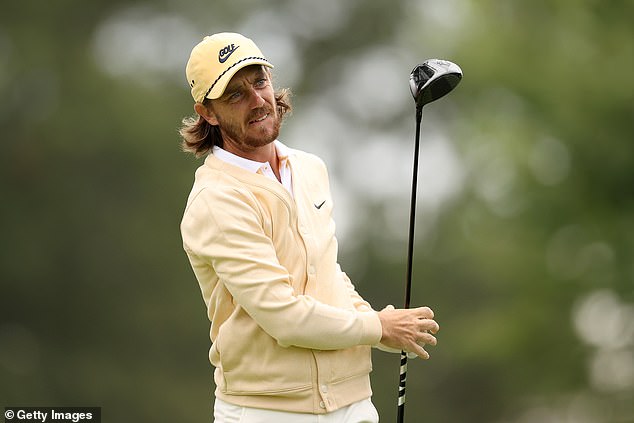 Tommy Fleetwood’s best days are ahead of him, but he failed to make the cut at Winged Foot

All the same, it is a little worrying when all three bow out prematurely on a course that appeared suited to their strengths.

Fleetwood is a wonderful driver of the ball and one of the best iron players in the game.

Hatton came to the fore on a similarly tough course at Bay Hill in March at the Arnold Palmer Invitational. Fitzpatrick is a fairways and greens man and a marvellous putter.

Yet the nearest any of them came to making a challenge was early on Thursday morning, when Hatton birdied the first two holes to briefly hold the lead.

Let’s hope all three come roaring back at the Masters in November but the game becomes a different one when people start speaking in terms of you winning a major, and your own expectation levels start rising. You do wonder whether it played its part in their collective failure.

Hatton, for example, has had a great year and established himself in America, despite all the upheaval caused by the pandemic. 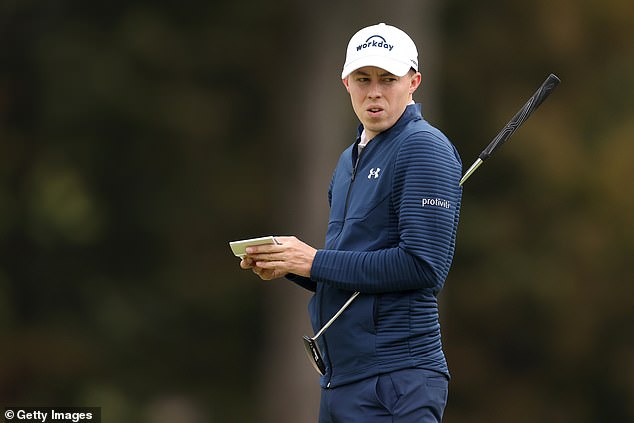 But one victory and several other good finishes sit jarringly alongside two missed cuts in the two majors staged so far.

All three are fiercely ambitious, so you can be sure they will be searching for their own answers behind closed doors.

More concerning is the precipitous decline of Rose, who is unable to recapture that majestic long game that made him one of the best players in the world for the best part of a decade. In his prime, he’d have been one of the favourites last week, but, over the past 18 months, the 40-year-old has fallen from world No 1 to 20th, mustering just five top five finishes from 35 starts during that time.

In an effort to find a solution, he’s changed coach and changed clubs but he appears no closer to rediscovering any consistency off the tee.

Rose hit just 21 per cent of fairways over the two rounds, including a pitiful three out of 14 on Friday.

Poulter has a bewilderingly bad record at the US Open.

Let his words to his considerable social media following sum up an abject week not only for himself but his English colleagues. ‘As I trudge back to my car, I don’t enjoy playing in US Opens at all… they’re a misery,’ he wrote.

England’s Mel Reid is one shot behind leaders Hannah Green and Cydney Clanton at the shortened Portland Classic.

The tournament was reduced to 54 holes because of poor air quality due to wildfires. Australia’s defending champion Green and American Clanton both shot six-under-par rounds of 66. Reid was one of four players in the clubhouse on 67.

Tags: by, dented, Dismal, English, Pride
You may also like
Latest Posts

Liverpool urged to beat Man Utd to Dayot Upamecano transfer by securing January deal
Recent Posts
This website uses cookies to improve your user experience and to provide you with advertisements that are relevant to your interests. By continuing to browse the site you are agreeing to our use of cookies.Ok