Six-time major champion Sir Nick Faldo has claimed golf officials have already decided the 2020 Ryder Cup will not take place this year. Golfers including Rory McIlroy and Brooks Koepka have been very vocal in their opinion on wanting the Ryder Cup postponed if no spectators are allowed into the Whistling Straits golf course for the biennial showdown.

The PGA Tour got back underway earlier this month after the season was suspended due to the coronavirus pandemic.

But the Tour has come under some criticism with a handful of players withdrawing from events after a number of positive tests for coronavirus.

The former world No 1 climbed up the headboard on Saturday with an incredible round of 61 and his three-under par round on Sunday was enough to clinch 21st PGA Tour title. 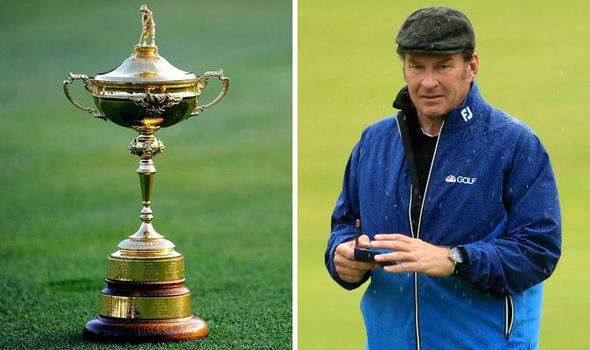 The American dominance in the early stage of the Tour restart will have given them confidence heading into the 2020 Ryder Cup.

But speaking after Johnson’s win, former Europe captain and CBS commentator Faldo claimed the Ryder Cup had been postponed until 2021.

“Unfortunately with the Ryder Cup being cancelled, being moved on a year, it would have been good timing for America right now,” he said on Sky Sports.

Sky Sports Golf presenter Sarah Stirk quickly added: “That has not been confirmed.

“I think we are expecting an announcement next week.”

The suspension of the golf season has led to a complete re-jig of the 2020 calendar, with the British Open Championship being cancelled altogether.

The Masters, US Open and PGA Championship have all been postponed until later in the summer.

But last week, it was confirmed that the PGA Championship – scheduled for August 6-9 – would go ahead without spectators.

The US Open takes place a month later and is scheduled for the week before the 2020 Ryder Cup with a decision yet to be made on whether fans will be allowed at either event. 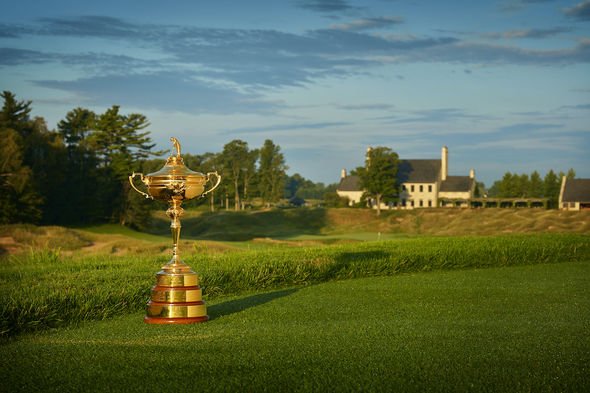 Golf officials on both sides of the Atlantic are expected to make an official statement on the plan for the Ryder Cup at some point this week.

European Tour’s Keith Pelley said earlier this month that a decision would be made by the end of June.

“I’ll simply say: you’ll know by the end of the month,” he said when asked whether the event would take place, be moved or be played behind closed doors.

“We’ve been revamping our entire schedule, the PGA of America have been trying to run the first major of the year,” he said. “There was no rush, now we’re ready. We’ve now launched the beginning of our schedule and we can go through everything.

“We will evaluate everything, talk to our partners at the PGA of America, and we’ll let you know at the end of the month.”

Alli 'didn't look himself' in Tottenham's victory, according to Murphy

NRL to investigate bombshell Burgess allegations
Recent Posts
This website uses cookies to improve your user experience and to provide you with advertisements that are relevant to your interests. By continuing to browse the site you are agreeing to our use of cookies.Ok