Sam Horsfield will achieve something that has always eluded his mentor Ian Poulter if he can complete a maiden European Tour success in the Hero Open at Forest of Arden on Sunday.

Poulter has won tournaments on no fewer than five continents during his illustrious career, but he’s never managed to win in his native England.

That prize now lies within the grasp of 23-year-old Horsfield, although he will be kicking himself for turning today into an almighty bun fight rather than a glorious coronation. 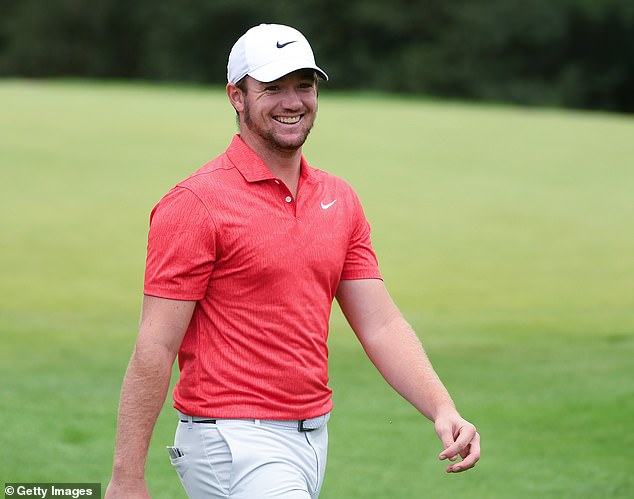 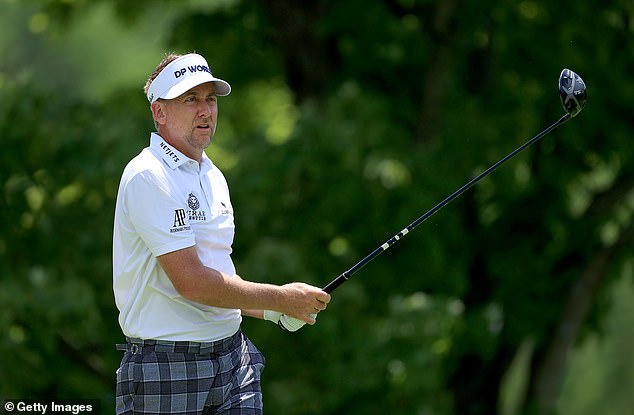 Horsfield looked unbeatable when he established a six-shot lead halfway through his third round after reaching the turn in a wonderful 31 shots.

But it all started to go wrong after he missed a tiddler at the 10th. A lost ball, a visit to the water, a three-putt from nowhere — it all added up to a miserable 40 strokes coming home to give hope to so many.

‘I lost my timing and a couple of the swings were horrendous, but it’s important to remember I’m still in a very good position,’ Horsfield pointed out. ‘If someone had said to me last Thursday that I’d have a one-shot lead going into the final round on Sunday, I’d have taken that.’ 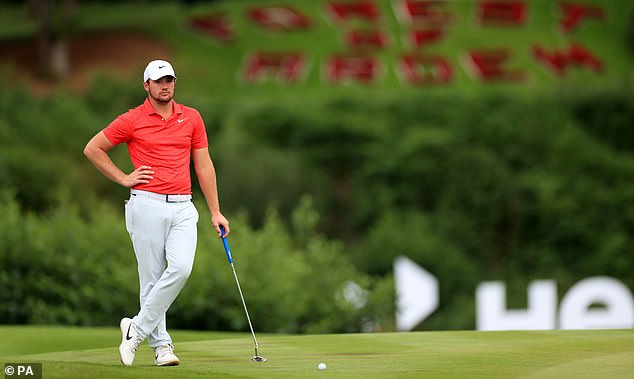 Alongside Horsfield on Sunday will be the brilliant Danish teenager, Rasmus Hojgaard, in a final round pairing offering a glimpse into the tour’s future.

With 13 players within three shots of the lead, a compelling last day is in prospect with any number of fairytales waiting to be written.

How about Welshman Oliver Farr, just a shot behind and attempting to give his father Graham a retirement present he will never forget? 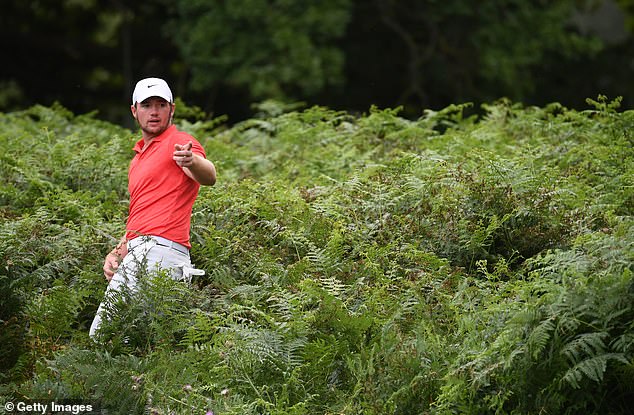 Graham, who played a few times on tour himself, retired on Friday from his club pro job just a 30-minute drive from today’s venue.

‘I used to come and watch this event growing up, so it’s a thrill simply to be here,’ said Oliver, 32.

Three behind is Englishman Richard Bland, attempting to win for the first time on tour at the age of 47 in his 447th event.

Tags: ecli, Horsfield, of, on, THE, verge
You may also like
Latest Posts

NBA play-in tournament, explained: What to know about format for Western Conference’s last playoff seed
Recent Posts
This website uses cookies to improve your user experience and to provide you with advertisements that are relevant to your interests. By continuing to browse the site you are agreeing to our use of cookies.Ok