Cameron Smith’s most important phone call after he won the British Open was the one you didn’t see.

It didn’t involve his Queensland dad Des breaking down on the other end of the line, after his son had only minutes earlier walked off the 18th green at St Andrews, kicking himself he wasn’t there to see it. The whole world saw that through the lens of a television camera.

The call that really changed Smith’s life came a little later, when Greg Norman’s name flashed up on his phone.

If Smith had any doubts about his impending move to Norman’s Saudi-backed LIV Golf, with rumours swirling the fairways at the spiritual home of golf all week, the Great White Shark was quick to put his mind at ease.

As is often the case with Norman, his social media fawning over Smith was for public show. He did his business in private, with a shrewd phone call shortly after. There was no going back after that. 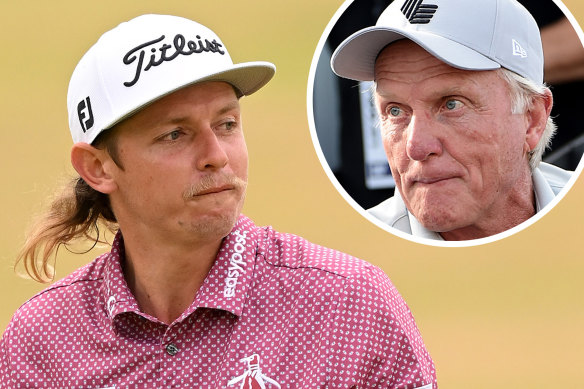 By that stage, London’s The Telegraph had reported Smith was on the verge of agreeing a $140 million deal to jump ship from the United States’ PGA Tour. Smith had bristled at a question from a reporter in his British Open press conference asking as much.

On Tuesday night (AEST), Norman made it official with the announcement world No.2 Smith and fellow Australian Marc Leishman were the latest six players to join the mega-money series in time for this week’s event in Boston.

For all the brickbats about signing ageing Europeans and banged-up Americans, Norman now has 12 of the past 25 major winners on his LIV roster – and a genuine superstar at the peak of his powers in Smith, the first defector inside the world’s top 10.

Smith now has an endless cash reserve, and his camp acknowledged as much, calling the switch a “business decision”. 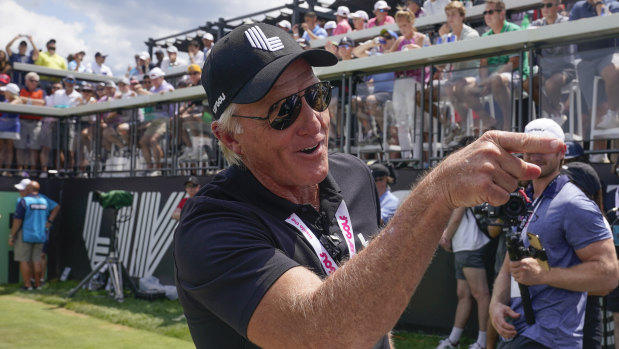 So where to from here?

No doubt Smith felt aggrieved Australia has largely been ignored by world golf’s superpowers, chiefly the PGA Tour. A Presidents Cup arrives here once every eight years or so and then the caravan rolls on.

A staunch advocate for more top-level tournaments in Australia, there have been private discussions about Smith lending his name to an elite event Down Under to complement the expected arrival of LIV on Australian shores, in which he’s expected to captain an Australian team featuring Leishman and Matt Jones.

It would potentially require Smith working with Golf Australia and the PGA of Australia to find a suitable spot in the schedule and venue, but suddenly the British Open champion has the funds – and clout – to start his own event if he wanted, which would be a magnet for corporate support.

In comments to Golf Digest, the 29-year-old said the LIV tour would also allow him to return home more frequently and watch “more rugby league with mates”. What’s to stop him buying part of the Brisbane Broncos and dragging those same mates off Caxton Street into the corporate suites?

As much as he loves the rough and tumble of the NRL, Smith will have to take some hits.

The pro-United States crowd both cheered and heckled Smith during last week’s Tour Championship, the climax of the PGA Tour season, with reports of his defection imminent.

No one has ever had a reason to dislike Smith, who is just as comfortable mixing with caddies as fellow players and spent the days after his Claret Jug success entering a fishing competition in Florida. Norman, and his bullion, has a way of polarising opinion, and it will do so for one of Australia’s most admired athletes.

From a pure golf perspective, his world ranking will slide unless LIV is granted official recognition alongside the PGA Tour, DP World Tour and other circuits such as the PGA Tour of Australasia.

Smith’s status in the four majors will be safe given his five-year exemption for winning the British Open, and it’s unlikely the governing bodies of golf’s most important events will change their stance given they will be the only custodians of tournaments when the world’s best players come together.

But for now, Smith has signed up for an immediate future as a YouTube hit.

Welcome to the club.