Dustin Johnson shot the lowest round of his professional career to leave Rory McIlroy needing a spectacular show of his own at the Travelers Championship if he is to make up for two poor Sundays in a row.

The long-overdue return to form for the American, who blitzed his way to a 61, showed that it is certainly possible, although not on the evidence of McIlroy’s third round, as he laboured to a 69.

Johnson certainly didn’t lack motivation going into the event. The man who took over the world No 1 spot in 2017 and held on to it for more than a year has now gone over 12 months without so much as a top-five finish. 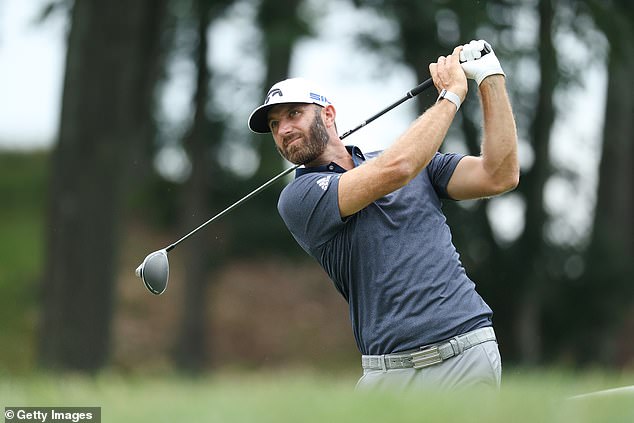 Last Monday, he fell out of the world’s top five for the first time since 2016, and the fact that Webb Simpson replaced him — a gritty golfer, certainly, but not in Johnson’s league — must have added insult to injury.

In the week he celebrated his 36th birthday, Johnson underlined the talent within courtesy of a wonderful display featuring nine birdies that has given him the chance to preserve a proud run of registering at least one win in each PGA Tour season since 2008.

‘I just felt in control all day, and I’m looking forward to the final round,’ said Johnson. 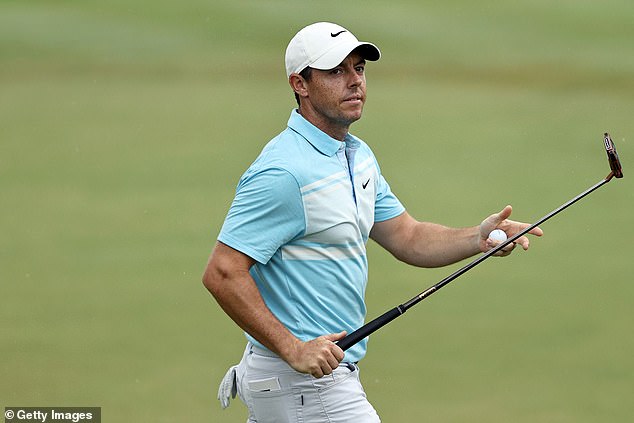 He’s not alone, given the quality cast within catching distance of the leader, American Brendon Todd, who shouldn’t be underestimated following a career-low 61 of his own in search of his third win of the season.

With such low scoring, however, this is a hard course on which to defend a final round lead. Johnson is just two shots behind, with Bryson DeChambeau, at five back, showing that he has found some consistency over lockdown to go alongside all that eye-catching power. McIlroy is a distant eight adrift, after missing a tiddler at the last.

All eyes at the start were on halfway leader, Phil Mickelson, who opened with rounds of 64-63 in his first tournament since turning 50. 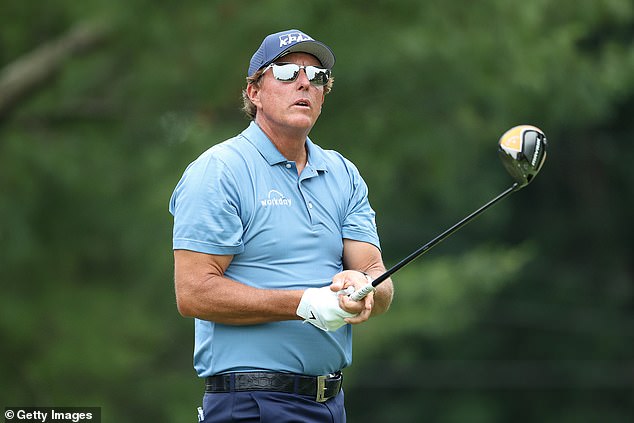 It was the first time in 624 events on tour that he had followed a 64 with a round at least as good.

Alas, the magic wasn’t there in the third round, summed up by a greenside bunker shot that he bladed out of bounds, showing even the man with the best short game of all time can still mess up on occasion.

He shot 71, and will start six behind.

What channel is Chelsea vs Watford on? TV and live stream info for Premier League match

Chelsea vs Watford prediction: How will Premier League fixture play out tonight?
Recent Posts
This website uses cookies to improve your user experience and to provide you with advertisements that are relevant to your interests. By continuing to browse the site you are agreeing to our use of cookies.Ok