‘To me it is not a skill to put on 40lb and hit the ball 40 yards further as a consequence.’: Matt Fitzpatrick hits out at big-hitting Bryson DeChambeau for muscular domination of golf

It was all going so well for Matt Fitzpatrick at the BMW PGA Championship on Friday. Two shots clear following a stunning 17 holes of golf, a double bogey to finish was upsetting enough. Then someone really stuck the boot in. They brought up the name of Bryson DeChambeau.

If you want to know how the newly-crowned US Open champ has got into the heads of his peers, then Fitzpatrick is a pretty good place to start.

‘I’m fed up seeing everyone talk about him,’ said the 26-year-old, before spending the next five minutes doing exactly that. ‘I know I’m not the longest off the tee and so a bit biased, but I drove it brilliantly at Winged Foot and played pretty well generally and yet finished miles behind. 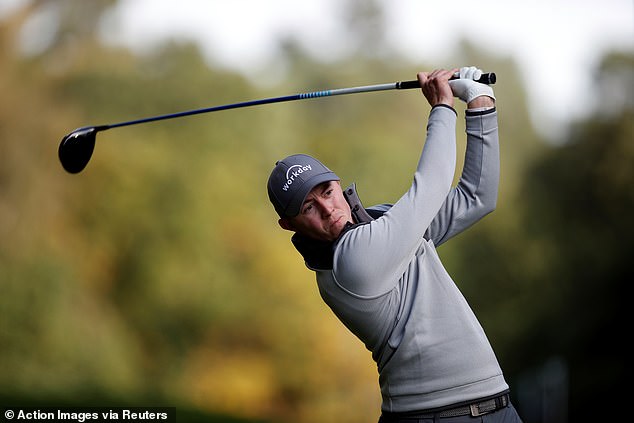 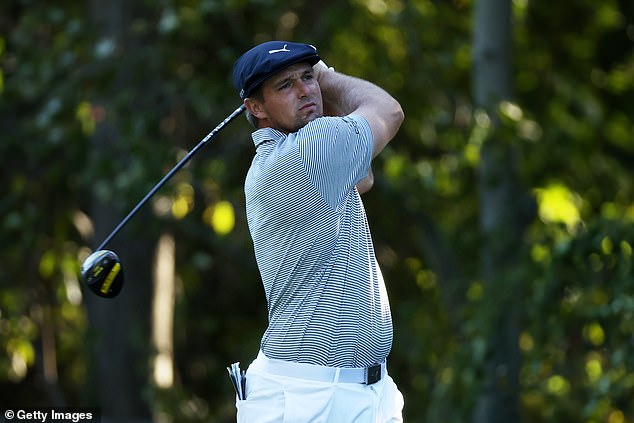 DeChambeau is a controversial figure in golf, with many purists not agreeing with his approach

‘He’s in the rough miles up, he’s hitting wedges everywhere, and it just makes a mockery of it, I think.’

The Sheffield man’s fixation even extended to looking up how DeChambeau demolished another course with his monstrous hitting on Thursday, as he cruised to a pace-setting 62 in the first round of the Las Vegas Invitational.

‘Some of the places he was hitting it, the corners he was cutting — I mean, when he’s on form, what is the point?’ Fitzpatrick continued.

‘Even if I’m playing my best he’s still going to be 50 yards in front of me, and so the only area where I can compete is putting, which is ridiculous. 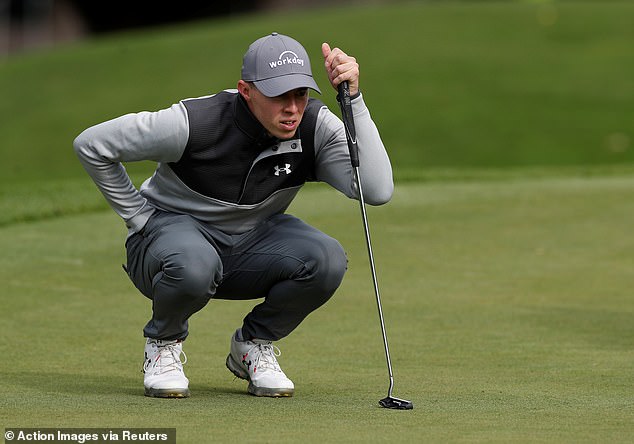 ‘I really hope the R&A do something with their distance insight project. To me it is not a skill to put on 40lb and hit the ball 40 yards further as a consequence. Anyone could do that. The skill is hitting the ball straight but he’s taking the skill out of it, in my opinion.’

Many inside the game’s governing body would concur with Fitzpatrick’s forthright views. Whether they will be brave enough to take on some powerful vested interests and take meaningful action when they report back next March is a wholly different matter.

At least here over on the West Course, where there remains a premium on hitting fairways, we’re seeing a more nuanced form of the game.

Fitzpatrick and co-leader Shane Lowry are two from the old school of shotmaking, and were a delight to watch on Friday, as each carded a 65. Fitzpatrick is considered one of the best putters in the game but he had no need to show off his skills in that department at the third and fourth, where he holed first from a greenside bunker for a birdie and then chipped in for an eagle. 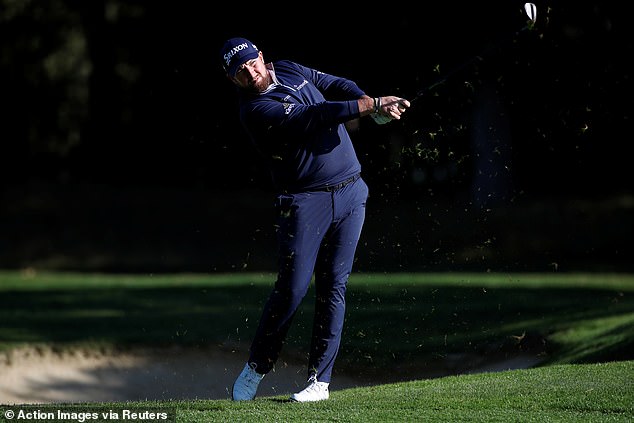 ‘I think the last time I had back-to-back hole-outs, I was about 10,’ he said, smiling.

‘I’ve had a run over the summer where I’d have three out of four departments of my game working well but here it has been all aspects so far.’

‘I would have been disappointed not playing here because it’s a place I love,’ explained the Open Champion, who has finished in the top 15 in five of his last six appearances. 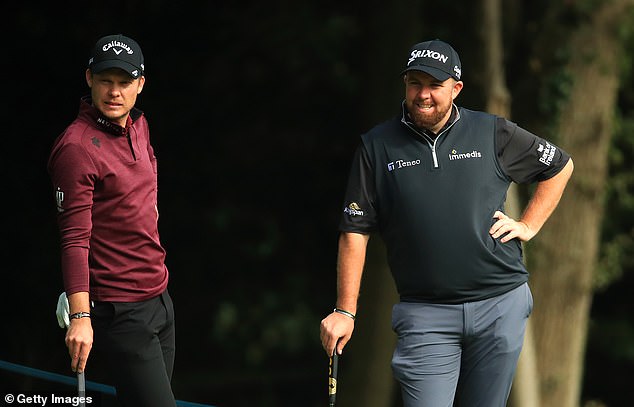 Lowry (right) won The Open Championship in 2019, however this year’s event was cancelled

‘But I was sitting at home thinking that if I did play here I’d be useless to my wife and daughter with two weeks of self-isolation to follow.

‘Then I saw the announcement about tighter measures back home and I wouldn’t be able to do anything, so I decided to come.’

He’s certainly glad he did now. Lowry wasn’t able to defend his Open title in July, of course, but he now has the chance to put the next best trophy contested in Britain alongside the Claret Jug.

A compelling weekend is in prospect, with local boy Tyrrell Hatton just a stroke behind after three birdies in his last four holes for a fine 67 in the more challenging afternoon conditions. 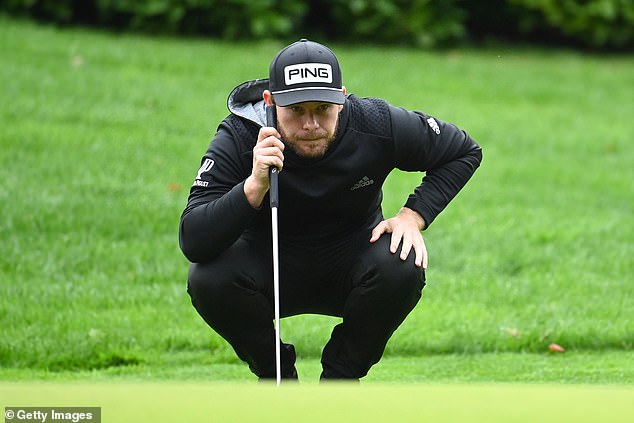 ‘I’m delighted with that given how tough it was at times with the wind,’ said the 28-year-old from Marlow.

Playing alongside Hatton, world No 9 Patrick Reed certainly cannot be discounted at six strokes adrift following a 68, while Tommy Fleetwood and Ian Poulter are a further shot off the lead.

Fleetwood continued his recovery from a horror start on Thursday with a 68.

Poulter was left cursing a bogey, double bogey finish to take the gloss of two eagle threes, but this was still a notable effort given he has been clearly hampered by back spasms. 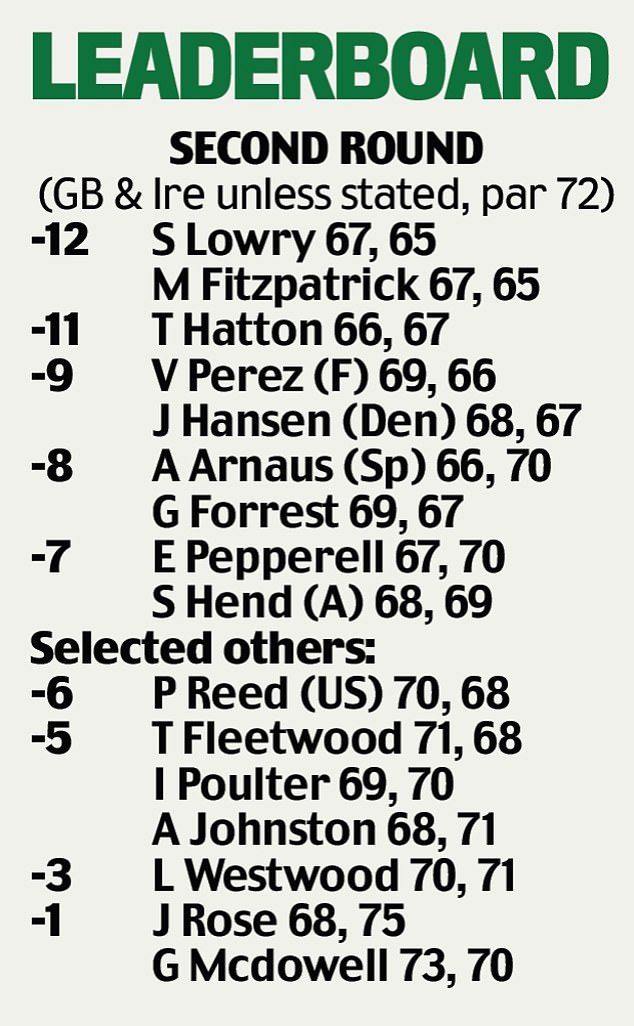 The Leader board for the PGA Championship, Lowry and Fitzpatrick are neck and neck

Tags: a, br, Fitzpatrick, hits, Matt, out
You may also like
Latest Posts