Matthew Wolff sinks a HOLE IN ONE at LIV Boston, the first in the Saudi-backed breakaway league’s history, as American gets off to hot start on first day of tournament

Matthew Wolff hit the shot of a lifetime Friday at LIV Golf Boston, sinking a hole in one to rapturous cheers from the crowd.

The shot came on the second hole, a par-three, as Wolff used his iron to make the shot.

The 23-year-old excitedly celebrated the feat alongside caddies and fellow golfers. The incredible shot goes into the history books as the first hole in one in the Saudi-backed breakaway league. 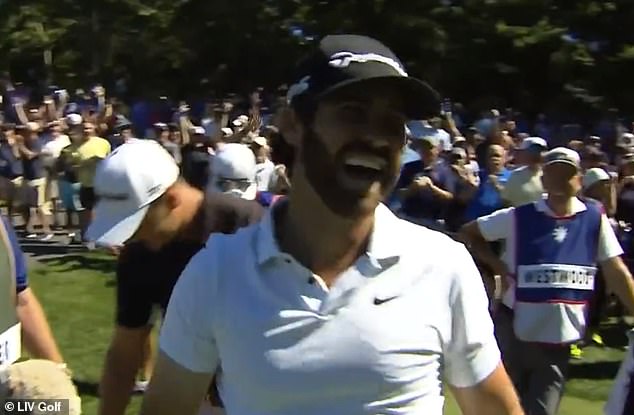 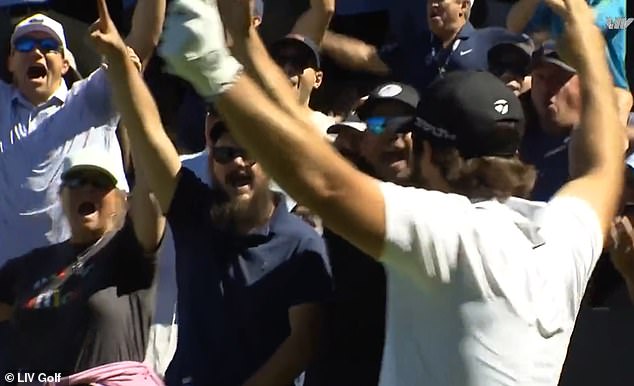 And his strong play has continued (so far) throughout the round, as he sat tied for second at five-under through 14 holes at the time of writing.

He only trailed Talor Gooch, at six-under.

Friday was the first day of the Boston tournament, which will run until Sunday. 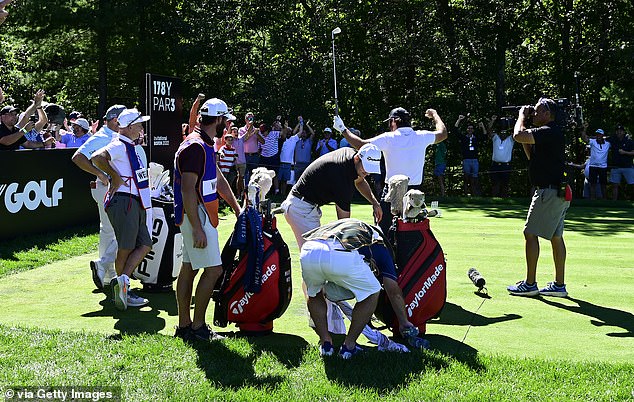 Wolff was at five-under at through 14 rounds on Friday, behind only Talor Gooch in first place 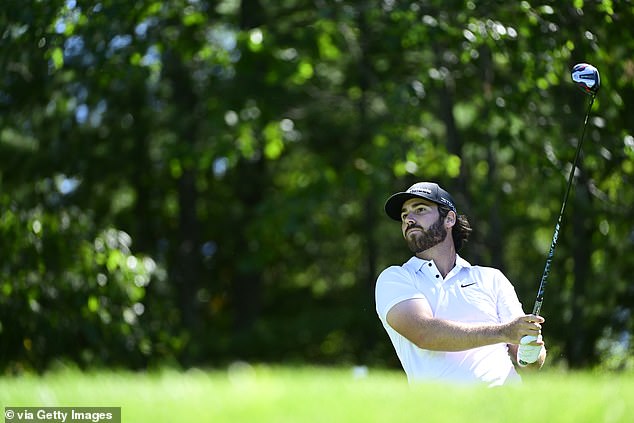 He turned pro in 2019 after playing collegiately at Oklahoma State.

He had one tournament win on the Tour, winning the 3M Open that same year.

Cam Smith began his LIV Golf career after teeing off in Boston for the first tournament since his $100million defection to the Saudi-backed series.

The British Open champion is the most high-profile new recruit in Massachusetts this week, making his debut as the team captain of Punch GC at The International.

Smith was seen arriving at the course in a luxurious supercar, before heading to the range ahead of the first round of the Boston Invitational.