Rory McIlroy is hoping a recent visit to see Tiger Woods will prove inspirational as he tries once more to win the Masters this week and complete the career Grand Slam.

A trip to Tiger’s trophy room left a lasting impression on the Northern Irishman. ‘All I could think about on the way home was the fact the only trophies he had on display were his 15 majors,’ he said.

‘I asked him where the rest were and he had no idea. I thought that was really cool. It brought home they were the only trophies that really mattered.’ 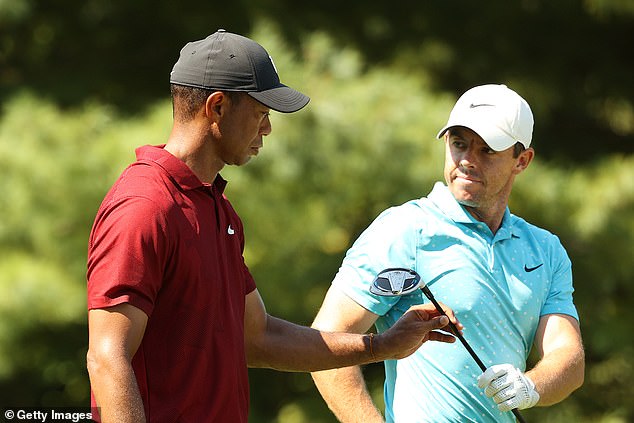 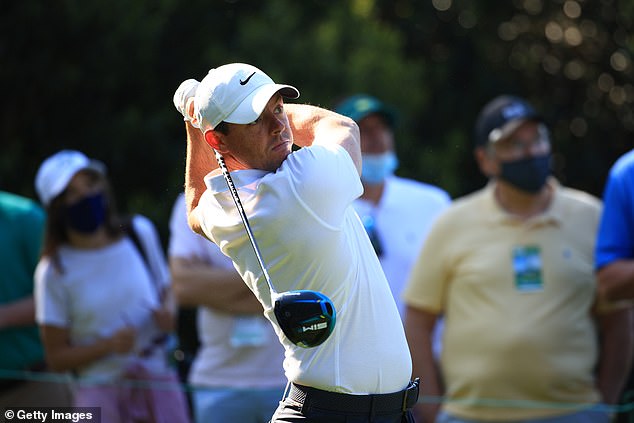 McIlroy hasn’t won a major since claiming his fourth at the 2014 USPGA and is perhaps less fancied to end the drought this week than at any time since then.

He has started working with a new coach in Pete Cowen and acknowledged it might take time before he returns to top form.

‘We’re just at the start of the journey to where I want to be,’ said the 31-year-old.

As for the stricken Tiger, a poignant text to close friend Justin Thomas summed up his state of mind on the eve of the season’s first major. ‘Really starting to hit home now that I’m not there, missing not having practice rounds with you and the guys,’ wrote Tiger.

Thomas and McIlroy both live in the same Florida enclave as Woods and offered the first updates since Tiger, 45, returned home following the devastating car crash in Los Angeles in February that has left his career in the balance.

‘I think when we all saw the car we were worried he would be in hospital for six months but he looked better than that,’ said McIlroy. ‘He was in good spirts.’

Added Thomas: ‘I go over and see him a couple of times a week and he’s doing as well as can be expected. We just hang out and we’ve watched a lot of sport, as we would any normal time. It’s helping that he’s unfortunately been through rehab plenty of times before.

‘I just want to be there for him when I can. If he wants me to look after his kids I can do that, or go to McDonald’s for him, I don’t care. I just miss not seeing him here, I’ve learned so much over the years from practising with him. 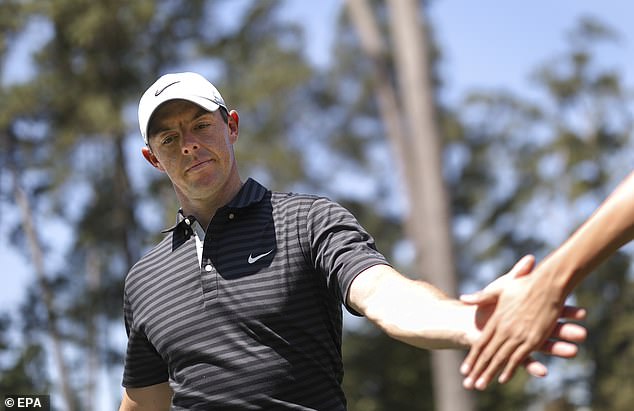 ‘The first few years at Augusta, I was like a puppy dog following him around. If he hit chips from somewhere then I’d go over there and hit chips from there too. I think learning from Tiger is one of the reasons why my results here have got better each year.’

The world No 2 admitted he was shocked at some of the things he heard on the practice ground following Tiger’s smash, as the rumours swirled regarding the cause of the accident.

‘I tried to close my ears the first week or two, because it’s astonishing the things people say when they hear one thing and start saying this happened,’ said the 27-year-old. 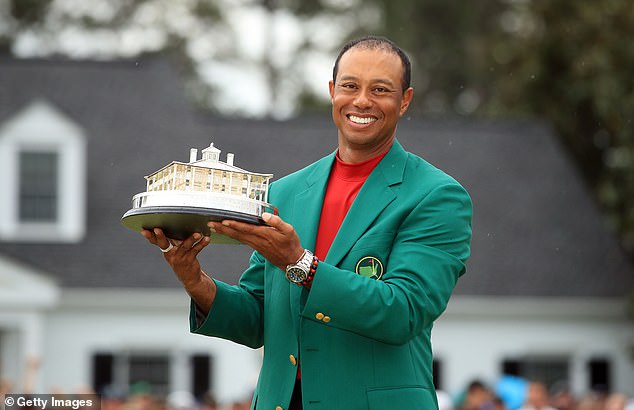 ‘This is a serious situation and even if it wasn’t, it’s not fair. I understand that everyone wants to know but at the same time you need to be respectful and we don’t need false claims being thrown around.’

This is Thomas’s sixth Masters and there certainly seems to be a pleasing trend, given his first five results: 39th, 22nd, 17th, 12th, 4th.

No prizes for guessing who will get a mention if he keeps moving in the same direction and gets his hands on a green jacket come Sunday.

That probably goes for Rory, too.

Tags: by, fired, McIlroy, to, trip, up, Wo
You may also like
Latest Posts