Rory McIlroy wears one-off gold Omega watch valued at almost £30,000 as he goes for the major Grand Slam at the Masters

Rory McIlroy will wear a one-off gold Omega watch throughout this week’s Masters, with the timepiece valued at just under £30,000.

The custom Speedmaster is a tribute to his career. When it’s exposed to UV light it features the course-record 61 he shot at Royal Portrush in Northern Ireland as a 16-year-old – a moment that helped ignite his career.

He famously suffered timekeeping issues in the 2012 Ryder Cup – a year after he won his first major. 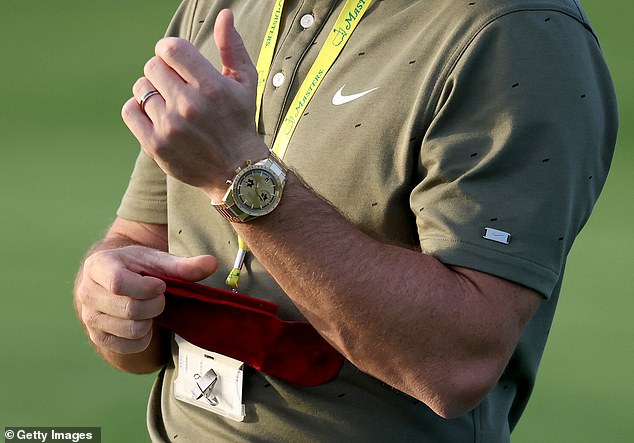 McIlroy has gone on to win four majors, but the Masters has eluded him.

His last major victory came in the 2014 PGA Championship, and he’s looking to become just the sixth player in history to win all four.

He goes into Augusta this week however lacking in form, failing to finish in the top five of a PGA tour event since March. 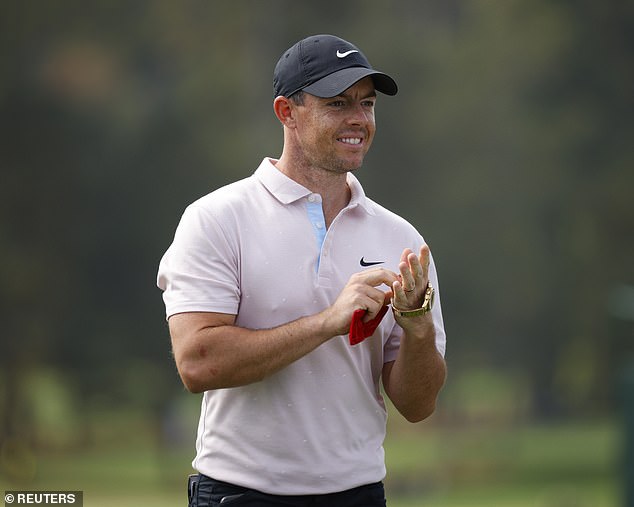 Tags: 000, 30, McIlroy, timepiec, wears
You may also like
Latest Posts