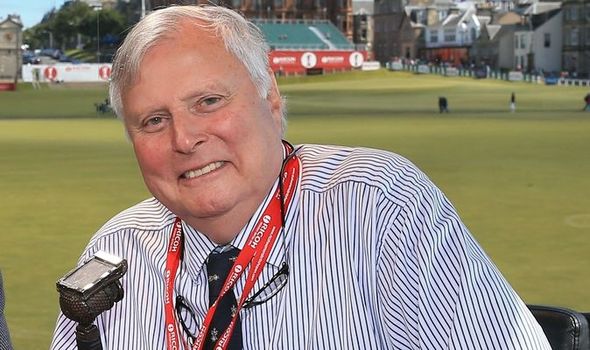 Peter Alliss, the legendary golf commentator has died aged 89. He was known as the ‘voice of golf’ for his coverage on the BBC throughout his long and successful career.

Alliss has fronted the golf coverage on the BBC for half a century after making his first appearance in 1961.

“It is with great sadness we announce the passing of golfing and broadcast legend Peter Alliss,” said Alliss’ family.

In a statement, they described his death as “unexpected but peaceful”.

They added: “Peter was a devoted husband, father and grandfather and his family ask for privacy at this difficult time.”

“Peter was the voice of golf. He was an absolute master of his craft with a unique ability to capture a moment with a magical turn of phrase that no one else could match,” said Barbara Slater, director of BBC Sport.

For the latest news and breaking news visit: express.co.uk/sport/golf