Tiger Woods has added an extra event to his 2020 schedule by confirming he will make his tournament debut at the PNC Championship next month.

Woods will partner his son, Charlie, in the unique team event from December 19-20, where 20 major winners compete alongside a family member in a two-day 36-hole scramble.

Ritz-Carlton Golf Club will host the tournament, formerly known as the PNC Father Son Challenge, with Justin Thomas, Gary Player and defending champion Bernhard Langer among the other players in action.

“I can’t tell you how excited I am to be playing with Charlie in our first official tournament together,” Woods said. “It’s been great watching him progress as a junior golfer and it will be incredible playing as a team together in the PNC Championship”. 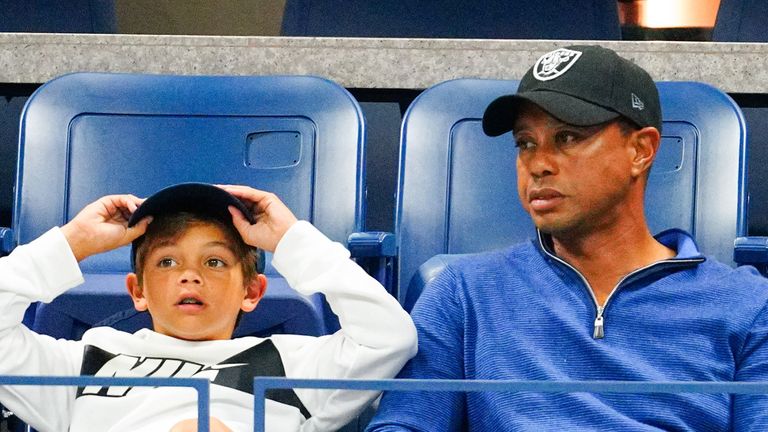 Only players who have won a major championship or The Players Championship are eligible to enter a team, while their partner must not hold a PGA Tour card and be a family member.

Thomas will partner his father Mike – a PGA professional – and Annika Sorenstam will be paired with her dad, while Player will again tee it up alongside his grandson. Woods has only competed nine times on the PGA Tour during a condensed 2020 calendar, with his best finish being a share of ninth place at the Farmers Insurance Open in February.

Fit-again West Ham talisman Michail Antonio keen to face Aston Villa
Recent Posts
This website uses cookies to improve your user experience and to provide you with advertisements that are relevant to your interests. By continuing to browse the site you are agreeing to our use of cookies.Ok