It follows Norman, the CEO of the rebel LIV tour, labelling Chamblee a ‘paid talking bobblehead’ earlier this week after the analyst criticised the Saudi funded breakaway series on the Golf Channel.

With reported $3billion in financial backing, LIV Golf has been accused of ‘sportswashing’ due to the country’s human rights record.

‘I find it laughable,’ a fired up Norman said when quizzed about Chamblee’s vocal stance on Tuesday.

‘Has Brandel Chamblee ever been to Saudi Arabia? Has he ever built a golf course in a third world country? He’s a paid talking bobblehead. That’s all he is.’ 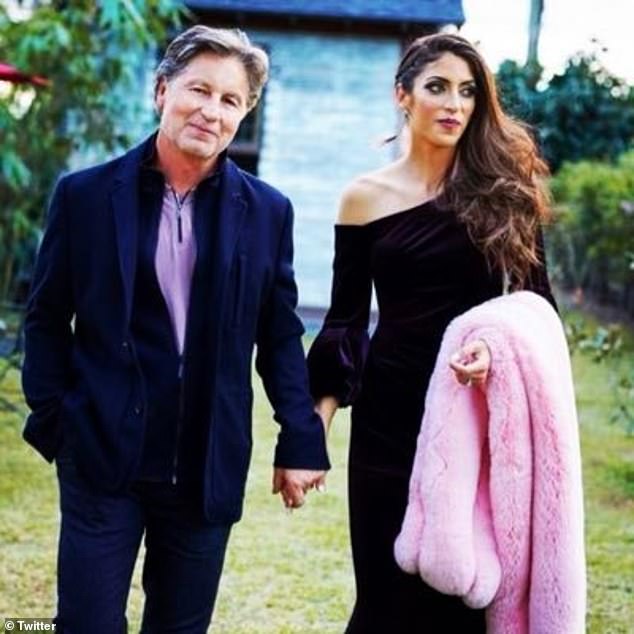 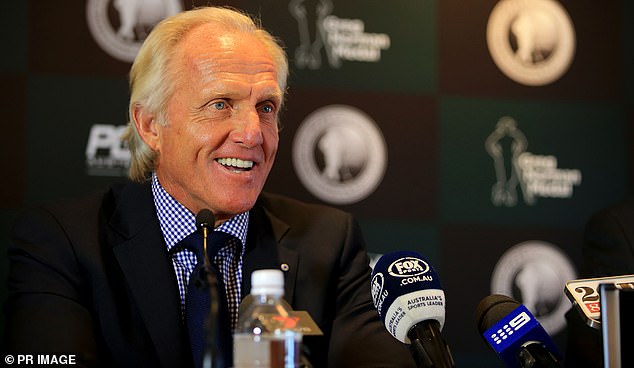 It follows Norman, the CEO of the rebel LIV tour, labelling Chamblee a ‘paid talking bobblehead’ after the analyst criticised the Saudi funded series on the Golf Channel

Norman later added that Chamblee ‘has my number’ – but he has ‘never picked up a phone and asked me a question.’

Chamblee responded in brutal fashion, posting a screenshot on Twitter of a previous text message exchange the pair had.

Norman text Chamblee to say ‘Keep being you and call it the way you see. Refreshing.’

The revelation makes Norman look like a fool – and a liar.

Chamblee added alongside the screenshot: ‘Greg Norman *to* Brandel Chamblee before I knew he was being paid by the murderous Saudi regime to sportswash.

‘Funny how when I ‘call it like I see it’ about LIV, it’s not so refreshing to Greg.’

The text exchange between Chamblee and Norman, highlighting the Aussie sporting legend’s hypocrisy

It comes just few hours before the 2016 British Open winner announced he was defecting from the PGA tour to LIV Golf.

‘In light of decisions made by Henrik in relation to his personal circumstances, it has become clear he will not be able to fulfil certain contractual obligations,’ Ryder Cup Europe said in a statement on Wednesday.

‘And it is therefore not possible for him to continue in the role of captain.’

Superstar Tigers Woods was reportedly offered an ‘eye-watering’ amount to leave the PGA, but chose to stay loyal, while Cameron Smith’s future remains up in the air.