As if the return of live golf wasn’t gripping enough on Sunday night, US President Donald Trump phoned in from the White House – with the opportunity to pronounce on Rory McIlroy!

Now, unless you spent the weekend avoiding all outside contract, you will be aware that Rory was less than complimentary about the divisive leader of the free world, with whom he played golf in 2017.

Witheringly dismissive of Trump’s handling of the Covid-19 pandemic, McIlroy made it clear there would be no rematch. Now here was Trump, with a clear target to aim at. I have to confess, my bottom jaw fell open and my pen was shaking with excitement. 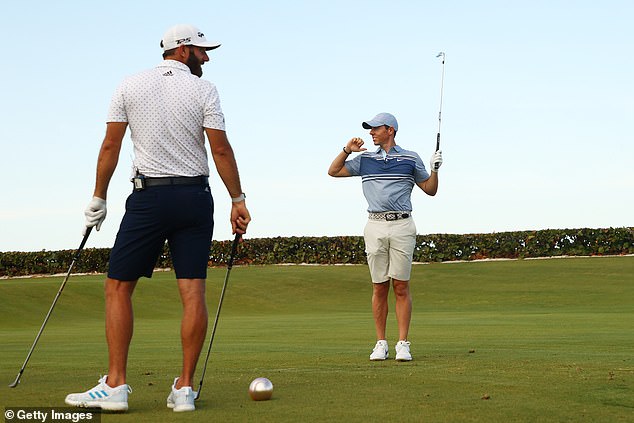 Alas, the President duck-hooked one into the water. If only the question had been on point. Something like: ‘Mr President, what did you think of Rory’s opinion that you’re not behaving during this pandemic as a President should act?’

To be fair, it wasn’t that kind of occasion. Trump duly acted like the person who hadn’t been following the story filling the sports pages. ‘I happen to know these young men very well and they’re terrific people,’ said Trump. ‘A lot of the tour pros are very political and most of them like my politics. I guess the ones that don’t, I don’t see very often.’

Other than that, it was typical Trump. Plenty of vague talk about wanting to see crowds at the Masters and other sports events later this year. We’ll see.

As for the golf, what a refreshing change to tune in to a broadcast from America and not have it punctuated by the Sunday afternoon boozers screaming: ’Get in the hole.’ 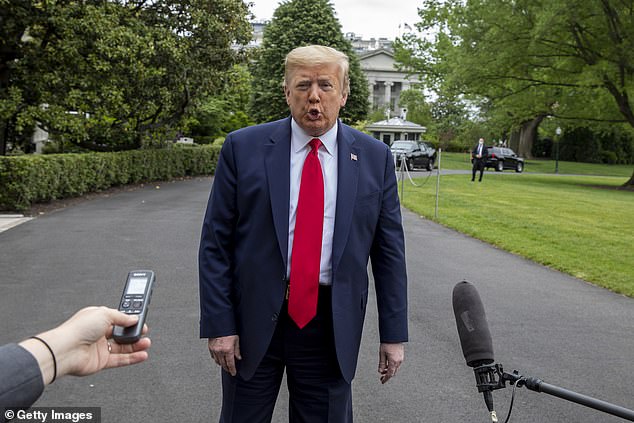 The match was a charity Skins match featuring McIlroy and Dustin Johnson, versus Rickie Fowler and Matt Wolff, to benefit Covid relief. All four wore shorts, all four carried their own bags, there were no spectators and all four clearly enjoyed themselves. As a gentle welcome back, it worked fine.

The interest before the off was immense. So this is what it feels like when the game has a leave of absence and the heart grows fonder. It’s the one thing that usually never happens in golf, of course. The crammed schedules on the PGA and European Tours mean that as soon as one season finishes, a new one begins the following week, making it difficult to stifle a yawn.

Here, the sport’s followers were positively panting with anticipation on social media – and for a Skins game, of all things. The excitement levels wouldn’t have been much greater if the calendar had proceeded without interruption, and we’d have been watching the final round of the USPGA Championship. 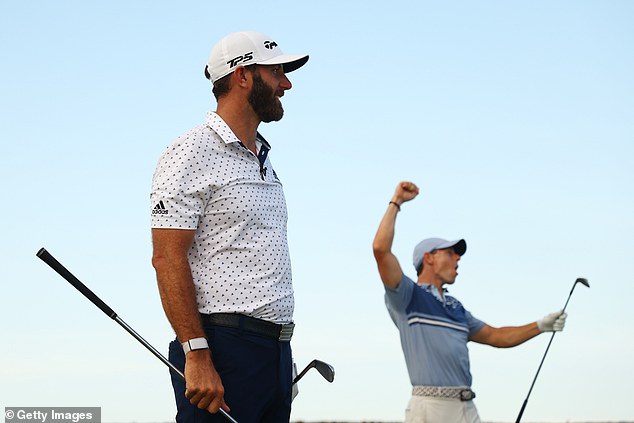 Not surprisingly, after such a lengthy break, the golf was decidedly ropey. Johnson, in particular, was all over the place, playing so quickly he appeared determined to live by the creed signposted on the first tee: ’If you play good, play fast. If you play bad, play faster.’

Wolff sported a handlebar moustache that made it look like he’d breezed down the highway into the club on a Harley Davidson. He can crush the ball, mind. There were two long driving holes and not even McIlroy and Johnson could compete with the Wolffman. He was miles in front on both, earning him $450,000 for his charity.

In the end, with seven skins in a row undecided, it came down to a closest to the hole contest from 125 yards, with $1.1 million on the line. McIlroy claimed it, as he made it $1.85 million in total that he and Johnson earned for the American Nurses Foundation. Fowler and Wolff made almost as much for the Centre for Disease Control. 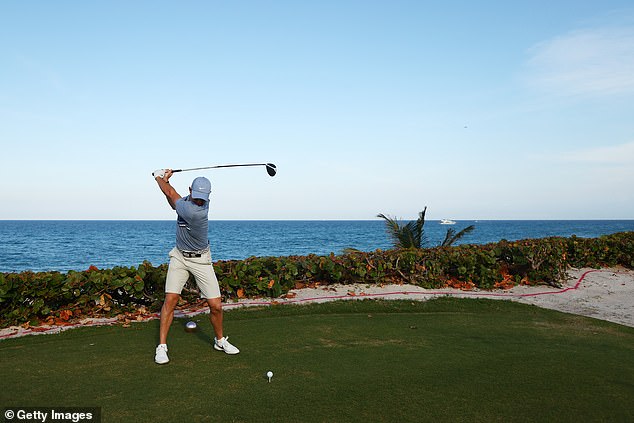 McIlroy won the closest to the hole contest from 125 yards, with $1.1million also on the line

Among golf geeks, the sight of the exclusive Seminole venue – the first time it had been seen on television – was as eagerly awaited as the return of live golf. In keeping with the occasion, let’s be charitable and hope the cameras didn’t do it justice. If truth be told, the visual evidence made it looked like so many Florida venues: too flat, too much sand, and too much water. Augusta, it ain’t.

In Korea, there was more evidence the game is taking baby steps back to normality. The ladies Korean tour completed its first event back with a maiden victory for Park Hyun-Kyung.

Interestingly, the women’s game in Korea is proceeding while the men remain sidelined. Clearly, there is one part of the world in golf where it is the women who hold all the aces. Quite right too given their dazzling array of world-dominating talent.