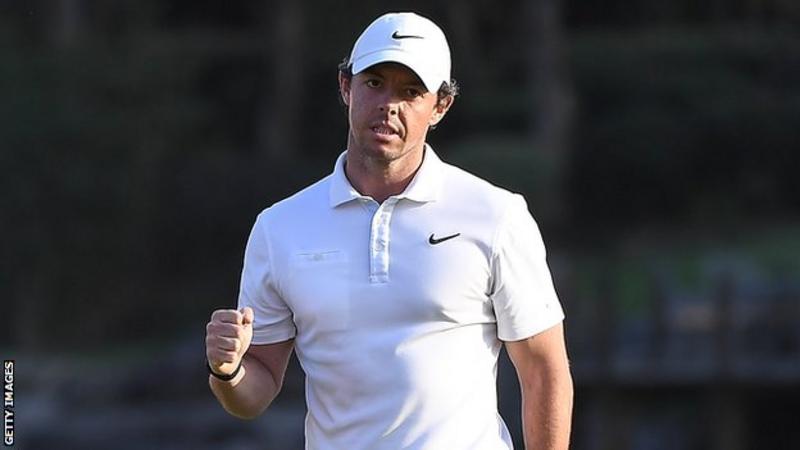 Rory McIlroy has overtaken Nick Faldo as the British golfer who has spent the most weeks as world number one.

McIlroy has now spent a total of 98 weeks at top over eight spells, one week longer than six-time major winner Faldo.

The Northern Irishman, 30, is third on the overall list behind Australia’s Greg Norman and the USA’s Tiger Woods.

Norman was world number one for 331 weeks while 15-time major winner Woods spent a mammoth 683 weeks at the top.

After finishing fifth at the weekend’s WGC-Mexico Championship, McIlroy is guaranteed to be world number one for at least one more week, just ahead of Spain’s Jon Rahm and American Brooks Koepka in the rankings.

Four-time major winner McIlroy returned to the summit of the rankings after almost five years earlier this month.

McIlroy’s longest stretch as number one came in August 2014, when he spent 54 weeks as the world’s leading golfer.

Tags: f, McIlroy, moves, Nick, past, Rory
You may also like
Latest Posts