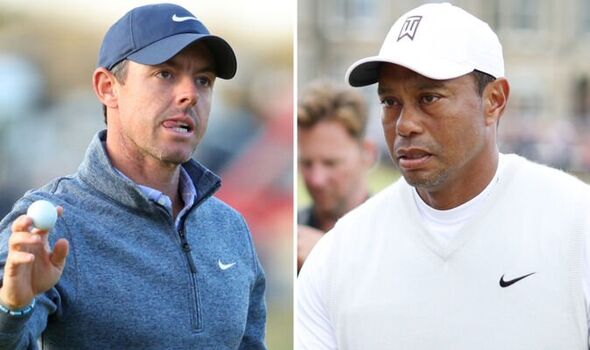 Rory McIlroy tipped his cap towards Tiger Woods as his golfing hero made his way up the 18th fairway for the last time at St Andrews on Friday in his own heartfelt tribute. On Sunday night, if all goes to McIlroy’s plan, it will be the rest of the field doffing their caps to him.

So far so good. After two rounds he has manoeuvred himself into position for a weekend tilt at the Claret Jug. He pressed the accelerator pedal with three successive birdies at the start of his back nine in the second round to drag the galleries wallowing in Woods nostalgia back to the present day. The Rory roars reverberated around the Old Course.

But they were nothing compared to the cheers when the Northern Irishman holed out from 23 feet at the 17th after a superb approach from the light rough for a rare birdie at the Road Hole. As bonuses go, it was a colossal one – a bank error in his favour – and it saw him sign for a 68.

At 10 under par, he is three strokes back from leader Cameron Smith and one behind Cameron Young but McIlroy’s own engine is running well enough to persuade him he can burn off the twin Cams. We have been here before of course this year in what has been a season of Major near-misses for McIlroy. When it comes to the big events there are no guarantees. 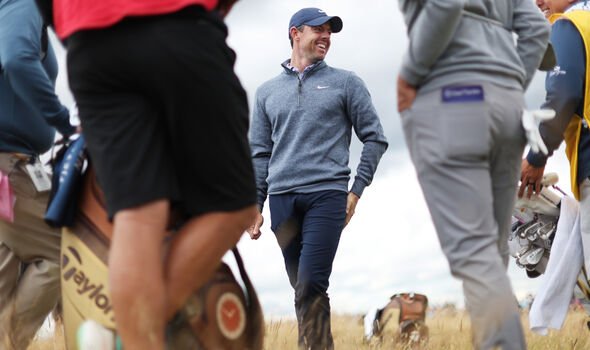 But after a runner-up finish at the Masters, an eighth at the USPGA and a fifth at the US Open he has earned himself another golden chance. It was a day to be patient for him on Friday. Nothing happened quickly and for long periods nothing happened at all.

Twice his round ground to a complete halt as go-slow became no-go. A 15-minute logjam at the fifth tee left McIlroy sitting on his golf bag chewing an energy bar then standing around chewing the fat with playing partner Xander Schauffele, laughing at videos on a phone.

It was more reminiscent of a scene from the local muni than The Open but the Old Course, for all its history, is built for durability rather than speed with its criss-cross fairways and shared greens. There was a similar hiatus at the 12th but this time it was down to human error as Schauffele launched his drive into a gorse bush and entered into a lengthy discussion with a rules official over his options.

The Olympic champion ended up with an unplayable lie and a one-shot penalty. For McIlroy, there were no such dramas. Two pounding drives shredded the par four 10th and 12th and with a ten-foot putt dropping in between at the short 11th he had a hat-trick of birdies on his card. 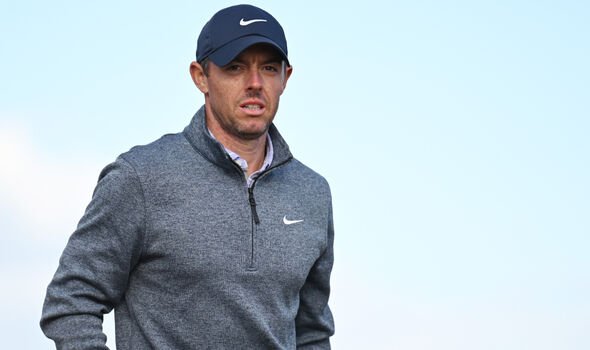 He was within a whisker of making it four from four at the difficult 13th, throwing his shoulders back in frustration after lipping out from 27 feet. A flier at the 15th saw him give a shot back but all was forgiven with his work of genius at 17.

The iron into the green landed with the softness of a floating dandelion head on a summer breeze; the putt was firm and true. As it dropped, you began to think this could be his week. This Open has been a stress-free experience so far for him. If that remains the case over the weekend it would be a surprise – this is Major Championship golf after all – but McIlroy’s head seems in the right place to handle it.

As the heatwave hits, the end to McIlroy’s own Major drought, one spanning eight long years, could be in sight. One great champion has departed the St Andrews stage; another is ready to dance on it.