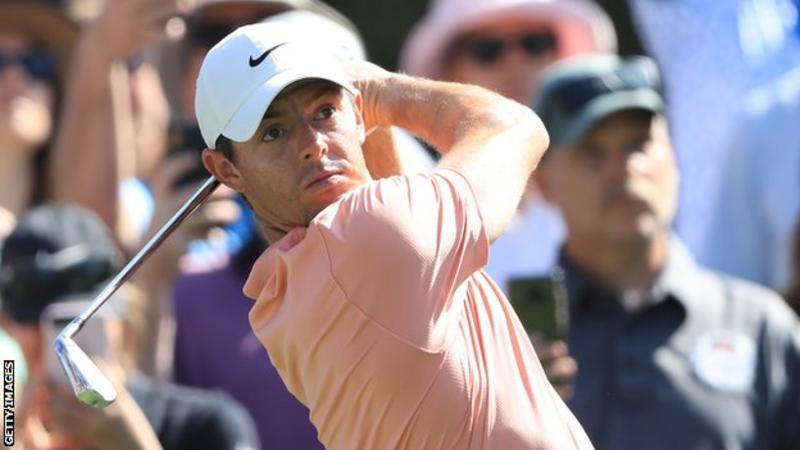 Rory McIlroy hopes he can make history this weekend by becoming the first player to win the Players Championship at Sawgrass two years in a row.

The Northern Irishman beat Jim Furyk by one shot to secure the title last year.

“This week last year was huge for me in terms of getting the monkey off my back a little bit,” said the 30-year-old.

“I’d had a few close calls and wasn’t able to walk through the door and claim a win.

“I was able to do it here and went on to have a great year and won a few more times.”

The four-time major winner added: “There are a lot of similarities between this year and last year in terms of how I’ve played the first few events of the year.

“I’ve given myself some chances, haven’t quite been able to capitalise and it would be wonderful to replicate what happened last year.

“It is an opportunity for sure. I don’t think you ever need extra motivation when you come to this tournament, but to be the first one to defend here would be very cool.”

‘Missing the cut and fake ID’

Recalling his debut at the tournament in 2009, when he had just turned 20 a few days earlier, McIlroy added: “The first year I played here, the weekend before I was in Vegas for a fight and then probably didn’t prepare the best way possible.

“I missed the cut and ended up getting kicked out of bars in Jax [Jacksonville] Beach for having a fake ID. So I’ve come a long way!”

A tie for fifth in last week’s tournament saw McIlroy join Tiger Woods as the only players in the past 20 years to record seven straight top-five finishes on the PGA Tour, a streak stretching back to last season which includes two wins.

‘Good top fives and bad ones’

However, the 2014 Open winner admits there are good top fives and bad ones, with the Sundays at Bay Hill belonging in the latter category.

“I’d say last week was a bad top five,” McIlroy added. “I took advantage of a good draw, I got out early on Thursday morning and shot 66 and then sort of hung on for the rest of the week.

“There are other weeks where you just don’t have it at all and just hang in there, struggle all week and scrape it around in 70 or 69 for four days and end up finishing T5.

“I finished fifth at Torrey Pines last year and I swear it was one of the best top fives I’ve ever had. I walked away from that week just thinking I couldn’t have squeezed anything more from my golf game at the end of the week.”

Celebrating 100 weeks as world number one

McIlroy has now spent a total of 100 weeks as world number one and although that is a long way from Tiger Woods’ record of 683, he is understandably pleased to have regained top spot for the first time since September 2015.

“I’m very proud to think that I’ve spent two years of my career at the top of the world rankings,” McIlroy added.

“I can’t fathom 683 (weeks), it’s unbelievable. I don’t think anyone can speak highly enough of what Tiger did over that stretch of golf. It’s just insane.

“The way I got to number one this time was sort of anti-climactic, I got there through a mathematical algorithm more than anything else but I still made sure to celebrate the milestone.

“On the Sunday night at Riviera I made sure to go out and have a couple of drinks with Harry (Diamond, his caddie) and a couple of my friends, especially for Harry because he took over in the middle of 2017 and we’ve been on that journey from injuries and not playing my best all the way back to the top of the world.”

Tags: McIlroy, number, one, Rory, World
You may also like
Latest Posts