At what point do we officially start to worry about the form of Justin Rose? This time last year he sat proudly on top of the world rankings. Now he is 13th, his worst position since autumn 2017.

The highest-ranked Englishman for so long, he is now behind Tommy Fleetwood. Rose turns 40 this July and there is a danger if he does not draw a line in the sand soon, he will not be celebrating it as he long intended, representing Team GB and defending his Olympic gold medal in Tokyo.

One man who is not worried is Rose himself. On Thursday, he begins a run of five events in seven weeks. He hopes it will culminate with a victory at the Masters, the major where he lost a sudden death play-off to Sergio Garcia in 2017. At the very least, he expects to conclude the sequence with his career on an upward arc once more. 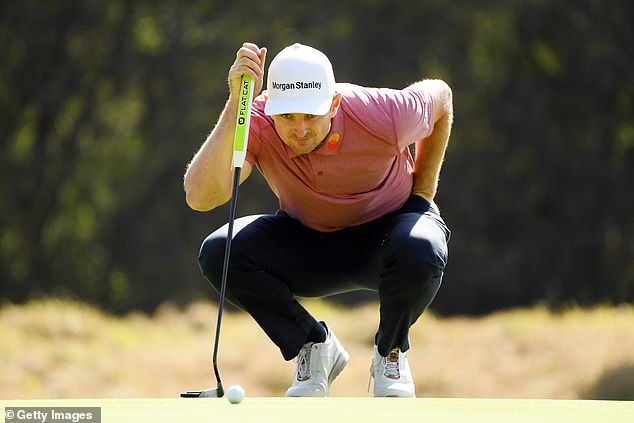 The PGA Tour has its first Norwegian winner after Viktor Hovland won the Puerto Rico Open on Sunday. In September, will he become the first Norwegian to play in the Ryder Cup?

‘In long-game terms, there’s no hiding the fact that I never had it last year although, oddly enough, I regard it as one of my best years as a competitor, in the sense that I still won once and contended in two majors,’ he said.

‘Over the winter break, as you can imagine, a lot of time was spent with Sean (Foley, his long-time coach) analysing what happened to the area of my game that was always my biggest strength. Why did I hit a sweet spot in 2017-18, but it wasn’t there last year? Ultimately, I just fell into some bad old habits, but I think I’m close to playing well again. The confidence is not great, but that will come.’

Evidence that Rose was fighting back came in his last outing at the Genesis Invitational, where he was in contention after two rounds, but his lack of belief showed in a lacklustre weekend. Now he enters a stretch of four tournaments in Florida on tough courses that will tell him all he needs to know about the state of his game.

‘Look at Rory McIlroy, he fell from No 1 but got back up there,’ said Rose. ‘I want to be No 1 again but I want to do it in a different way to Rory’s consistency. I feel I’ve done all that. I want to get back to the top by winning majors.

‘I’m conscious I’ve got a big birthday coming up and the clock is ticking, but the game is still there and so is the ambition. There’s still plenty to come.’

No need to worry just yet, therefore. This, after all, is the man who spent his first decade as a pro riding a veritable rollercoaster. All the same, let us hope for one or two headlines this spring of the ‘Rose back in bloom’ variety.

In the week when even one of his team mates (Brooks Koepka) called him a cheat, it was quite something for Patrick Reed to ignore all the opprobrium and win the WGC-Mexico Championship.

I have been in two clubhouses when allegations of cheating have been put before the court of professional opinion and, believe me, you don’t want to be the bloke found guilty. The abuse on both occasions was unrelenting. 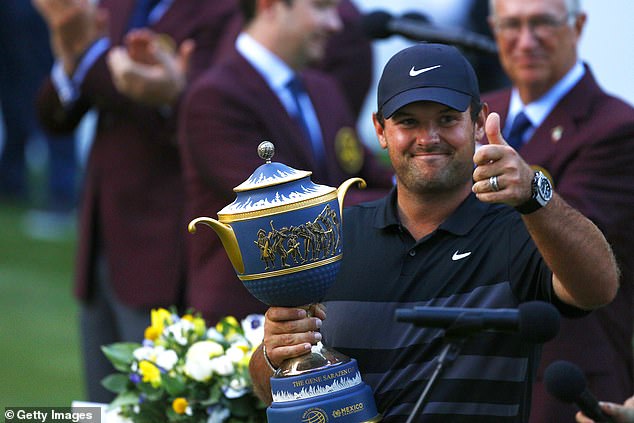 Reed is hard to fathom. On the one hand he is the most approachable of this generation of Americans — and the most quotable.

On the other, he has got such a dark history, stretching back from his college days to the Hero Challenge last December, where he feigned innocence over touching the sand with his practice swing that improved his lie in a waste area. For heaven’s sake, EVERY golfer knows if they touch the sand. Then came the horrendous television evidence, and the gross extent of his violation.

Dressed in all black instead of his customary red shirt on Sundays, Reed played the pantomime villain to perfection in Mexico, to an accompaniment, no doubt, of one-handed clapping everywhere.

In other news, Tyrrell Hatton finished an encouraging tied sixth in his first tournament for 10 weeks following wrist surgery, while Rory McIlroy’s fifth place means a 98th week in total as world No 1 — the most by any European golfer in history.

Tags: back, hoping, int, Rose, spring, to
You may also like
Latest Posts