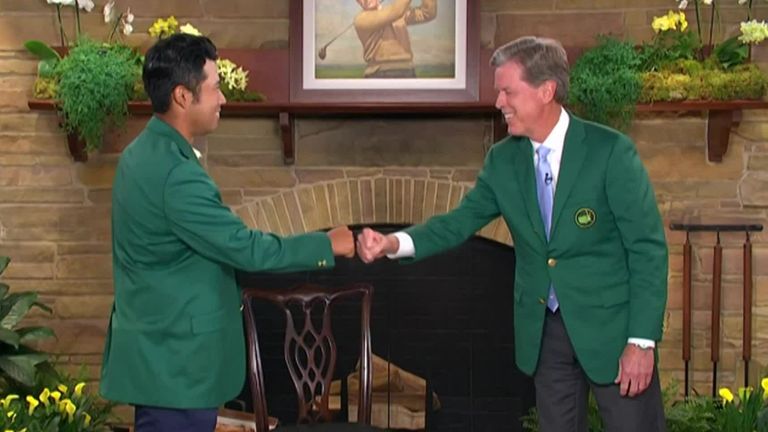 Tiger Woods paid tribute to Hideki Matsuyama after his victory at The Masters and believes his major breakthrough will impact the entire golfing world.

Matsuyama survived a nervous start and a stuttering closing stretch to become Japan’s first male champion, posting a one-over 73 on the final day to finish a shot ahead of Will Zalatoris.

The 29-year-old’s victory came a decade after finishing as the leading amateur at Augusta National and was his first success worldwide since the 2017 WGC-Bridgestone Invitational, with the win lifting the Japanese player from 25th to 14th in the latest world rankings. 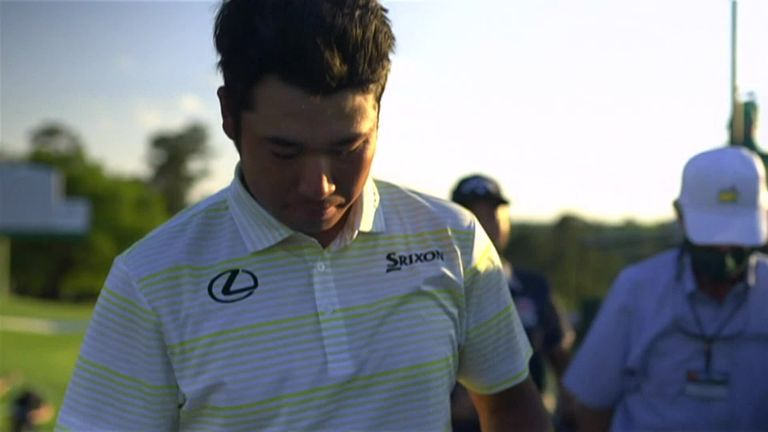 Five-time Masters champion Woods, missing from the opening men’s major of the year as he continues to recover from injuries sustained in February’s car crash, was among the first to congratulate Matsuyama for his win and said the victory was historic for the sport.

“Making Japan proud Hideki,” Woods posted on his Twitter account. “Congratulations on such a huge accomplishment for you and your country. This historical @TheMasters win will impact the entire golf world.”

Making Japan proud Hideki. Congratulations on such a huge accomplishment for you and your country. This historical @TheMasters win will impact the entire golf world.

Matsuyama was presented with the Green Jacket by 2020 champion Dustin Johnson, who missed the cut in his title defence, while many players and several former major champions turned to social media to praise him for earning a maiden major victory.

Jack Nicklaus, an 18-time major champion, said: “I want to send my heartfelt congratulations to Hideki Matsuyama for his Masters Tournament victory, and for being the first Japanese male golfer to win a major championship. I’m not only very happy and pleased for Hideki, but also the whole golfing world of Japan.

I want to send my heartfelt congratulations to Hideki Matsuyama for his Masters Tournament victory, and for being the first Japanese male golfer to win a major championship. I’m not only very happy and pleased for Hideki, but also the whole golfing world of Japan. pic.twitter.com/m56JVHH0LI

“I’ve been blessed to spend a lot of time in Japan & I know they love the game of golf. They’re also very proud people and they’re even prouder today! I competed against the great Isao Aoki, and know how revered he was and is. Hideki will also now forever be a hero to his country.”

Matsuyama San
おめでとう for your courageous victory at @TheMasters!! I know you as well as all of Japan will enjoy a joyous celebration. #TheMasters

Always a pleasure and a privilege to play in @themasters. Huge Congratulations to Hideki Matsuyama on winning his first green jacket. Great playing bud! #BetterNeverStops pic.twitter.com/fQH94VH4bE

Nice way to finish on the last! Pleased with the way my game is trending.

Congratulations Hideki on a fantastic @TheMasters win. A remarkable achievement for you and your country. Enjoy the celebrations 🇯🇵

Thank you #Team🌹 for all the messages of support. #themasters pic.twitter.com/UzQf5BZmPR

Congrats to Hideki on his historic win @TheMasters! Great to see a fellow @Lexus ambassador wear the green jacket! I served sushi in 1999 at my dinner – no pressure Hideki next year at the Champions Dinner! #FirstJapaneseMajorWinner #LexusGolf pic.twitter.com/CvraVTECbM

Congratulations Hideki, so proud of your win. You will truly enjoy this win with everyone at home in Japan. Well done. Much deserved. 👍🏼👊🏼🙌🏼@TheMasters #themasters

You have given one of sports ultimate gifts to your country in Olympic year. Well done Hideki – a thoroughly decent man along with it 👏 🇯🇵 @SkySportsGolf