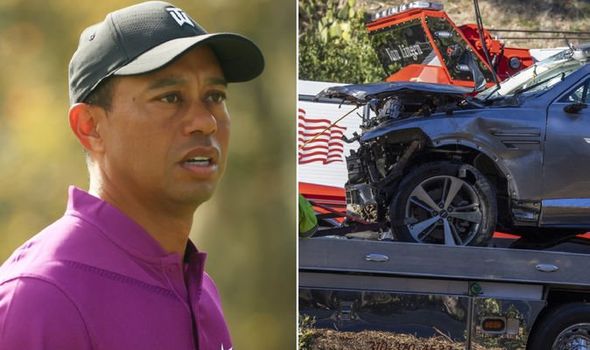 Tiger Woods was driving well over the speed limit at a speed “unsafe for the road conditions” before he lost control of his SUV and suffered a major car crash in late February, Los Angeles police have said.

Los Angeles county sheriff Alex Villanueva explained in a press conference on Wednesday that Woods was driving at a speed of up to 87mph in a 45mph zone before his serious single-vehicle crash on what was described as a “hazardous” stretch of road on Hawthorne Boulevard.

Woods crossed a centre median into the opposite lane and hit a curb before rolling multiple times and striking a tree, then landing in a ditch.

Villanueva said: “The primary causal factor for this traffic collision was driving at a speed unsafe for the road conditions and the inability to negotiate the curve of the roadway.

“Estimated speeds at the first area of impact were 84 to 87 mph, and the final estimated speed when the vehicle struck the tree were 75 mph.”

He added that American golfing great Woods did not press down on the break pedal before the collision after looking at the car’s ‘black box’, the authorities suspecting he accidentally put his foot on the accelerator in a panic because it was at 99 per cent capacity.

Officers back in February said Woods was “very fortunate” to come out of the incident with his life after losing control of his 2021 Genesis GV80. 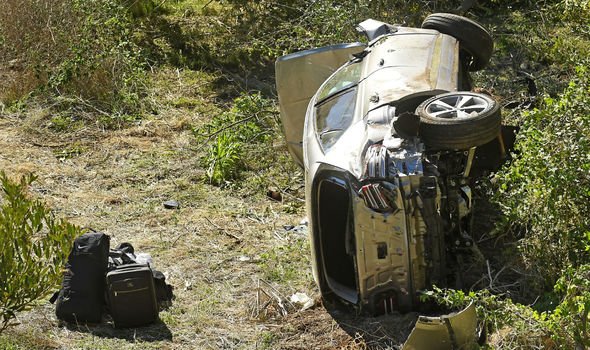 It is thought wearing his seat belt was vital in ensuring the 15-time major champion survived the impact.

Villanueva meanwhile described the incident as “purely an accident” with it having already been dismissed that either alcohol or drugs may have played a part in Woods’ crash.

The sheriff’s officials said there was no evidence that Woods was impaired or distracted at the time of the crash.

Woods will not receive a traffic citation, Villanueva added, as there were no witnesses. “He has no recollection of the incident,” another law enforcement official said. “He was dazed and confused, being in a state of shock.”

The 45-year-old misses The Masters this week, the scene of his greatest ever career triumph back in 2019, and may never play professional golf again due to the nature of his injuries.

Woods was left with multiple leg and ankle fractures and was treated at Harbor-UCLA by experienced surgeons. He is now recovering at home in Florida after several surgeries.

Rory McIlroy visited Woods recently and ahead of the tournament at the Augusta National this week, said of the 82-time PGA Tour winner: “Any time Tiger Woods tees it up in a golf tournament, it’s better.

“Unfortunately, he’s not here this year. Hopefully, if his recovery goes well, who knows, he could be back in 12 months’ time. He’s always missed when he doesn’t play in these big events and that doesn’t change this week.

“I know he’s at home and he’s fully focused on the recovery process and I feel like he’s mentally strong enough to get through that. Once he does, broken bones heel, and he’s just got to take it step by step.

“I know he’d love to be here, and I’m sure he’s going to put everything he has into trying to be ready to play here next year.” 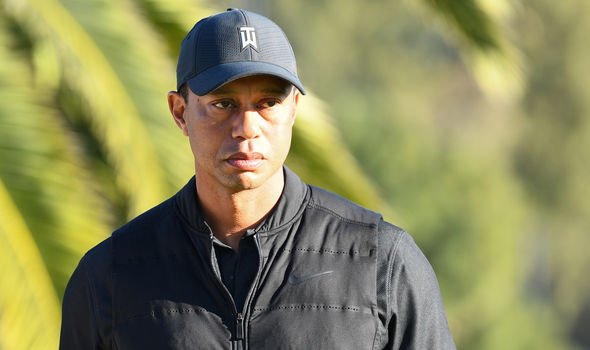 Two-time US Open winner Curtis Strange meanwhile said this week in an exclusive interview with Express Sport: “First thing when you hear car wreck is, did he make it through?

“Then you see the film of it that first day and I just said, ‘how did he survive?’.

“He did thankfully and now it’s just a waiting game but it was shock and it’s not the first time he has shocked us all.

“I know he’s back in home now, resting, trying to heal. With all the talks to doctors and how serious this is with his leg, at this point of time, I think we have to worry about his health and not that he might play golf again.

“Will he walk without a gait? Will he be able to swing a golf club and shift his weight?

“Who I’ve talked to, the leg should be ok, it’s the ankle and will that move properly. I just wish him well and he can come back and live a normal life.”