Tiger Woods hilariously trolled NFL legend Tom Brady as the 15-time major winner gloated about his countless number of hole-outs from his illustrious playing career. Athlete NFT site Autograph announced they had teamed up with the PGA Tour to create ‘digital collectibles’ of the tour’s ‘most iconic moments’.

Within the announcement, Autograph shared a clip of a number of these iconic moments which included some of the most impressive and famous shots golf has ever seen. NFL star Brady is a co-founder of Autograph, and an avid golfer.

Jokingly joining in the conversation, the Tampa Bay Buccaneers man replied with a video of an impressive hole-out of his own whilst writing: “As co-founder, I may need to mandate this one get added.”

Alongside Brady, golfing great Woods is also part of the Autograph venture and the 46-year-old could not resist a hilarious swipe at his business partner following his hole-out upload. Woods – who of course had countless hole-outs in his time – replied with a video with a compilation of his most impressive shots from distance. 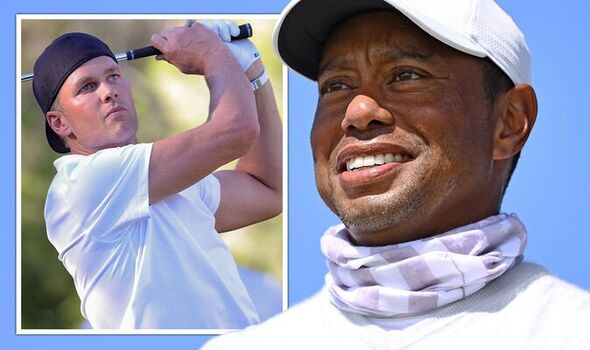 Trolling the NFL legend, he added the caption: “Our team at @Autograph knows better. I remember my first hole-out. And my second. And my third. And…” Accepting defeat, Brady replied: “Alright we get it,” with a laughing emoji.

In a year that he has spent most of his time on the sidelines, Woods has still been playing a pivotal role in the sport amid the ongoing LIV Golf saga. The American has often spoken out against the Saudi-backed series, and has been used as the PGA Tour’s trump card in battling to keep players from making the LIV switch.

Most recently, Woods – alongside Rory McIlroy – headed a meeting in Delaware which included the Tour’s top 23 players in the hope of suppressing the recently gained momentum by LIV Golf. Following the meeting, the American was hailed by McIlroy, labelling Woods an ‘alpha’.

The Northern Irishman said: “He [Woods] is the hero that we’ve all looked up to. His voice carries further than anyone else’s in the game of golf. His role is navigating us to a place where we all think we should be. I think it’s pretty apparent that whenever we all get in the room there’s an alpha in there, and it’s not me.”