The ashen faces of some of the beaten-up morning starters spoke volumes about the task in front of Tiger Woods as he played his first competitive round for five months.

One group ahead of him, his old rival Phil Mickelson laboured so badly he was three over par after just three holes.

How would Tiger fare alongside Rory McIlroy in the Memorial Tournament over the difficult early stretch at the course that Jack Nicklaus built at Muirfield Village? 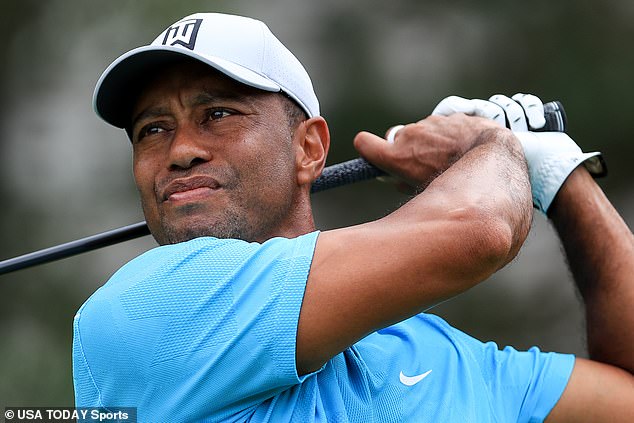 A perfect opening drive was followed by a wonderful short iron to 12ft and he rolled in the birdie putt. That any good for starters?

It got better at the third, where he struck his wedge approach to tap-in range.

Up ahead was the stretch from the fifth to the seventh, featuring two par fives and an easy par four. Woods, alas, couldn’t build on his spectacular beginning.

Not only did he birdie neither long hole, he bogeyed the par four. A further bogey at the 8th took him out in a respectable level-par 36.

McIlroy was on the same mark, recovering from an early bogey with birdies at the 6th and 7th before dropping a shot at the 9th.

After the early weeks following the restart where the players had things all their own way, what a refreshing contrast to see them on a tough layout where a blustery wind added a layer of protection. 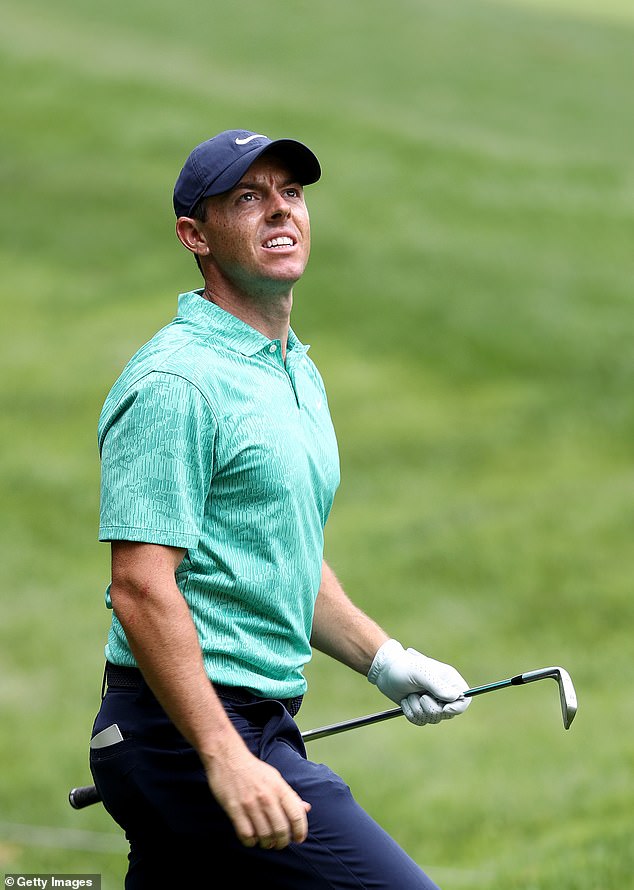 Among the early starters, muscle man Bryson DeChambeau hammered two drives more than 400 yards but still couldn’t break par, as he settled for a 73. Dustin Johnson, winner just over a fortnight ago, ballooned to an 80.

For the second event running, the venue is the masterpiece in Dublin, Ohio, where Europe notched their first Ryder Cup victory on American soil in 1987.

This, however, was a different proposition to last week’s set-up, with the tees pushed back, the rough allowed to grow and green speeds significantly swifter.

As if to emphasise the difference, Collin Morikawa, Justin Thomas and Ian Poulter — first, second and fifth last week — suffered a contrasting fate as they shot rounds of 76, 74 and 76 respectively. The early pace was set by American Brendan Steele with a fine 68, while forgotten man Jordan Spieth shot a notable 70.

Among the English contingent, Matt Wallace opened with a 72 but Danny Willett shot 74 while Matt Fitzpatrick stumbled to a 75.

Tags: Hi, into, is, quickly, Tiger, Woods
You may also like
Latest Posts