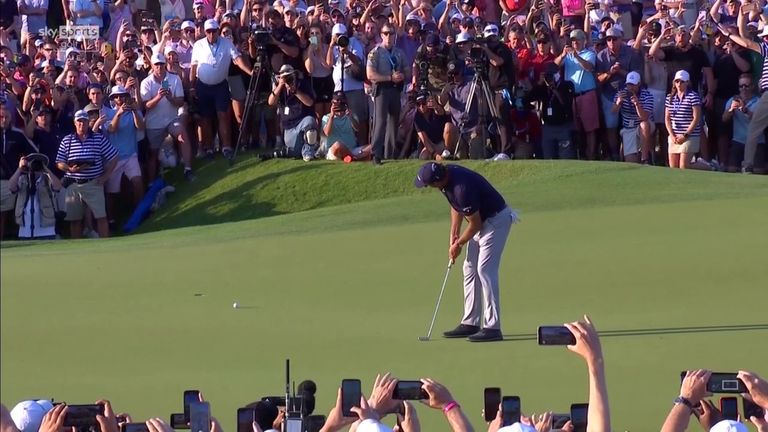 Tiger Woods has paid tribute to his long-time rival Phil Mickelson after the 50-year-old registered a history-making victory at the PGA Championship.

Mickelson claimed a two-shot victory on Kiawah Island’s Ocean Course to secure a sixth major title and become the oldest major winner ever, smashing the record held by Julius Boros since he won the same event – aged 48 – some 53 years earlier.

A final-round 73 was enough to hold off the challenge of Brooks Koepka and Louis Oosthuizen on the final day in South Carolina to win the Wanamaker Trophy for a second time, 16 years on from his first PGA Championship success. 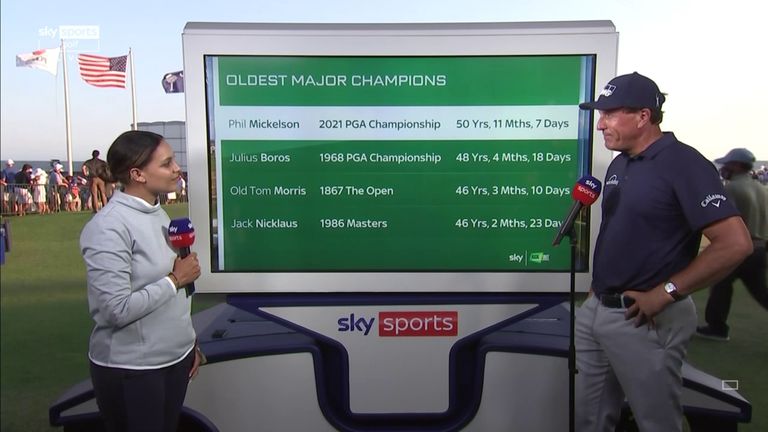 Victory will secure the 45-time PGA Tour winner a five-year exemption to the Masters, The Open and the US Open – the only major he requires to complete the career Grand Slam – with Woods, who missed this year’s contest as he continues to recover from injuries sustained in February’s car crash, quick to recognise Mickelson’s achievement.

“Truly inspirational to see @PhilMickelson do it again at 50 years of age. Congrats!!!!!!!” Woods tweeted.

Truly inspirational to see @PhilMickelson do it again at 50 years of age. Congrats!!!!!!!

Mickelson jumps from outside the world’s top 100 to world No 32 with his first major success since The Open in 2013 and his first PGA Tour title since the 2019 AT&T Pebble Beach Pro-Am, with major champions and notable names from the golfing world turning to social media to praise his victory.

In a video to Mickelson, released on his Twitter account, 18-time major champion Jack Nicklaus said: “Fantastic golf this week at Kiawah. You played great. You didn’t make any dumb mistakes, which is the whole key to winning a major championship. As dangerous as the course is, you played it very well. “

Chalk one up for the old boys ✅ ….Congratulations @PhilMickelson ? An absolute tough track…beat me by 33 shots and I only played 2 days!!?? Well done….Well done

Amazing performance @PhilMickelson, you’re an example for everyone one out there with your passion and will to improve. Great win ???

That’s why I adore the game of golf. Any sports fan loves @PhilMickelson.