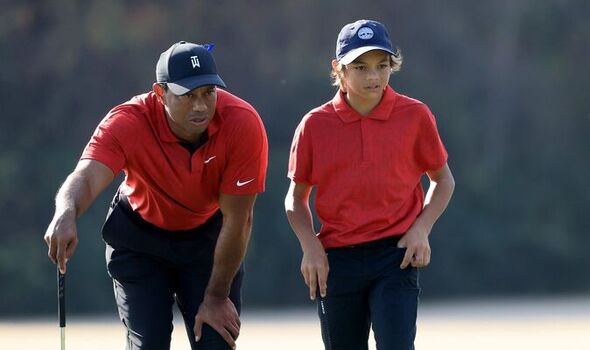 Like father like son – Charlie Woods is starting to make waves in the golfing world hitting a round of 68 with his iconic dad Tiger as caddie and mentor. The 13-year-old was playing in a junior national qualifying event in Florida and recovered from an opening round 80 with an impressive 68, guided by his 15-time major tournament winner dad on the bag.

“Dad told me to stay patient and just play steady golf,” said Woods junior. “Just to focus on each shot and don’t look too far ahead and just stay in the game.”

On the par-five 14th, Charlie caught the lip of the hole narrowly missing an albatross on his second shot. Tiger admitted that he has only hit two albatross scores during his career and his 13-year-old son almost followed in his footsteps. 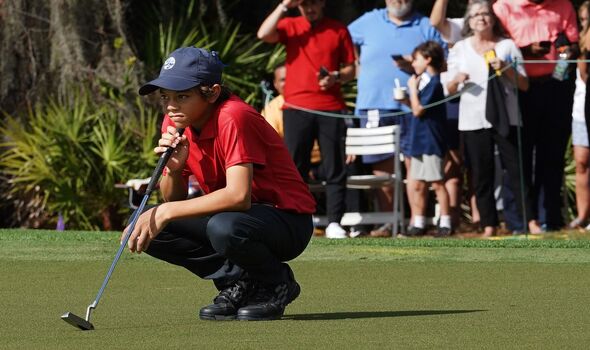 Woods junior has been improving his game over the last two years and partnered Tiger in the PNC Championship with Team Woods finishing second – two shots behind John Daly and his son John II. However, Woods junior had full control on this occasion with his impressive 68, which put him tied for fourth place in his age division (12-13) during the 36-hole qualifier.

His impressive round included an eagle, four birdies and two bogeys with Tiger helping his son along the way. Woods junior thanked his five-times Masters winning father for his valuable contribution. 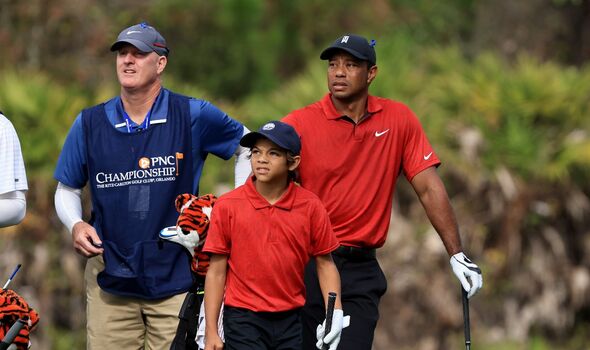 “Dad was awesome, I couldn’t have done it without him,” Woods junior added. “Some shots, I would have been so off, but he steered me on the right course.”