Despite his time on the course being limited, Tiger Woods’ role off it is as big as ever amid the PGA Tour’s ongoing battle with LIV Golf. Across his remarkable career Woods has been the tour’s poster boy, taking the American-based circuit – and the sport as a whole – to new heights.

These heights however are now being challenged, as the emergence of LIV Golf looks to pave the way for a new empire at the top of the game. The discussion surrounding the Saudi-backed series has been going on for some time, and for the most part PGA Tour chiefs seemed unfazed.

Despite this, with the Saudi-funded circuit is now breaking through as a rival to Jay Monahan and co, they have been forced to think again. From Phil Mickelson to Bryson DeChambeau, LIV have shocked the golfing world by prizing away some of the PGA Tour’s biggest assets – albeit with eye-watering amounts of money.

And now after months of battle, it seems the American-based tour is looking to lose no more after playing its trump card in Woods. A strong ally of the PGA Tour, Woods himself has spoken openly against the ideas of LIV, and those players who have decided to make the Saudi switch in his limited appearances on tour this year. 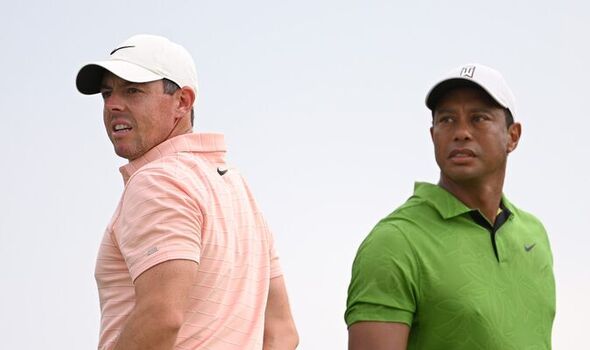 But with the threat growing greater and greater, the PGA Tour have been forced to play their hand by drafting Woods to keep the playing quota onside in what seems a last ditch move to keep the circuit on top of the golfing world. The 15-time major winner is undoubtedly the game’s biggest name, and when Woods talks people listen.

This therefore made him the PGA Tour’s perfect spokesperson in getting through to their playing members, after he was jetted into Delaware last week to speak in front of 22 fellow players at a behind-closed-doors meeting. Whilst those on tour are used to teeing it up alongside Woods, you can bet that every single member in the crunch meeting has looked up the golfing great as inspiration throughout their lives.

As well as holding god-like status amongst those who watch the sport, those who play it worship the 46-year-old just as much as anyone. Fellow PGA Tour star Rory McIlroy is the perfect example. Often seen as Woods’ protégé and the tour’s latest playing pioneer, McIlroy came out of last week’s meeting labelling the 82-time PGA Tour winner a ‘hero’, following his chat to the playing members in the room. 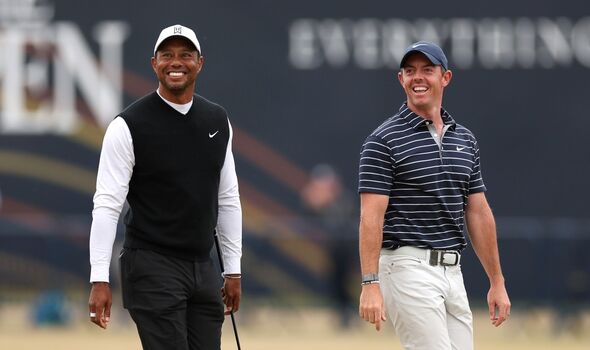 This will have been music to Monahan’s ears, with his plan to use Woods as the ultimate pull in clearly coming off. McIlroy himself though also has a role to play, as he himself has thrown himself onto the PGA Tour front line in the LIV battle alongside the golfing great. As a result, the pair have launched TMRW Sports, which is expected to host stadium golf events in unison with the PGA Tour – an idea pitched to those in last week’s crunch player meeting.

The Woods-McIlroy partnership has brought together the two biggest names in the game, and luckily for the PGA Tour both find themselves on their side of golf’s civil war. Equipped with Woods, McIlroy and their own modernising ideas to ‘grow the game’ the American circuit’s assault on LIV is well and truly on.