The Open: Tommy Fleetwood describes himself in three words

Some of golf’s biggest names will descend upon Scotland to tackle the Old Course on St Andrews, with heavyweights Tiger Woods and Rory McIlroy preparing to go head-to-head for the Claret Jug. Ahead of the tournament’s opening tomorrow, McIlroy admitted he would play “boring” golf across the four-day event, in a bid to win what he described as golf’s “Holy Grail”. The 33-year-old, a former winner of The Open in 2014, has not claimed a major win in eight years, but hopes to end that run in Scotland.

The Northern Irishman told the BBC: “You don’t have to do anything special.

“You just have to play sort of boring golf, but if I can do that for four days then I’ll have a good chance.”

Among the others set to take on St Andrews is England’s Tommy Fleetwood, currently ranked ninth in the world.

The 31-year-old has endured a difficult past season, but discussed his plan to hit the ground running when it came to his own ambitions to win his first major. 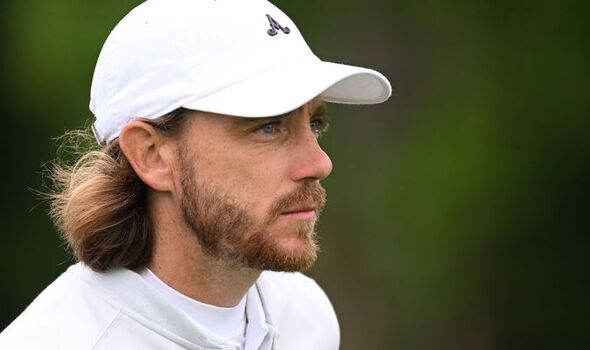 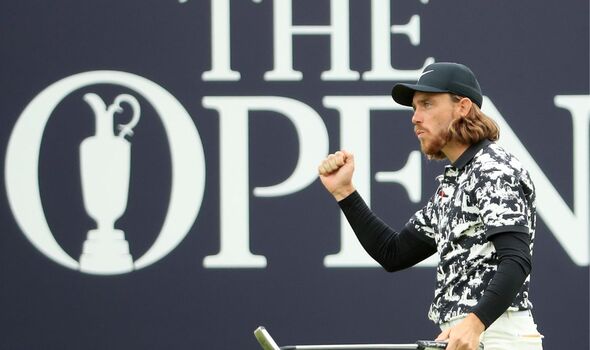 In an interview with The Scotsman in January, Fleetwood described St Andrews as a “special place”, and The Open in general a “the most special tournament in the world”.

He said: “I always sort of treasure the experiences that I have there and the opportunities there are to essentially try and achieve my ultimate dream, which is winning The Open.

“Yeah, massively excited; a course that I love and a tournament that I love.

“Hopefully when it comes to July, I’ll be right in form and I can try and compete again in that tournament.”

JUST IN: ‘I do what I’m told’ Tommy Fleetwood speaks out on wife’s rules 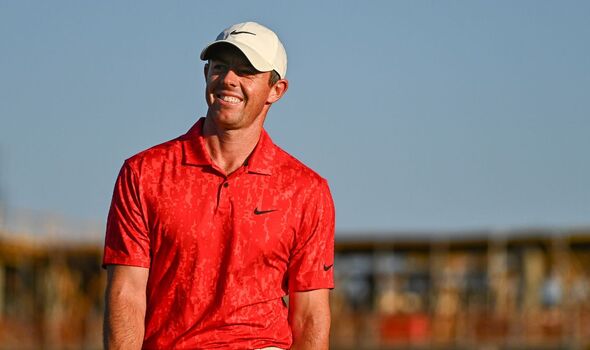 Fleetwood’s best performance in The Open came in 2019, when the event was held at Portrush Golf Club, in Northern Ireland’s County Antrim.

He finished second, six shots behind overall winner Shane Lowry, who hails from the Republic of Ireland.

The star will now be hoping he can roll back the years in a bid for glory, and put behind him 12 months that saw his worst performances at the majors since establishing himself in the game.

When pressed on his 2021 campaign, Fleetwood acknowledged that it was a “tough” year and that he “didn’t play well enough”. 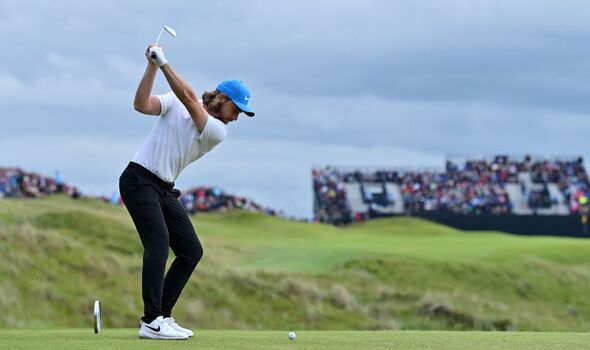 But he continued: “I was very rarely at a tournament where I felt very confident with my game or where all parts of my game are at. I lacked rhythm throughout the year.

He added: “I struggled off the tee which for me has always been a massive source of confidence and where I’ve broken courses down and built scores in the past.

“I think when I was missing that, found the game particularly hard. 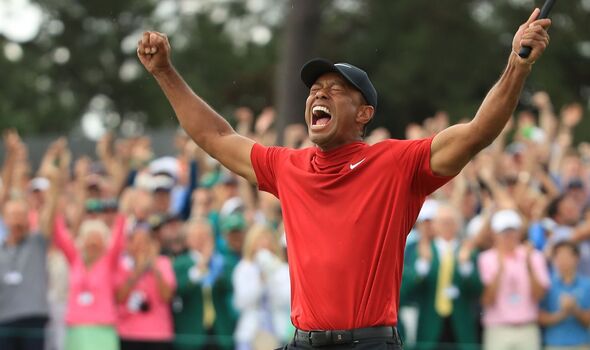 “There were actually parts and areas in my game that were stronger, which is comforting.”

More recently, McIlroy discussed his disappointment at not being able to defend his 2014 title at the following edition of the tournament.

The world number two was injured himself while playing football, forfeiting his spot in the line-up at St Andrews.

He added: “St Andrews is a golf course where you think you can go shoot 66 every time you play it.

“I know better than that and you can’t get too greedy. Be smart with your second shots, don’t take on too much and if you do that there’s always going to be chances.

Coverage of The Open airs this week across Sky and the BBC.