‘What’s wrong with the hole? Where do you start?’: Tyrell Hatton left fuming with par-five 18th after a score of NINE at the Abu Dhabi HSBC Championship that leaves his title defence in tatters

Tyrell Hatton came to the par five 18th at the Abu Dhabi HSBC Championship on Saturday with his name on the leaderboard next to the green, following an impressive third round charge.

He walked off the putting surface with his hopes of a successful title defence in tatters after running up a spectacular nine, his worst score on any hole in more than 200 events since he turned professional.

It followed on from a double bogey on the same hole on Friday and, given his occasional lapses in temperament, led many to wonder whether his clubs would follow one of his golf balls into the adjacent expanse of water. 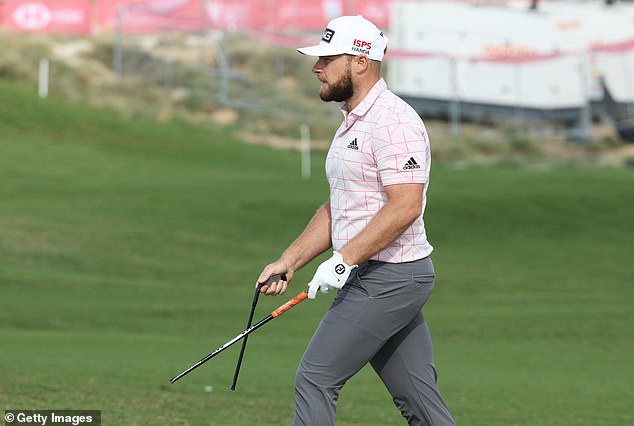 Instead, once he’d had lunch and cleared his head, he settled on a witty, caustic verdict.

‘It must be one of the worst par fives I’ve ever seen in my life and, over the last two days, I’ve played it about as well as it was designed,’ the Englishman told Sportsmail.

Yas Links is the event’s new venue and it’s fair to say Hatton is not a fan.

‘What’s wrong with the hole?’ said the man who recovered from a 77 on Friday to be six under for 13 holes. ’Where do you start?’ 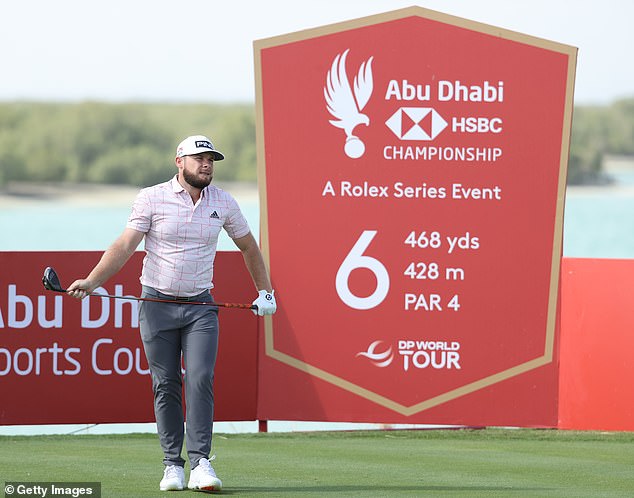