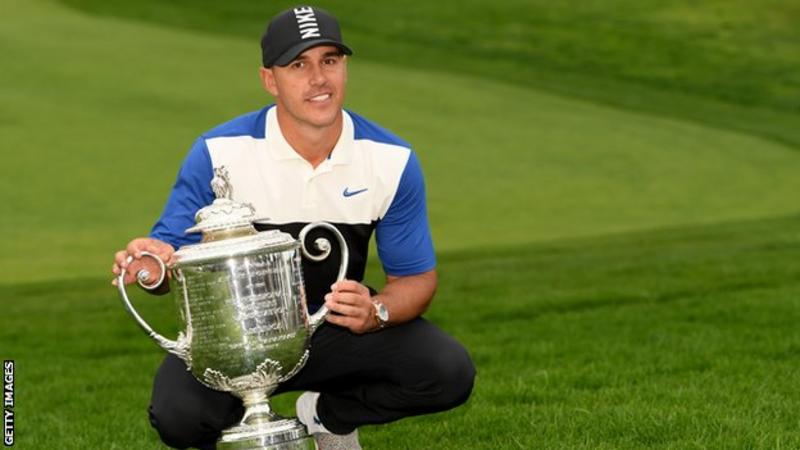 The US PGA Championship will go ahead on its rescheduled date in August but without spectators present.

The event at TPC Harding Park in San Francisco was moved from its original date of 14-17 May to 6-9 August because of the coronavirus pandemic.

It will be the first men’s major of the year, with the US Open moved to September and the Masters set to take place in November.

The 2020 Open Championship was cancelled because of the pandemic.

The PGA of America said the decision to stage the US PGA Championship behind closed doors was out of consideration “for the health and well-being of all involved”.

“We are both inspired and honoured to play on, grateful to the state of California and the city and county of San Francisco for being terrific partners,” said PGA of America chief executive Seth Waugh.

The PGA Tour returned following the coronavirus shutdown earlier this month, with Webb Simpson winning the RBC Heritage, the second tournament since the restart, on Sunday.

Both tournaments have been played behind closed doors, with players frequently tested for Covid-19.

American Nick Watney withdrew from the RBC Heritage after testing positive before round two.

The PGA Tour is set to play its first event with fans present at the Memorial Tournament in Ohio from 16-19 July.

The biennial Ryder Cup between the United States and Europe is also still scheduled to take place at Whistling Straits, Wisconsin, from 25-27 September.

Tags: 2020:, Championship, even, PGA, US
You may also like
Latest Posts