‘Change is fantastic as long as we change without hurting the innocent’: Tiger Woods applauds the Black Lives Matter movement as he prepares for ‘a different world’ ahead of return to golf action after five months out

Tiger Woods tempered enthusiasm with words of caution when asked about the Black Lives Matter movement that has made its presence felt in every city in America during his five months out of the spotlight.

As he prepares to end his own extended lockdown in the company of Rory McIlroy and Brooks Koepka in a high-profile threeball at the Memorial tournament in Ohio on Thursday, Woods commented: ‘I think change is fantastic, as long as we make the changes without hurting the innocent, and unfortunately that has happened.

‘Hopefully, that doesn’t happen going forward, but a movement and change is how society develops. That’s how we grow and move forward. That’s how we have fairness. 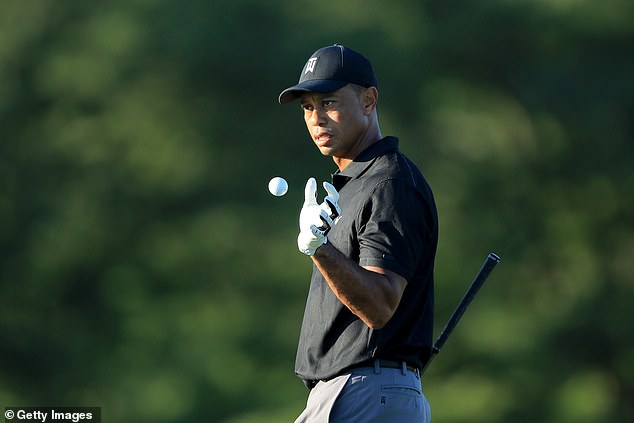 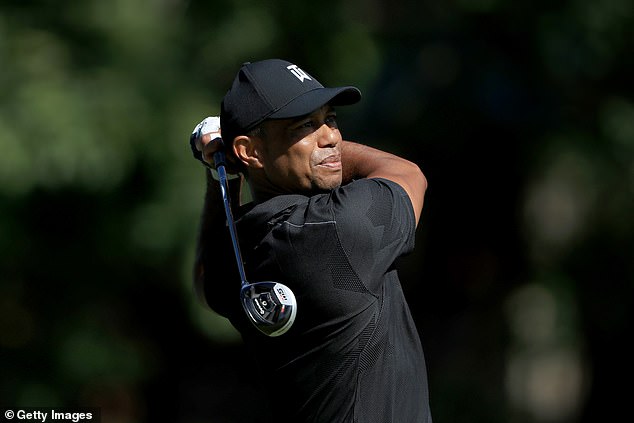 ‘Hopefully, we don’t lose any more innocent lives, as we moved to a better place socially.’

Never the most political of animals, it’s hard to imagine the 44-year-old former Stanford graduate following up with any grandiose gestures of support for the BLM movement before teeing off.

During his time away, Woods’s health improved to the point where he resumed playing tennis for the first time in 20 years. He read some novels by thriller writer Dean Koontz and played golf with his son, Charlie. ‘How good can he be? That’s all up to him,’ he said. 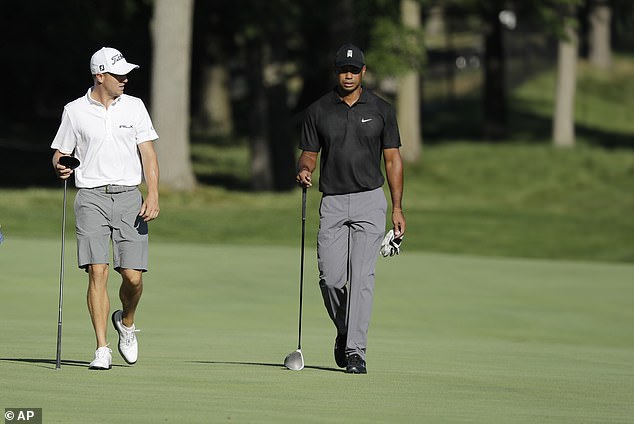 As for his return, when McIlroy played alongside Woods in the first round of the Genesis Invitational last year, the noise was so loud the Northern Irishman came off the course saying he needed headache pills.

Such has been life on tour for 24 years now for Tiger, a riotous kaleidoscope of sound and colour that he learned to harness to devastating advantage. It’s going to be fascinating, therefore, to see how he copes with solitude.

‘It’s not just that everything looks different, but the energy is clearly different,’ he said.

‘There’s nothing to feed off. You make a big putt or a big par, or a big chip or hit a hell of a shot, there’s no-one there. All the distractions, the noise, the excitement, the energy. It’s just a silent and different world.’ 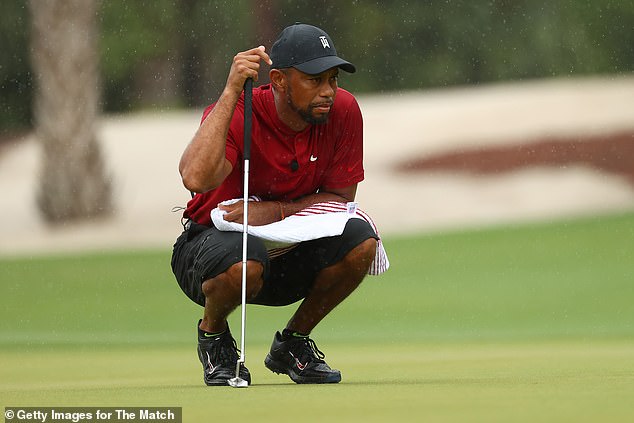