LIV has thrown big money at stars like DeChambeau, Cameron Smith, Phil Mickelson and Dustin Johnson in order to tempt them to join. However, their attempts to lure Woods failed, with the 46-year-old turning down a reported $700-800million (£573m-£655m) and reaffirming his loyalty to the PGA Tour.

Woods has also been at the forefront of the PGA Tour’s fightback against LIV, having teamed up with Rory McIlroy to set up TMRW Sports which is set to launch a new competition called TGL in partnership with the PGA in 2024.

However, speaking ahead of LIV’s fifth event in Chicago, DeChambeau thanked Woods for ‘creating’ the breakaway tour. “I think all the challenges that have happened in the course of my life, even from when I was in high school, junior high, elementary school, they’ve all been warming up to this moment, to make this big decision,” he said. 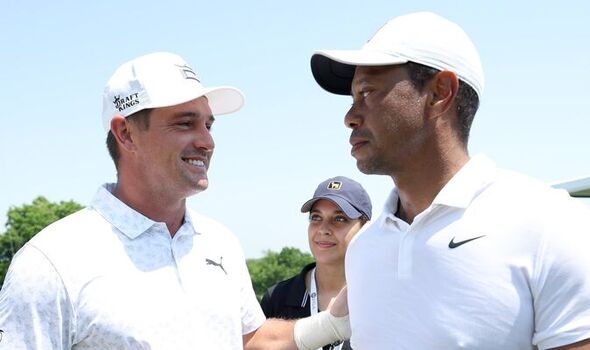 “This is the biggest decision besides choosing my agent that I’ve ever made in my entire life. I couldn’t be more happy to be over here [at LIV Golf]. I have no buyer’s remorse. I have ultimate respect for the PGA Tour and what they’ve done for my career.

“As I’ve said it from day one, they’ve allowed me this opportunity. I have to look back and thank Tiger for this opportunity because he’s the one that’s ultimately created this.” DeChambeau also spoke about LIV’s quest to earn world-ranking status, with the tour submitting an application to the Official World Golf Rankings on July 6.

“A lot of the players are part of those discussions,” he added. “That’s why we’ve all banded together. I cannot speak on that, because from the player meeting we had, it was very positive, a lot of great conversations back and forth between Peter Dawson, from what I could tell, and from what LIV officials could tell me, and that’s all. 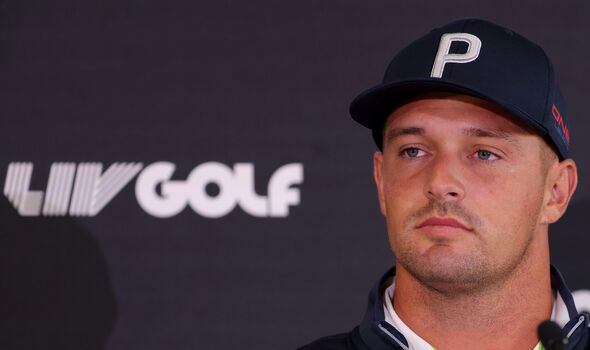 “That’s all it is. We’re going to get to a conclusion hopefully here in the coming months in regards to how this is all going to work out. But yeah, there will be tweaks.

“There will be adjustments on both ends. It’s going to have to be. This has never been done before, and there has to be a compromise if we want to work effectively in this ecosystem.”