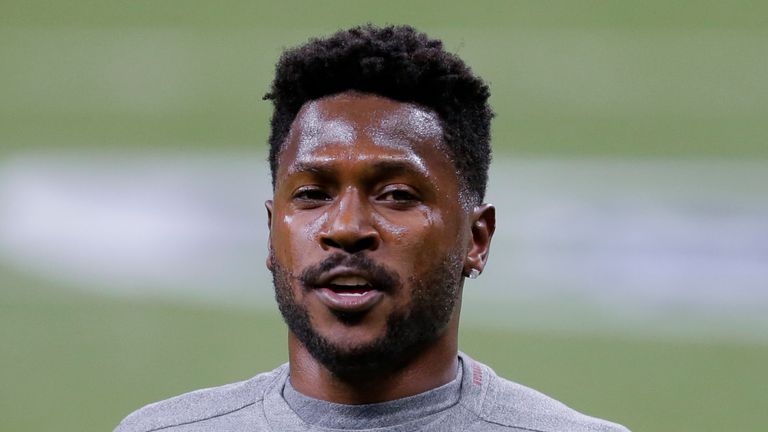 Antonio Brown is re-signing with the defending Super Bowl champion Tampa Bay Buccaneers, on a one-year deal worth up to $6.25m, NFL Network’s Mike Garafolo and Tom Pelissero reported on Wednesday.

A seven-time Pro Bowl wide receiver, and four-time All-Pro, Brown signed with the Bucs midway through last season. In eight games (four starts), he had 45 catches for 483 yards and four touchdowns.

Brown added a further touchdown grab in Tampa Bay’s Super Bowl LV triumph over the Kansas City Chiefs in February to add a ring to his decorated on-field career.

Off the field, Brown recently resolved a civil dispute with his former trainer Britney Taylor, who had accused Brown in a 2019 lawsuit of sexually assaulting her. The two sides reached a settlement.

After nine success seasons with the Pittsburgh Steelers, Brown was traded to the Raiders in the 2019 offseason, was released, signed by the New England Patriots and released again amid his legal troubles.

After serving an eight-week suspension for violating the NFL’s Personal Conduct Policy, Brown signed with the Bucs and he now returns for the 2021 season and, per his agent, $3.1m of his new contract is fully guaranteed, plus it includes a $2m signing bonus.

Aiming to secure back-to-back titles, the Buccaneers have managed to retain all 22 of their Super Bowl starters on their roster, with 32-year-old Brown also now retained.