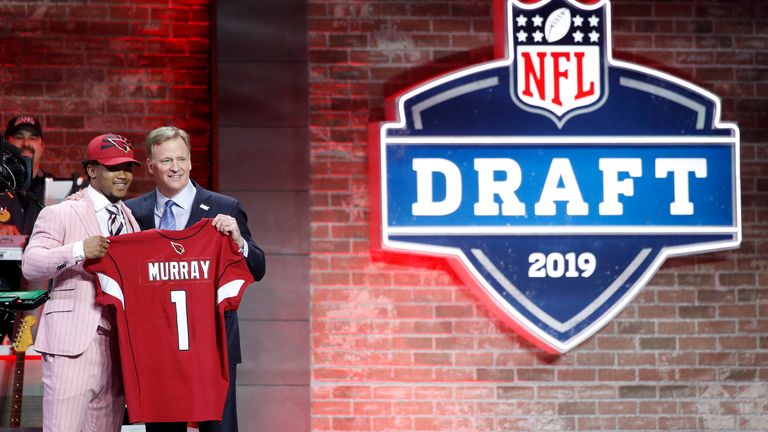 The NFL Draft 2020 will go ahead despite the ongoing coronavirus crisis, but in a modified format without public attendance.

NFL have announced the clubs’ selection of players will proceed as scheduled from April 23 to 25 and it will be televised, although exactly how the process will work has yet to be decided.

The public NFL Draft events in Las Vegas next month will not take place, however.

NFL Commissioner Roger Goodell said: “This decision reflects our foremost priority – the health and safety of all fans and citizens.

“While this outcome is disappointing both to the NFL and to the Las Vegas community, we look forward to partnering with the Raiders, the City of Las Vegas and the Las Vegas Convention and Visitors Authority for a future NFL Draft as well as evaluating opportunities for other major NFL events in Las Vegas in the future, including the Super Bowl.”

Pending developments in the ongoing coronavirus pandemic, the 2020 NFL season will begin on September 10 with the Kickoff Game, expected to be hosted by the defending Super Bowl LIV champion Kansas City Chiefs.

The season will conclude with Super Bowl LV on February 7, 2021, at Raymond James Stadium in Tampa, Florida.