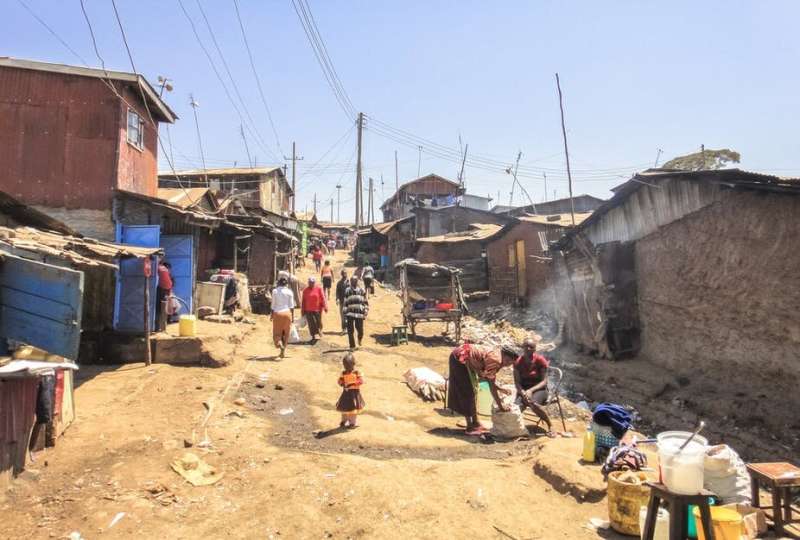 The world has seen dramatic improvements in maternal, newborn and child health. For instance, the World Health Organisation reported a 38% reduction in maternal deaths between 2000 and 2017, globally. Maternal deaths refer to deaths due to complications from pregnancy or childbirth.

In the past, health and socioeconomic indicators in sub-Saharan Africa tended to be more positive in urban areas compared to rural areas. The trend has however changed since the 1990s. These indicators have deteriorated in urban areas as a consequence of urban poverty which is having an adverse impact on the health of mothers and children.

Our recent systematic review looked at inequalities in access to and use of maternal, newborn and child health services in the sub-Saharan African region. We focused on urban settings where access to and quality of care challenges have been growing because of the rapid increase in urban populations and urban slums.

We found a great variation in use of these health services. The variations were due to factors like poverty, low levels of education and unemployment, among many others. These socioeconomic and cultural determinants of health and inequality are in force in urban areas—and healthcare systems must deal with them more effectively.

The review assessed all relevant published literature and journal articles. We looked for primary articles with key words relating to maternal, newborn and child health, wealth, equity and many others.

We looked for studies on access, coverage and inequities in maternal, newborn and child health services. These studies were published between 2002 and 2019, and focused on urban areas in sub-Saharan Africa. Our systematic review covered 53 research articles from 11 African countries. Most publications were from east Africa.

Independent reviewers looked at the data and assessed the quality of the studies. They reviewed the findings of each study and weighed the evidence.

The focus was on all services received by women and children relating to prenatal care, delivery and postnatal periods. Among the services were antenatal care, prevention of mother to child transmission of HIV, skilled birth attendance and postnatal care.

We also looked for evidence of inequalities: systematic, avoidable and unfair differences in health outcomes that can be observed between populations, between social groups within the same population or as a gradient across a population ranked by social position.

Our review found wide variations in the use of maternal and child health services in urban settings across sub-Saharan Africa. Different factors at the individual and household, health facility and environmental levels contributed to the variations in uptake of these services.

Antenatal services were poorly used among younger mothers but higher among married women. Formally educated women or women with an educated partner or husband, those in employment and from financially secure households were also highly likely to use antenatal care services when compared to their counterparts.

The was sub-optimal use of health facilities or skilled delivery service was observed in a number of groups. These include younger mothers, women who weren’t married, women with low levels of education, those unemployed, women whose husbands and partners were in casual or uncontracted labor, and women from poorer households. The inability to pay for services and long distances to health facilities were other factors that affected the use of these services.

The postnatal care use was higher among women from financially stable households and those exposed to mass media like radio or television.

The use of child health services like vaccination varied according to factors like maternal age (lower among younger mothers), maternal education (higher among women who received formal education), and marital status (single motherhood affected use). Maternal occupation and conditions of work were relevant too, as was poverty. Proximity and quality of services affected access too.

Healthcare must be improved

The findings might not be surprising—they are similar to findings about determinants of health in general. But what this systematic review highlights is that socioeconomic determinants still make a difference to healthcare access, and they persist in urban settings across sub-Saharan Africa. This contradicts the idea that living in cities offers better economic and health prospects.

The evidence suggests there is no longer an “urban advantage”. Primary healthcare models must change to meet the needs of the less educated and poorer people, in particular women and children living in urban slums.