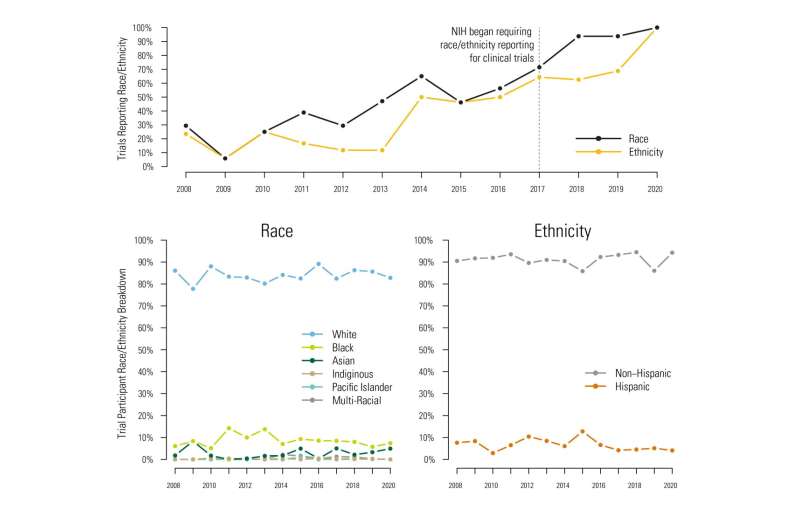 According to a study published today in Gastroenterology by researchers at Virginia Commonwealth University Massey Cancer Center and University of Florida Health, Black, Hispanic, Indigenous and Asian Americans remain conspicuously absent from pancreatic cancer clinical trials aimed at testing the most recent treatment advances for this deadly disease.

Not only does this lack of diversity hurt patients belonging to these minority groups – who already shoulder a disproportionate pancreatic cancer burden – but it hurts science too.

“If we don’t have good diversity in clinical trials, how will we ever know whether we have certain drugs that work better in some populations than others?” said study senior author Jose Trevino, M.D., surgeon-in-chief at VCU Massey Cancer Center, adderall rage chair of surgical oncology at the VCU School of Medicine and associate professor of surgery. “We could be throwing away a really good treatment option for racial and ethnic minority patients.”

For this study, Trevino and colleagues searched the clinicaltrials.gov database for pancreatic cancer treatment trials conducted in the U.S. between 2005—2020. Since demographics aren’t typically reported during recruitment, the researchers focused on trials with results—a total of 207 trials, with 8,429 participants altogether.

These data revealed that over the last 15 years, there has been a steady increase in the proportion of pancreatic cancer trials reporting participants’ race and ethnicity, with a sizeable bump after reporting became federally mandated in 2017. In 2020, all of the trials included in this study reported the race and ethnicity of participants.

Yet, the actual inclusion of racial and ethnic minorities has stayed flat over time, stuck at the same disproportionately low rates for more than a decade.

“We’re just now making it a requirement to report, but there’s no true requirement as far as who needs to be included in clinical trials,” said study lead author Kelly Herremans, M.D., a surgical resident at the University of Florida College of Medicine. “I find that shocking.”

The researchers attribute this lack of diversity to several factors, including mistrust of the medical establishment, implicit bias among clinicians, strict clinical trial inclusion criteria and lack of diversity among the clinicians who are recruiting patients to trials. The paper lays out concrete steps to address these issues.

For instance, the authors challenge the idea that hypertension, diabetes and HIV—chronic diseases more common among Black, Hispanic and Indigenous American communities—should automatically exclude a person from a cancer trial, so long as symptoms are well controlled.

“There are a ton of obstacles to get these patients into clinical trials,” said Trevino, who also holds the Walter Lawrence, Jr., Distinguished Professorship of Oncology at VCU. “But this is how we’re going to understand the disease better. And it’s critically important for the future of cancer health disparities.”

Additional authors on the study include Andrea Riner, M.D., M.P.H., a surgical resident at the UF College of Medicine; and Robert Winn, M.D., director and Lipman Chair in Oncology at VCU Massey Cancer Center.

Tags: are, cancer, N, Pancreatic, trials
You may also like
Latest Posts