Prior infection with the severe acute respiratory syndrome coronavirus 2 (SARS-CoV-2), which is the virus responsible for the coronavirus disease 2019 (COVID-19), lipitor manufacturer is associated with a low risk of reinfection.

A reassuring new study published on the preprint server medRxiv* supports the opening of workplaces to seropositive workers in view of the extremely low risk of reinfection observed in this cohort. This was common among different sectors, irrespective of the particular risk associated with the occupation. 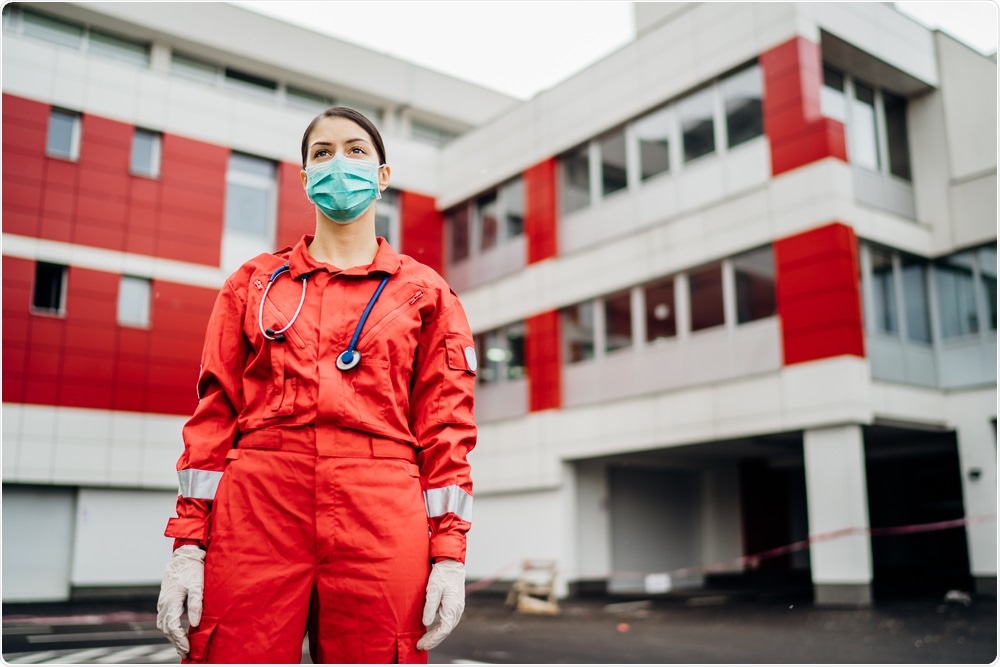 Several large studies have demonstrated that natural infection with SARS-CoV-2 is protective against reinfection, with a tenfold reduction of risk. Healthcare workers were found to be at a higher risk of infection, along with other essential workers. These studies often reported marked differences in seroprevalence between different occupations.

Since physical contact and the lack of personal protective equipment are risk factors for the transmission of SARS-CoV-2, social distancing and other measures to create barriers between workers have been implemented in many occupations. Despite these efforts, most countries around the world that enforced these measures experienced a severe second surge in COVID-19 cases.

In Switzerland, for example, the second wave of COVID-19 prompted a repeat of partial lockdown measures; however, essential workers were, as was the case in the first wave of the pandemic, were still required to go to work. The study, therefore, aimed to understand the extent to which prior infection protects against infection and reinfection, with or without other protective measures, and in different types of occupations with varying degrees of contact.

What were the findings?

Essential workers were chosen from a seroprevalence study in Geneva and cross-checked against a registry of SARS-CoV-2 infections. The serologic assessment was conducted between May and September 2020, until January 25, 2021. All confirmed infections were thereafter listed.

The workers were classified into three occupations, which included workers who needed to be near one another for long periods of time, those who required brief but regular contact during work, and others.

The researchers found that of the approximately 10,500 workers studies, about 3,000 were segregated into the first occupation category. The remaining workers were almost equally divided between the other two categories.

All participants were monitored over the next six months by reverse transcriptase-polymerase chain reaction (RT-PCR) or antigenic rapid diagnostic test (Ag RDT) on nasopharyngeal swabs. Each worker had, on average, 1.3 tests.

This led to the identification of five positive SARS-CoV-2 tests among seropositive workers and 830 COVID-19 cases among seronegative persons. This corresponds to an incidence rate of 0.2 and 3.2 cases per person-week, respectively.

The incidence rates were similar in all three categories, thereby indicating that the degree of contact with fellow workers or customers at work was not as important as the presence of immunity. In these situations, the risk was reduced by 93% and 95% respectively. The risk of testing positive for SARS-CoV-2 positive therefore reduced by 93% in the seropositive group of essential workers. 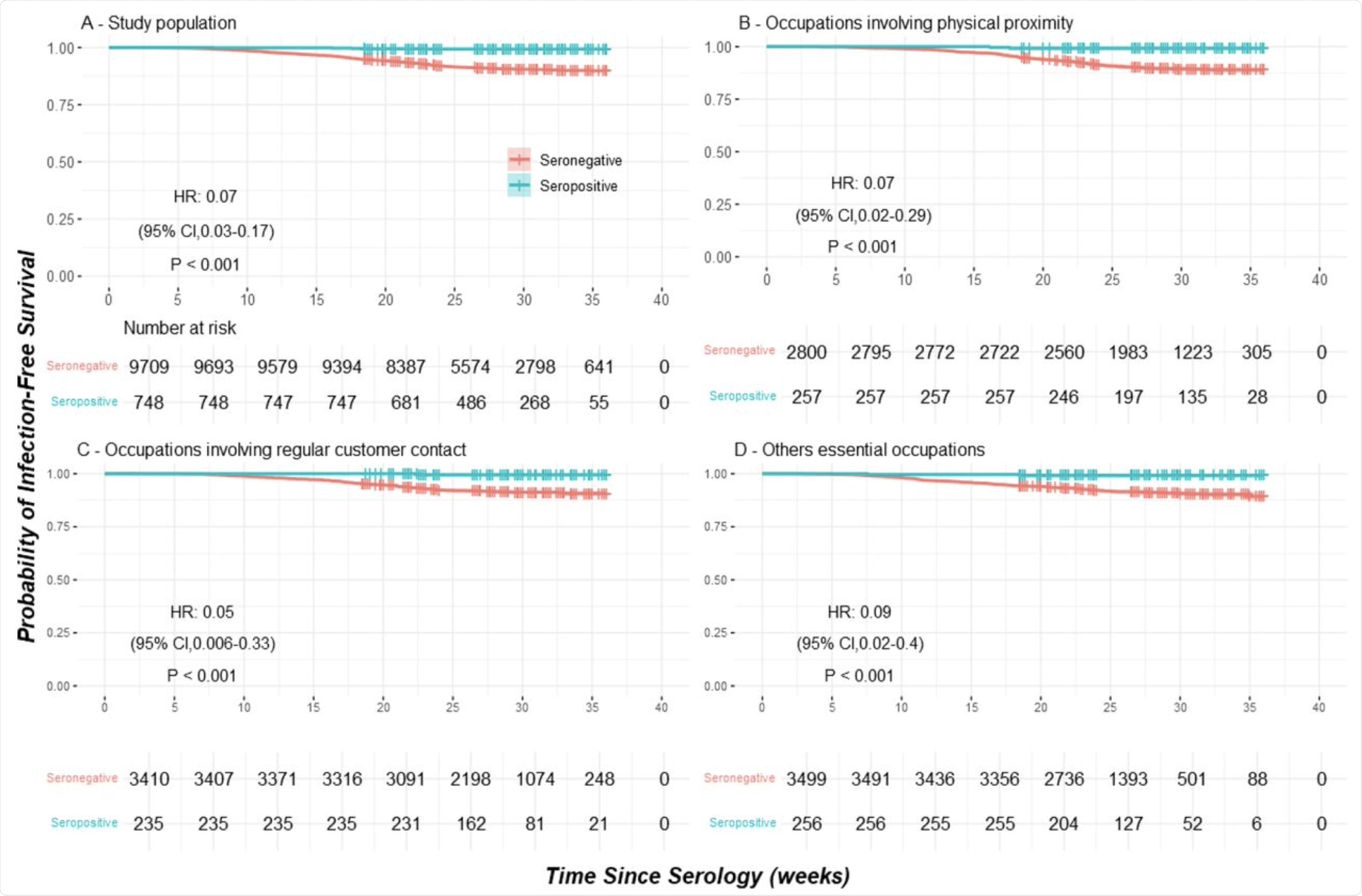 Infection-free survival according to serostatus in the study population (Panel A) and in subgroups of occupations (Panel B, C and D).

“A ten-fold reduction in the hazard of being virologically tested positive was observed among anti-SARS-CoV-2 seropositive essential workers, regardless of their sector of occupation, confirming the seroprotective effect of a previous SARS-CoV2 exposure at least six months after infection.”

The current study’s results corroborate earlier conclusions made in a Geneva-based study conducted by the same team. In their previous study, the risk of a positive SARS-CoV-2 test was reduced by 94% at 35 weeks after serologic testing. Similarly, a Danish population-based study showed that both the community at large and healthcare workers, in particular, were 80% or more protected against infection.

The current study found that all essential workers have a similar risk of infection, regardless of the risk of exposure, thereby indicating that the universal use of PPE is highly protective. The almost-identical rate of reinfection also indicates the high protection conferred by prior infection.

Tags: coronavirus, Coronavirus Disea
You may also like
Latest Posts