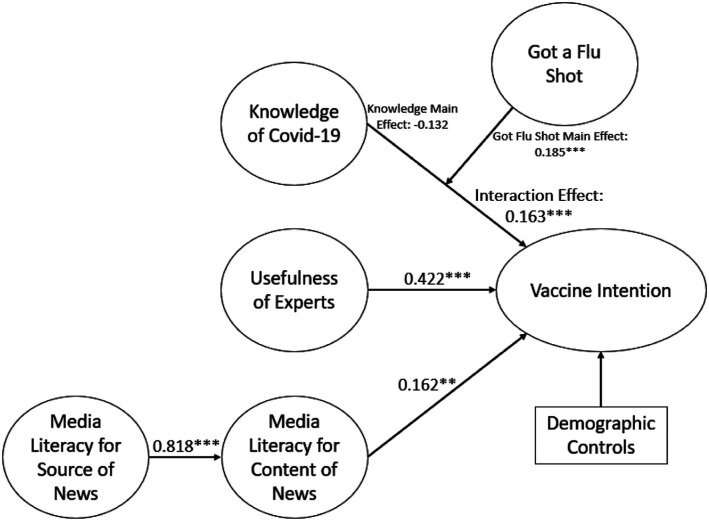 An early pandemic survey found that respondents’ intentions to receive COVID-19 vaccines were linked more to their media literacy and opinion of health experts than knowledge of the virus or previous vaccination behavior.

“We have known for some time that knowledge and previous behavior can provide helpful clues to what people will do, but that is often insufficient to reliably predict behavior,” said Erica Austin, director of the WSU Murrow Center for Media and Health Promotion. “What we found was that measurements of trust in experts, the ability to identify reliable media sources and the ability to critically evaluate those media sources were more powerful predictors than either previous vaccine behavior or previous knowledge.”

For this study, the researchers conducted an online survey of 1,264 U.S. adults. The results indicate that people were engaging in what’s called motivated reasoning: the psychological process by which people consciously and selectively use facts to lead to a conclusion that reinforces their desired beliefs rather than rationally analyzing the evidence.

The results have important implications for health promotion practice and research, Austin added. It highlights the significance of individuals’ attempts to independently verify information and the need to cultivate their trust in health experts. The researchers also recommend that public health campaigns make sure to respect individuals’ freedom to make decisions for themselves while helping them make those decisions based on accurate information from credible sources.