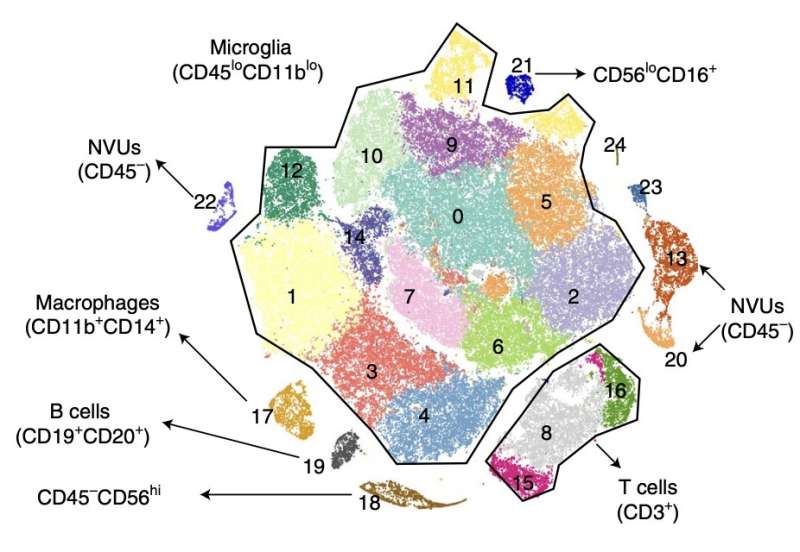 Epilepsy is a common condition that causes those affected to experience frequent seizures, which are bursts of electrical activity in the brain that temporarily impair its functioning. These seizures can present differently and can be associated with uncontrollable jerking or shaking, a loss of awareness or staring blankly into space, how much topamax does it take to get high becoming stiff, unusual bodily sensations and collapse.

Today, there are several treatments for epilepsy, including anti-epileptic (i.e., anticonvulsant) drugs, surgical procedures to the part of the brain that is causing the seizures, the adoption of a ketogenic diet and the introduction of electrical devices (i.e., vagal nerve stimulators) in the body to control seizures. Pharmacological treatments are the most prescribed by physicians, as they are typically effective in reducing or entirely suppressing seizures.

Some patients, however, show a resistance to anti-epileptic drugs, which can result in the persistence of seizures, sometimes with severe developmental consequences. Better understanding how epilepsy develops and persists over time could help to devise effective and non-invasive alternatives to existing epilepsy drugs, which might prevent patients with drug-resistant epilepsy from having to undergo surgical procedures.

Interestingly, some studies on children with drug-resistant epilepsy have found that corticosteroid treatments can reduce the frequency and intensity of seizures. While the reasons why for this are still poorly understood, many believe that it could be due to a connection between inflammation and the disease’s development.

Researchers at SingHeath/Duke-NUS Academic Medical Center, Duke-NUS Medical School, and other medical institutes in Singapore have recently carried out a study examining the role of pro-inflammatory mechanisms in childhood epilepsy that cannot be treated with anticonvulsant drugs. Their findings, outlined in a paper published in Nature Neuroscience, offer valuable insight that could guide the development of alternative and more effective treatments.

“We aimed to address the hypothesis that inappropriate pro-inflammatory mechanisms contribute to the pathogenesis of refractory epilepsy (non-responsiveness to antiepileptic drugs) in human patients,” Pavanish Kumar and his colleagues wrote in their paper. “We used single-cell cellular indexing of transcriptomes and epitopes by sequencing (CITE-seq) to reveal the immunotranscriptome of surgically resected epileptic lesion tissues.”

Using their genetic approach, which is rooted in single-cell transcriptomics, Kumar and his colleagues examined the cellular composition of brain tissue lesions of children with drug-resistant epilepsy, as well as the interactions between different cells in these regions. This led to the detection of CNS-resident microglia that exhibited strong pro-inflammatory responses and of peripheral pro-inflammatory cells, such as T helper (TH) 17 cells and monocytes.

Their analyses also unveiled an altered gene expression in the smooth muscle cells and endothelial cells that engage in the trafficking of leukocytes, blood cells that help to fight off infections and diseases. To study cell-cell interactions involved in drug-resistant child epilepsy in even more depth, the researchers used a technique called sequencing on physically interacting cells (PIC-seq).

This technique involves the analysis of pairs of cells encapsulated in a droplet during single-cell RNA sequencing, also known as “doublets.” Using this method, they were able to pinpoint a cluster of doublets containing microglia and T cells, in which genes related to inflammation and cytotoxicity were mutually upregulated.

As these microglia-T cell pairs made up more than two-thirds of the doublets they detected, their findings suggest that these types of cells interact often in the brains of patients with drug-resistant epilepsy. To validate their results, the researchers also used a technique known as immunofluorescence staining, which can be used to map the activation and interactions of cells involved in the human immune system.

“Our approach uncovered a pro-inflammatory microenvironment, including extensive activation of microglia and infiltration of other pro-inflammatory immune cells,” Kumar and his colleagues wrote in their paper. “These findings were supported by ligand–receptor (LR) interactome analysis, which demonstrated potential mechanisms of infiltration and evidence of direct physical interactions between microglia and T cells.”