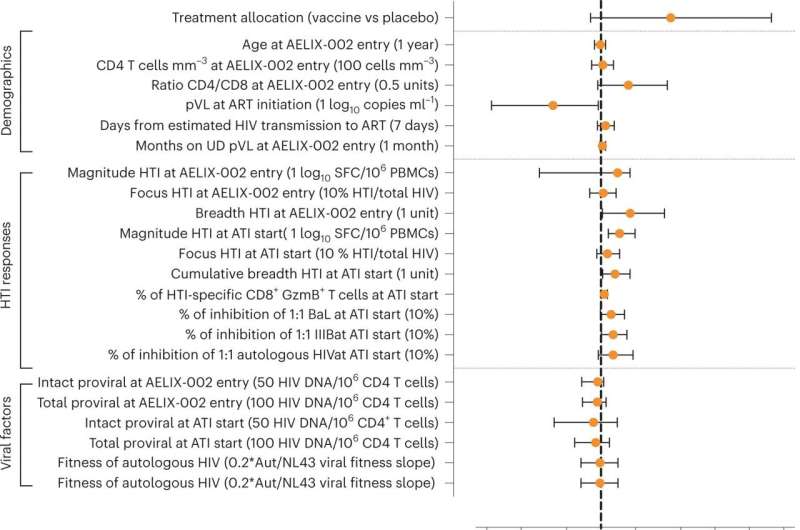 A phase I/IIa clinical trial that the University of Oxford collaborated on has demonstrated that a T-cell therapeutic HIV vaccine was associated with better control of the virus rebound when antiretroviral therapy (ART) was temporarily withdrawn.

Researchers carrying out the AELIX-002 study, whose results have been published in Nature Medicine, reported that two fifths of participants without any genetic background associated with spontaneous HIV control were able to stay off ART for the six-month duration of the supervised ART pause.

Tomáš Hanke, Professor of Vaccine Immunology at the Jenner Institute, Nuffield Department of Medicine, who leads on HIV vaccine development, said, imipramine hcl 25 mg “This result provides further encouragement that active immunization against HIV may be possible, slowing HIV replication, providing a window of treatment holidays for people living with HIV and eventually leading to HIV cure. T cells/T-cell vaccines are likely to play an important part in the final package for HIV cure and, perhaps, other advanced therapies for difficult diseases.”

Participants received several rounds of vaccination before interruption of the antiretroviral treatment and weekly monitor of their viral load.

Among the 45 participants enrolled in the study, 41 reached the interruption phase and, of these, 26 received the vaccine and 15 received a placebo under a double-blinded trial design—neither the patients nor the researchers knew the patients’ allocation until the study was completed.

Of those who had no protective genotypes, eight vaccine recipients were able to stay off ART, while all but one participant in the placebo group had to restart treatment before the end of the six-month treatment interruption.

Prof Hanke directs an HIV Vaccine Program at the Jenner Institute that aims to develop a vaccine strategy for induction of protective T cells focused on the vulnerable conserved regions of HIV and encompasses trials in the UK, Europe, the US and Africa, where his partners and he enhance research capacity and infrastructure.