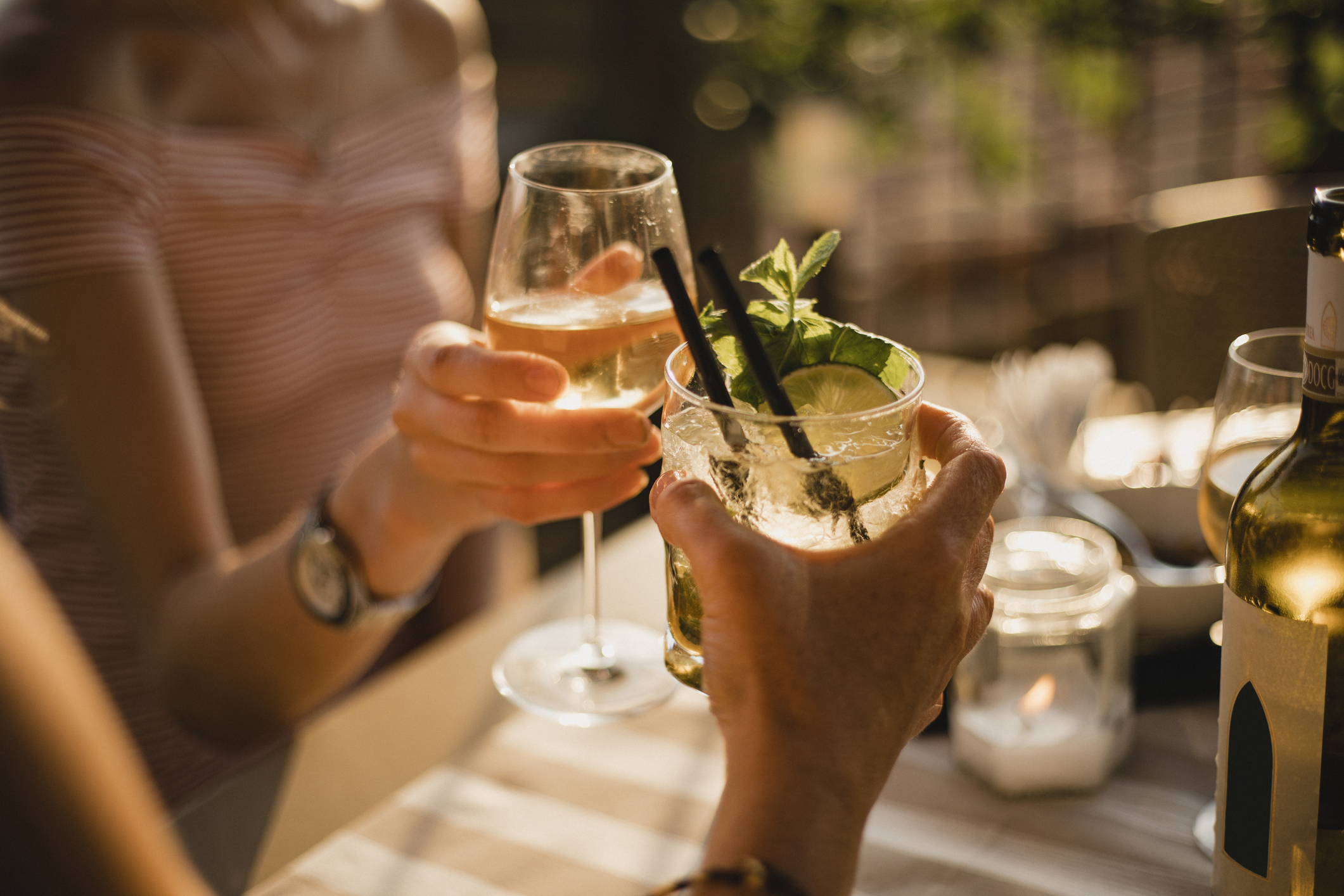 As I was dancing with my friends in a club, I saw a girl sitting all alone.

In my drunken revelry, I tried to get her to join us and motioned her over. She shouted at me to leave her alone, synthroid and vitron so I pushed her.

Things escalated when she threw her drink at me, leading to everyone in the club staring at us. That’s when security came over and threw us both out.

At the time, it felt hilarious and like a badge of honour for my extreme drunken state.

Looking back, I feel deeply ashamed and realise how unacceptable my behaviour was that night. What’s worse is that this incident was just one of the many drunken antics that I’d proudly tell my friends about.

In my early 20s, drinking was a way to escape my usual ‘boring’ self and bring out a completely different side of my character.

I didn’t know how to consume alcohol without getting completely wasted and would binge drink to feel like I fitted in with British culture.

After many incidents like these, I eventually decided to go teetotal, where I no longer rely on alcohol for confidence. It has been one of the most freeing experiences in my life, where I’ve learned to find true confidence from within.

Growing up as a Muslim, I always refrained from drinking alcohol and saw it as deeply taboo – I was brought up to believe that alcohol was dangerous and that people who drank were easily tempted to commit sinful acts. They were being led astray by the devil’s temptations from worshipping god.

Yet, as an adult, it felt impossible to avoid. At university, it became a a draw that I could no longer resist.

I often blacked out and woke up with a banging headache

In an environment where drinking was openly encouraged, I felt the pressure to do it to seem ‘liberal’ and ‘free’ out of fear of being seen as ‘boring’. I would consume alcohol to find my ‘true confident self,’ except it wasn’t who I truly was.

After graduating, I moved abroad to China on an international scheme with other graduates from the UK. When I arrived at the airport to meet my cohorts, I felt shy and anxious.

My palms were sweaty, and my head spun after the long flight. I was surrounded by a group of strangers, who would become a big part of my life in the next few months.

Hundreds of miles away from my friends and family, I desperately wanted to feel connected with my new peers. Alcohol was a way to quell these fears and bring out the version of myself I wanted people to see.

When I was sober, I was shy and reserved – yet wasted, I felt free and unstoppable. The drunk me was a far cry from the awkwardness I often felt when being around big groups.

As a bunch of westerners in China, we were constantly plied with cheap alcohol and free entry to clubs by club promoters. It was addictive, taking up these endless offers for inexpensive nights out. I would down glasses of beer, wine, and vodka, or sometimes all of them mixed together.

I would pour the drinks down my throat at such speed that I didn’t care what I was drinking or what it tasted like – I just wanted to get drunk, and fast.

There were no elders to watch or admonish me as there would be back home. I was surrounded by other young people doing the same thing, and I could do whatever I liked – when I liked – in a judgment-free zone.

I often blacked out and woke up with a banging headache. I’d be cozily tucked up in bed by my friends, who always had to carry me back home and take care of me.

Unfortunately, my drunken state would make me emotional, so I would lash out at people and lose my temper. Sometimes I would pick fights with friends and make inappropriate comments. One time, I apparently accused a friend of being racist, which was deeply hurtful for her.

The mornings after my nights out, I’d wake up with horrible anxiety and spend the rest of the day feeling ashamed and embarrassed. The feelings of dread in my stomach and paranoia convinced me that everyone around me hated me.

My friends became deeply concerned about my drinking habits, which felt confusing. Wasn’t this the standard procedure on a night out? Apparently not, but I kept going in the coming weeks, until it got too much.

It became exhausting for my friends to carry me home and take care of me when vomiting in Ubers and blacking out in the middle of dancefloors. Drinking to them was not a novelty, but it was such a new and exciting experience for me.

It all came to a sudden realisation that I needed to stop when I had become so drunk at a work party that a colleague had to take me home. It wasn’t just a co-worker, but one of the department directors. Apparently, I was stumbling around and falling off chairs.

All I remember from that night was arriving at the venue and feeling nervous because everyone was much older than me. I had several glasses of wine to calm my nerves, but before I knew it, I had to be taken home.

After this moment, I suddenly realised that I wasn’t drinking to enjoy myself but to crush my feelings. It was a way to escape and become someone else. While people around me took small sips, I was gulping down glasses and falling into a stupor. This was affecting my friendships and also my professional life.

Luckily, this realisation taught me to understand that relying on alcohol was a disservice to who I truly am. My drunken states cost me friendships and put me in dangerous situations that have never been worth it.

At that moment, I decided to stop drinking in 2018 – three years after I first took it up, which was a difficult step.

Alcohol was a way to make the loud blaring music and packed space bearable. If I needed shots to enjoy it, then it wasn’t truly enjoyable.

I forced myself to ease my way into social situations and take things slowly. I no longer put pressure on myself to be a certain way – I’ve learned having a good time with your friends should never feel like a performance.

When I’ve had the occasional sip of beer, wine or spirits since giving it up, I’ve realised I hate the taste. It’s bitter and medicinal and makes my tummy hurt. Because I was glugging it down all the time, I didn’t realise you’re supposed to like the taste. I don’t.

I now go for walks in the park, brunch meals, and visit art galleries with my friends. These teetotal activities have enabled me to forge deeper connections with my friends. Instead of laughing about our last drunk night out, our conversations go beneath the surface, and we talk about our hobbies, interests, and goals.

My advice for others feeling pressured to drink is to consider what truly makes them feel fulfilled on a long-term basis, rather than the short-term joy you get from alcohol. The ‘loose’ and ‘uninhibited’ feelings from being drunk can be addictive, but it wears off and you wake up the next morning.

Your sober self is who you truly are and it’s important you search within yourself to find joy naturally without needing alcohol. It’s challenging at first, but it’s worth it.

Recently, I visited a friend in the countryside, where we went to see a local sculpture park and had a picnic. When I got home, my friend texted to say she felt so calm and centered around me that day, which is just what she needed after a stressful period at work.

I felt exactly the same, and that is the feeling I look for in my friendships.

That feeling of connection and fulfilment I get around my friends is better than any drunken night out. And it’s a permanent feeling that grounds me in reality with who I truly am.