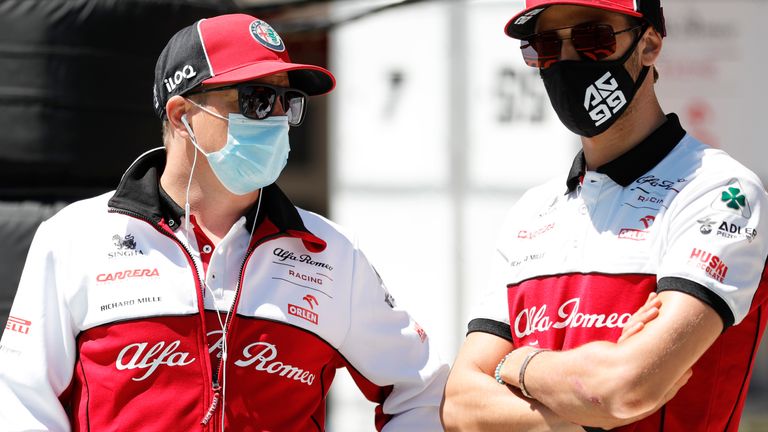 Kimi Raikkonen and Antonio Giovinazzi will remain together at Alfa Romeo for a third consecutive Formula 1 season in 2021, the team have confirmed.

The new deals for the pair means 2007 world champion Raikkonen, F1’s record-breaker in terms of race starts, will continue in the sport beyond his 42nd birthday next October.

While the announcement also closes the door on two more available seats for next season, meaning there are now just five spots to fill on the grid.

Raikkonen and Giovinazzi were expected to stay with Alfa, despite strong links to Sergio Perez and Mick Schumacher.

“Alfa Romeo Racing is more than a team to me, it is like a second family,” said Raikkonen. “So many of the faces that were around me when I made my Formula 1 debut in 2001 are still here and the unique atmosphere of this team is what gives me that extra motivation to keep going in what will be my 19th season in the sport, next year.

“I wouldn’t be here if I didn’t believe in the team’s project and in what we feel we can achieve together. This is a team that values hard work over words and this fits well with my style: I am looking forward to next year and hopefully making some steps forward towards the front of the midfield with the team.”

Giovinazzi, who has three points to Raikkonen’s two in 2020, added: “The team has put a lot of faith in me and I have done my best to repay this confidence with hard work and commitment. 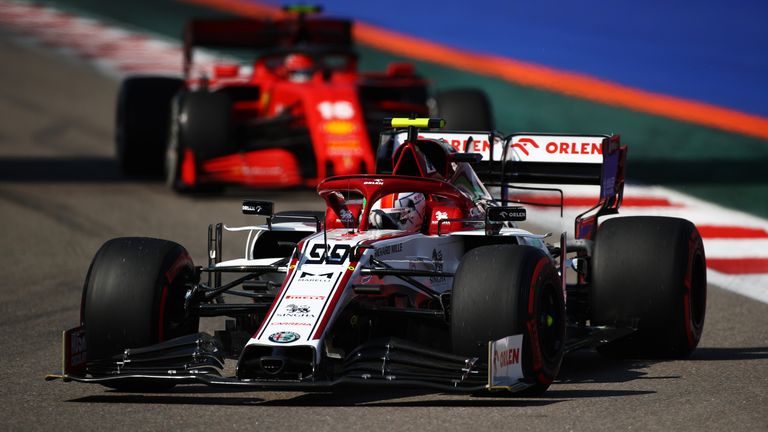 “We have achieved some good results and I feel I have done my part to make the team progress, but the road ahead is still long and there is much more we want to achieve together.”

Of the five seats still available for 2021, one is at Mercedes which six-time Lewis Hamilton will almost certainly fill. Red Bull, meanwhile, haven’t confirmed Max Verstappen’s team-mate, nor AlphaTauri Pierre Gasly’s – while there are two seats at Haas up for grabs.

Schumacher, the F2 championship leader, and fellow driver in F1’s feeder series Nikita Mazepin are the favourites for the Haas drives.

Raikkonen to extend F1 record with Alfa in 2021

Raikkonen has spent the last two seasons at Alfa Romeo since being let go by Ferrari and, after a difficult start to this season for the team, the Finn has performed strongly recently and opened his 2020 points account at last month’s Tuscan GP.

Michael Schumacher was the last driver to race in F1 aged over 41, the German seven-time champion competing in his final race when 43 years old in 2012.

“Kimi is a driver who needs no introduction: his talent has been clear to everyone since 2001 and I still see the passion and motivation in him every time I see him at work,” said Alfa Romeo team boss Frederic Vasseur. “He can be trusted to deliver 100% of what the car can produce and he is a true leader for the people working around him.” 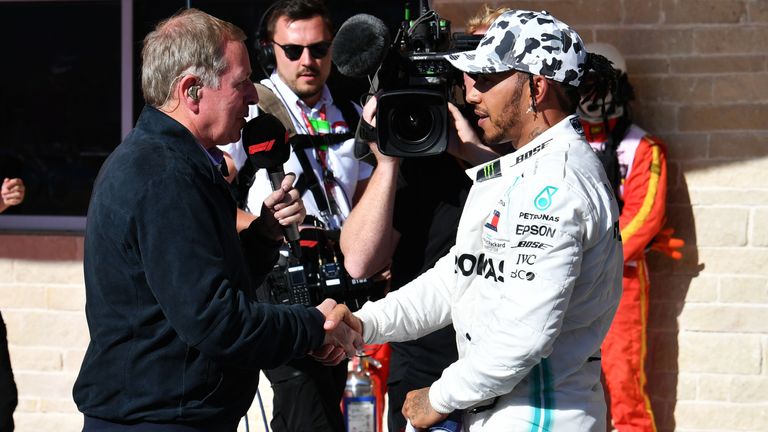 Extraordinarily, the ever-green Raikkonen will mark the 20th anniversary of his F1 debut next year still on the grid and driving for the same team he took his first steps at the top level with.

A 21-year-old Raikkonen had only started 23 car races by the time of his F1 debut with Sauber but quickly proved he belonged at the top level, finishing sixth at his first race in Australia and fourth on two occasions in his debut campaign.

Selected to replace title-winning countryman Mika Hakkinen at McLaren in 2002, Raikkonen won his first race in Malaysia the following year and took a title fight with Schumacher down to the final round.

He was a title contender again in 2005, but his challenge to Renault’s Fernando Alonso was let down by reliability problems.

Ferrari came calling for 2007 to succeed Schumacher, who decided to retire from F1 for the first time, and Raikkonen came from a long way back in the points standings to pip his former team’s duelling drivers – Alonso and Lewis Hamilton – to the world title by a single point. 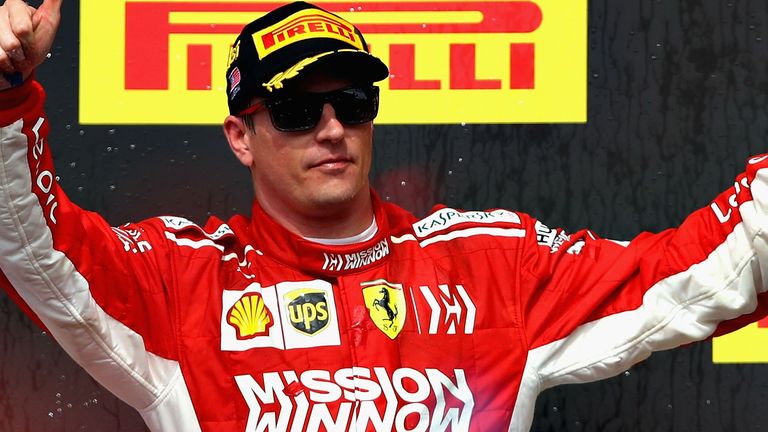 Although he took further race wins in 2008 and 2009, he was deemed surplus to requirements by Ferrari at the start of the new decade and paid off to allow Alonso to join.

A switch of racing discipline followed for the following two years, with Raikkonen sampling both the World Rally Championship and NASCAR.

He returned to F1 in 2012 for two years with Lotus, where he impressively won two races and finished third in the Drivers’ Championship, before Ferrari signed him up for a return.

While he was overshadowed by Alonso for one year and then Sebastian Vettel for four seasons, Raikkonen was a reliable performer and his final year at Maranello saw him return to the winner’s circle at the US GP in Austin – aged 39, F1’s oldest winner for 24 years.

Tags: F1, Formula 1, on, Sky, Sports
You may also like
Latest Posts