Carlos Sainz has suggested he will play a similar role to Valtteri Bottas when the Finn was at Mercedes as the Spaniard hopes to help Ferrari claim world championship glory in 2022. His teammate Charles Leclerc started the season well as he secured wins in two of the first three races but Red Bull’s Max Verstappen has dominated since.

Sainz came agonisingly close to a maiden career win at the Canadian Grand Prix last weekend, with the 27-year-old finishing P2 within a second of Verstappen following late safety car drama. Ultimately, the Dutchman proved to be too quick as he romped to his sixth win of the season.

It proved to be a frustrating result for Sainz even when overlooking the fact he has never won a race before in Formula 1, as Ferrari haven’t won a race since Leclerc triumphed at the Australian Grand Prix. Red Bull have since gone on to win six successive races to establish an early stranglehold on both the drivers’ world title and the Constructors’ Championship.

Sainz was delivering one of his finest performances in a Ferrari to date in Montreal as he chased Verstappen down, but he ultimately missed out. Looking ahead to the rest of the season, the Spaniard is confident Ferrari can fight back against Red Bull.

“There was a chance to win – perhaps without the last Safety Car, I would have passed it and not been caught,” Sainz said.  “I want this victory more than any other, I risked everything but to overtake Verstappen I needed more top speed. 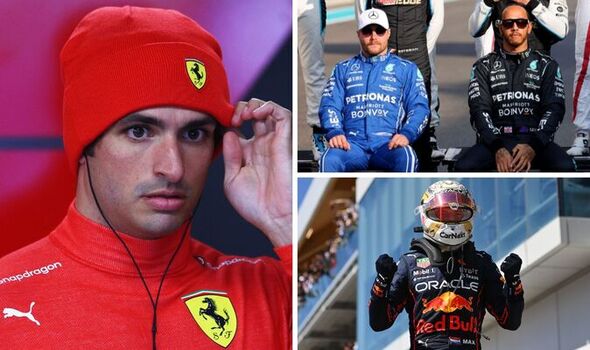 “Today was good, and if I started in front of the Red Bull, I would have gone away. I had one-two tenths of an advantage; it is the first time I felt the fastest.

“At Silverstone, we will take another step. I wanted to win, but I had good feelings. The victory was very close. We thought they were faster than a tenth, but right from the start I felt like pushing.

“I also believe in the World Championship, for everyone at Ferrari. My approach is to go race after race without thinking about the Championship. I want to win all the races, and be fast because this is how the championship is won.”

Sainz implied he will imitate Bottas by playing the team game to ensure Ferrari find success in the championships, even if it means aiding Leclerc as he battles Verstappen and Red Bull teammate Sergio Perez for the 2022 world title. The Spaniard will undoubtedly hope Ferrari are able to find overtaking easier at Silverstone next time out. 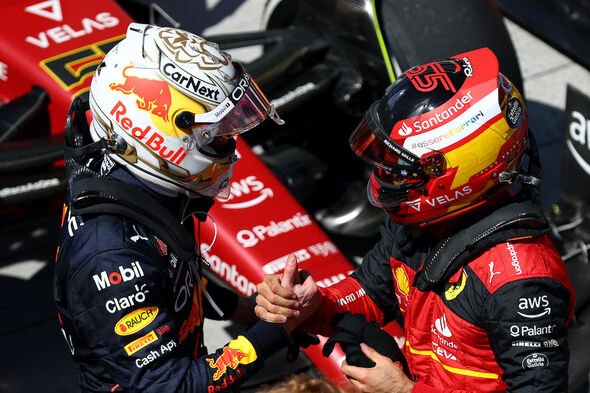 “I pushed hard. I didn’t even leave an inch under braking when close to the walls,” Sainz added. “I pushed to the maximum even with the battery; I gave everything to pass Max, but we didn’t have enough speed to get close enough.

“However, the good thing is that we were a bit faster throughout the race. We lacked something to overtake, but we are happy with the race pace, for how we managed to put pressure on Max, and the pit stops were right.

“We gave it our all and we came very close to winning. I take the positives and will continue to try in the next race.”

The 22-race F1 2022 campaign continues with the British Grand Prix at Silverstone on July 3.