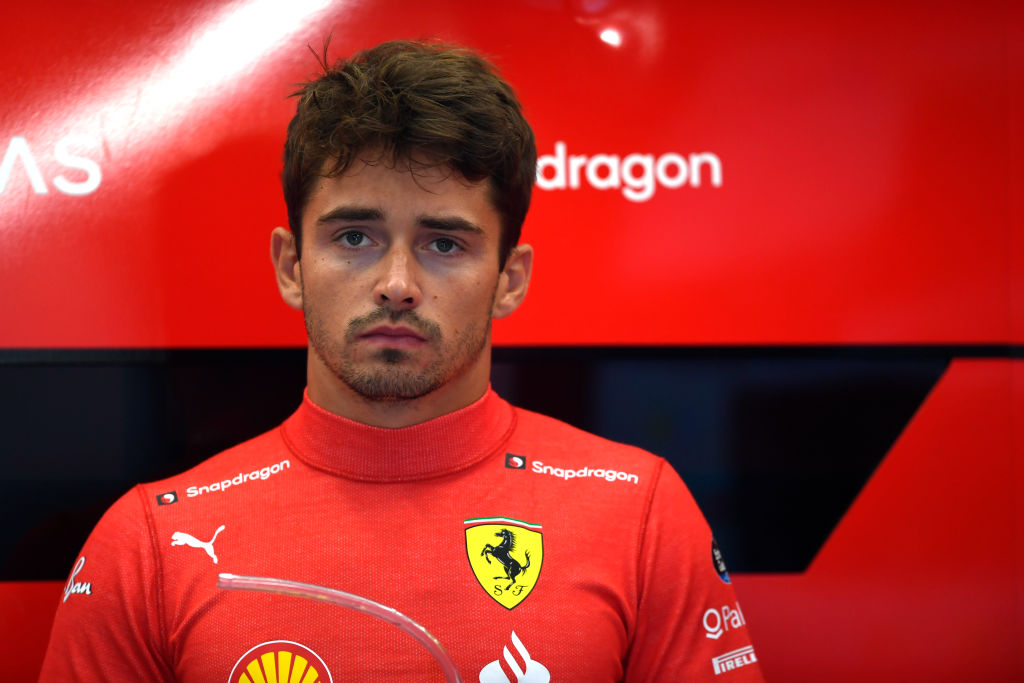 Charles Leclerc has admitted that his chances of beating Max Verstappen to the Formula 1 title this year are all but over.

Verstappen’s Red Bull was just too quick for anyone else at last weekend’s Belgian Grand Prix, with the Dutchman powering through the field to win his ninth race of the season from 14th on the grid.

Leclerc meanwhile started 15th but once again suffered from terrible luck as a visor tear off, ironically from Verstappen’s helmet, got stuck in his brake duct and caused performance issues early in the race.

The Ferrari driver looked set to finish fifth but was told to pit again with just two laps to go in an attempt to snatch the fastest lap bonus point away from his title rival, but even that went awry as he emerged behind Fernando Alonso after his stop and ended up having to battle the Alpine for position instead.

The Monegasque crossed the line fifth but was eventually dropped to sixth after getting penalised for speeding in the pitlane.

‘Other than all of this, there’s obviously the pace also. The thing that is strange is that the feeling is quite okay in the car, then you look at the pace compared to the Red Bull, and they are on another planet completely.

‘I don’t expect it to be like that every single race weekend, just because of the track layout, more downforce on the car to get round, less straights as well. So definitely, it will be closer.

‘But we of course again made a bigger gap which is of course very nice, but we know that we have to score points every single weekend.’