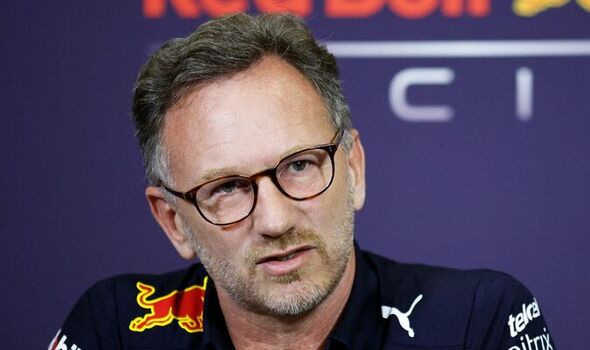 Christian Horner has blasted F1’s budget cap regulations – despite Red Bull acknowledging they were at fault after entering an ‘accepted breach agreement’ with the FIA. The governing body had revealed that the under-fire team overspent by £1.86million during the 2021 season, when the cap was locked at just over £116.2million.

Now Red Bull have been hit with a whopping fine worth over £6m – plus a 10 per cent reduction in permitted aerodynamic research.

Yet despite accepting the penalties, Horner could not help but blast the sanctions – declaring the FIA need to use this example to reshape their approach in regards to the salary cap.

“We accept that this set of regulations is immature, we accept this FIA administration has inherited these regulations, and there’s an awful lot of work for the future,” Horner stated.

“Had we dragged it out through the process, to an appeal, it had taken months, and beyond that. The amount of speculation, commenting and sniping that has been going on in the paddock, we thought it was in everyone’s interest that we close the book here and today.

“We accept the penalties. Collectively we have a duty of care, together with the other entrants, there are lessons for everyone to learn.”

Horner was also keen to make a point that Red Bull had only committed an overspend of “0.37 per cent” – therefore suggesting the 10 per cent research reduction was “pretty draconian.”

He added: “The cost cap is an important part of F1. With such a new concept of incredibly complex regulations.

“It’s all different between all of those entities so that’s why we’ve chosen to accept it but as I say, it’s time to put it to bed and move on.”

The fine must be paid by Red Bull within the next 30 days.

Prior to the punishment, they were already restricted to the lowest permitted aerodynamic research time after winning this season’s Championship.

“By winning the constructors’ championship, we become victims of our own success by having a 5 per cent incremental handicap compared to second and third places,” Horner continued.

Prior to the official FIA verdict, Mercedes chief Toto Wolff had declared that just £1m or £2m could prove the difference-maker over the course of a season – despite insisting he saw no problem with the result of the dramatic 2021 campaign.

“I don’t know the exact excess, but one or two million can decide a championship. The FIA has to make a meaningful decision,” the Austrian said, as quoted by Gazetta dello Sport.