Daniel Ricciardo has joked he is “definitely” not moving to Mercedes alongside Lewis Hamilton despite being tipped for a back-up role. Reports ahead of the Italian Grand Prix claimed Ricciardo was a possibility for a reserve driver role at the Silver Arrows next season.

Ricciardo could then be promoted to a race seat if Hamilton decided to walk away from the sport before the 2024 season. The McLaren driver has failed to rule out a reserve drive if options run out for him on the grid.

However, he jokingly snubbed the German manufacturer and said he was “not doing it” when offered a presenting job on Formula One’s official post-race show on YouTube. Ricciardo made the remarks as he was being interviewed by new Formula Two champion Felipe Drugovich.

Ricciardo asked the new Brazilian champion what his plans were for next season. 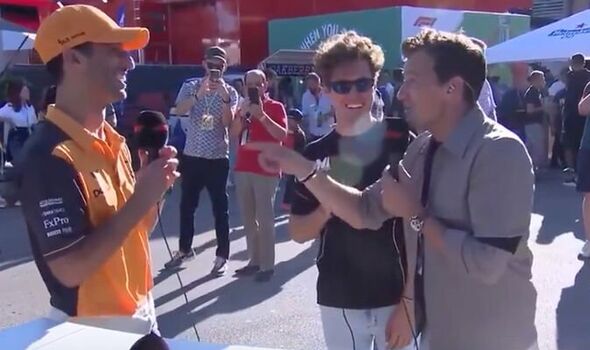 But, Will Buxton jumped in, adding Ricciardo could have a future as an F1 pundit. He said: “Here’s the thing. This is what I told you the other day. If you take that Mercedes reserve driver you’ll be hosting the post-race show next year with me.”

Ricciardo responded: “I’m definitely not doing it then.” It comes after Ricciardo was axed by McLaren after the Hungarian Grand Prix.

Mercedes driver Lewis Hamilton hit back at the rumours as he explained Ricciardo should still be on the grid. 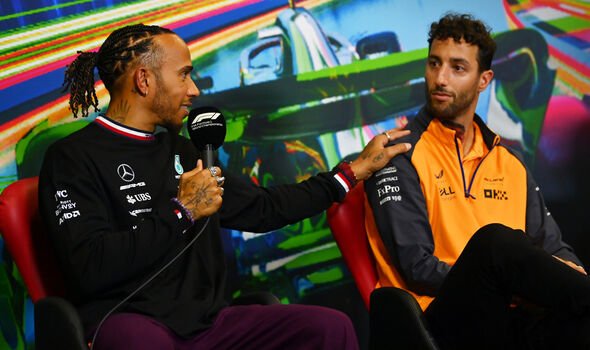 Speaking at Thursday’s press conference, Hamilton explained: “I think he should be racing. I think he’s far too talented. He’s earned the right to be amongst us all racing. Of course, if he’s a part of our team it would be great but I mean the third [driver] role isn’t really a thing. If I was managing him, he would be racing.”

Five teams are yet to finalise their driver line-up for next season meaning Ricciardo’s hopes of an F1 reprieve may not be over. Seats still remain at Alpha Tauri, Alfa Romeo, Alpine, Haas and Williams but there is strong demand.

Sky Sports host Karun Chandhok has also stressed Ricciardo should be on the grid racing next season. The former driver even suggested Ricciardo moving to a reserve role would be a “waste”.